As the 2021-22 season is set to begin as early as in two weeks, with the French Ligue 1 being the one to start off the proceedings, teams across Europe have been probing the entire world for new signatures in order to strengthen their squads and improve upon their performances from the previous season.

Manchester United have gone on to secure good deals for Jadon Sancho and Raphael Varane, while Paris Saint-Germain have acted very smartly this summer, securing three of their four signings on free transfers.

We have agreed a deal in principle for the transfer of @RaphaelVarane to United! 🔴⚪️⚫️#MUFC

But not all transfers have made sense from the beginning as clubs have gone on to do some business this summer which cannot be comprehended at first. So here is FootTheBall to bring you five transfers that were signed this summer that do not make sense for the clubs.

The deal with Real Betis for the joint ownership of Atletico Mineiro’s Emerson Royal in January 2019 made sense at the time for Barcelona as they were investing in a 20-year-old right-back from Brazil who will play quite a few matches for Betis in the league and then can move to the Camp Nou after one or two seasons.

And that has happened as expected, with Emerson playing over 75 matches for the Andalusian club in two and half seasons before moving in the summer of 2021 to the Blaugrana in a €9 million deal. But the point arises on where the Brazilian will play when the squad already has two right-backs and another defender who can deputise whenever needed. 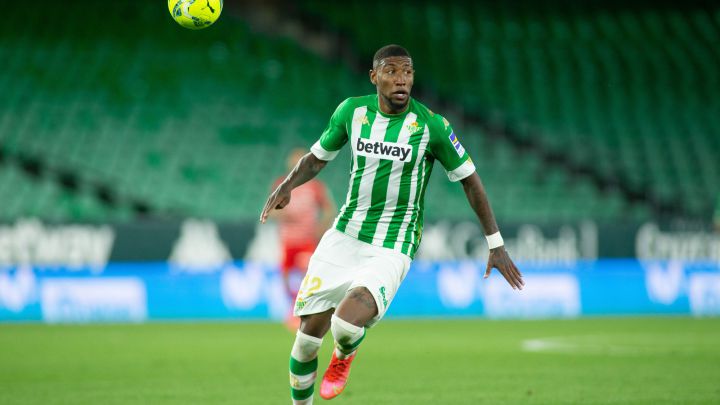 Emerson Royal playing for Real Betis in the 2020-21 season. (Image Courtesy: AS / Website)

Sergino Dest had arrived from Ajax in the summer of 2020 and made the right-back position his own, with 30 leagues appearances last season. Sergi Roberto, who was the first-choice right-back before Dest’s arrival went on to make 15 appearances in the league, although only 9 of them have been from the start. Oscar Mingueza is the other option for Ronald Koeman at present, and he had shown his versatility during the whole of last season.

Emerson might get some minutes here and there during the start of the season, but it will be a task for him to replace Dest, who has found the right chemistry with his teammates.

This might be a hot take, but Bryan Gil signing with Tottenham Hotspur is one of those transfers that do not make any sense as people are struggling to understand how much the youngster will play the upcoming season and whether he is going to play any crucial part in Spurs’ bid to reach the top again.

The 20-year-old would have got more game time if Jose Mourinho or Ryan Mason were still in charge at the club, given their preference to play with a back four and three attackers, but with Nuno Espirito Santo at the helm, that will change drastically as the Portuguese manager is planning on setting up Spurs with his usual back three and two strikers upfront.

We are delighted to announce the signing of Bryan Gil from @SevillaFC! 🇪🇸

Erik Lamela will join the Spanish club as part of the deal.

That would basically suggest a 3-5-2 being prepared and with Gil primarily being a left-footed left-winger, he might be given very few minutes during the entirety of the upcoming season. Heung-min Son, Lucas Moura, and Steven Bergwijn will be ahead of the Sevilla graduate in the pecking order while Dele Alli might be the manager’s trump card in the attacking midfield role.

He will certainly play in some cup competitions and come on as a substitute in the league, but another season in the La Liga with Sevilla would have been more advantageous for the attacker, and probably for Spurs, who parted with nearly 26 million euros plus Erik Lamela for a player who will be nowhere near the first name on the sheet.

Another hot-take of ours, but Memphis Depay will struggle to get meaningful minutes for Barcelona given the attacking options that Ronald Koeman has at his disposal and the way he sets up his side. Although Lionel Messi is currently out of contract, it is a question of ‘when’ rather than ‘if’ he signs a new one, and that effectively will secure him a spot in the starting eleven.

Koeman, during the final matches of the previous campaign, primarily set up his team in a 3-4-3/3-5-2, with Messi as the focal point and Antoine Griezmann, and Martin Braithwaite or Ousmane Dembele supporting the Argentine. While Dembele’s absence for the starting of the campaign might present an opportunity to Depay, Ansu Fati’s return from injury and the signing of Sergio Aguero as an out-and-out striker might limit his game time at Camp Nou.

Ansu Fati is scheduled to return to training in around 3 weeks. If everything goes well, he could play at the Camp Nou on the 19th of September.

And with no club willing to make a move for Antoine Griezmann, whose future in Catalonia is up in the air after the club were told to reduce their wage bill, the Frenchman looks like staying for at least another year. His stay has the potential to further limit Depay’s game-time as Griezmann was just coming into form during the fag end of the previous season.

Even though he might play some role in Everton’s 2021-22 campaign, Demarai Gray isn’t really what the Toffees need going into the season with Rafa Benitez, appointed in the summer, at the helm. Benitez, who also had managed Everton’s arch-rivals, Liverpool in the past, predominantly uses a 4-2-3-1 formation to set up his team and the Spanish coach has got the required tools but not in abundance.

✍️ | Demarai Gray has joined from Bayer Leverkusen for an undisclosed fee after agreeing a three-year contract until the end of June 2024 with the option for a fourth year. @22demarai 🔵

More than a left-winger in Demarai Gray, Benitez and Everton needed wingers who primarily play on the right. Andros Townsend is a good pick on a free transfer, but they will need to buy another established winger on the right to go into the season with depth in the squad.

Gray’s signing can provide that, but it is a lopsided one, given Richarlison and Alex Iwobi, who are the team’s primary left-wingers. Also, the potential Gray had shown during his days at Birmingham is not visible anymore, after his consecutive failures at Leicester and Bayer Leverkusen. 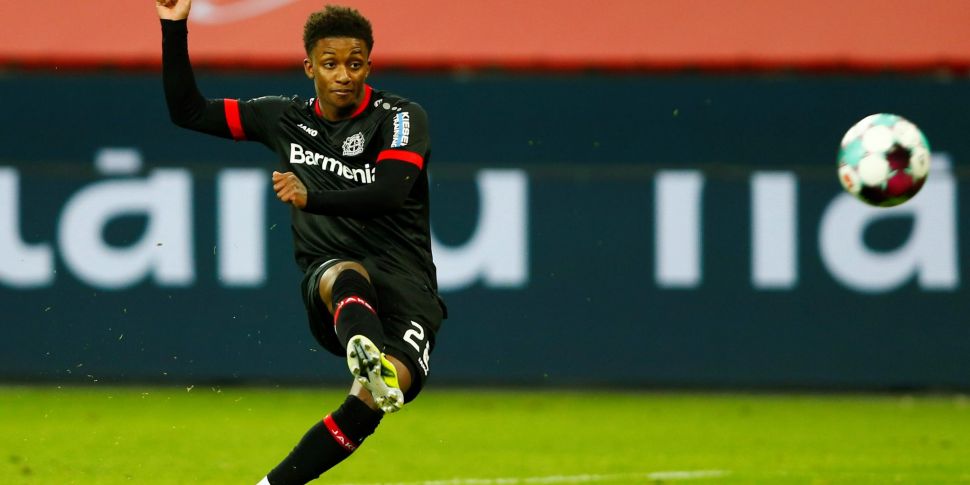 The €2 million deal for Gray might sound cheap, but it is still one of those transfers that do not make sense for the Toffees, who will hope that the 25-year-old will come good.

Yerson Mosquera’s move to Wolverhampton Wanderers is another example of transfers that do not make sense and also the signing of a player from abroad who is set to become either the fourth or the fifth option in his position at the new club. The Colombian had joined the youth set-up of Atletico Nacional in 2018 and made his debut for the first-team in 2020, where he impressed everyone with his mature performances in the Copa Sudamericana.

This prompted Wolves to take a plunge on the centre-back, who had only made a total of 26 senior appearances of Los Verdolagas, after being on the verge of signing for Belgian champions, Club Brugge. However, the problem with the signing of Mosquera is that he is going to get nearly zero minutes for Wolves, given their depth in the centre-back position, who also boast other position players that can play as the centre-back whenever required.

Introducing our first signing of the summer…

Conor Coady, Willy Boly, Roman Saiss, and Max Kilman are already at the club as central defenders, with the likes of Leander Dendoncker and Marcal able to deputise in the heart of the defence when needed. Even the new manager, Bruno Lage plays a back four predominantly, unlike his predecessor, which leaves only two centre-back positions up for grabs. 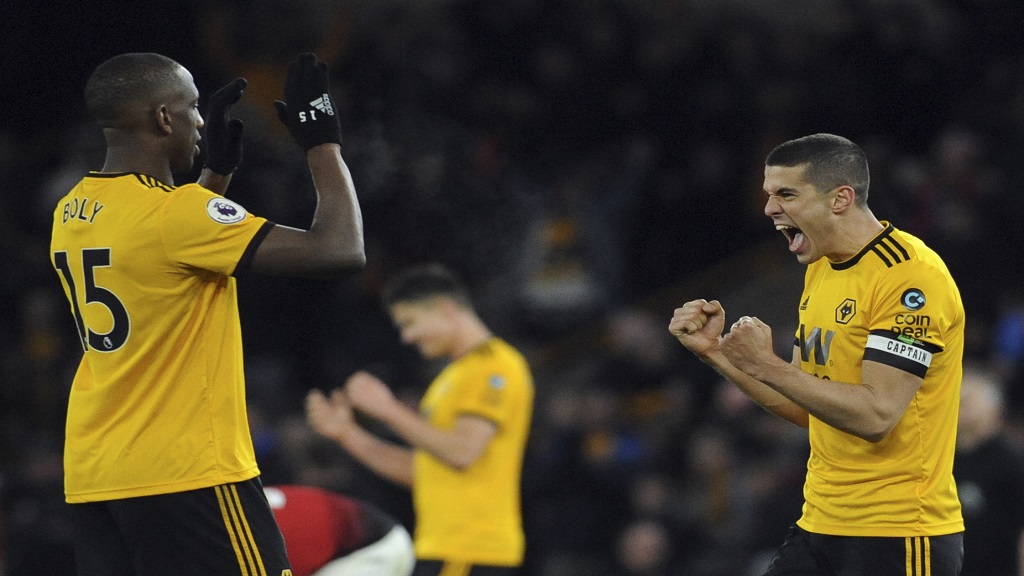 With Coady and Boly being the first-choice centre-backs, it will be difficult for Mosquera to get game time at the club. (Image Courtesy: Wolves / Website)

Mosquera might have to go on loan to get some game time otherwise he is certain to warm the bench for nearly the entirety of the 2021-22 campaign.