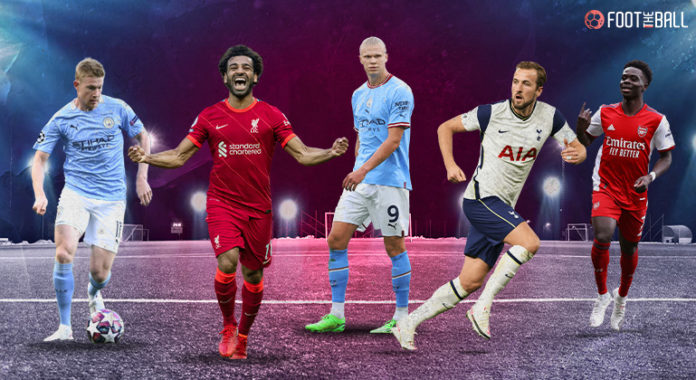 The Premier League is back after the World Cup, as all teams restarted their campaign on Boxing Day. After years of dominance by Manchester City and Liverpool, this time, the top two feature Mikel Arteta’s Arsenal and the newest powerhouses, Newcastle United. And at the same time, Liverpool and Chelsea are languishing at sixth and eighth, respectively.

Several new stars have also emerged who have shown they have the skill to cut it out at the best league in the world. The teams also spent an obscene amount of money to acquire new players. None of them have been as successful as Erling Haaland, though, who has been scoring goals for fun. There are others also like Miguel Almiron, who has been Newcastle United’s best attacker despite being at the club before the Saudi takeover,

Erling Haaland: What an impressive investment Erling Haaland has been for Manchester City. The Norwegian had huge shoes to fill as City had failed to find a prolific striker who could be Sergio Kun Aguero’s successor. However, Haaland has taken to the City team like a duck to water scoring 25 goals, the most in the Premier League. This includes his four hat-tricks, three of which he scored in three consecutive matches. His form has not dropped even after the World Cup, as he has scored three goals in three games.

Harry Kane: One of the best strikers in the world, Harry Kane, has continued his form this season. The forward has scored 15 goals, which is why Tottenham is in the top-four race. And while he may not be in the best of minds after finishing a crucial penalty in the 2022 FIFA World Cup, Antonio Conte will need him at his best if Tottenham want to get something out of the season.

Ivan Toney: The Brentford man is in the form of his life, scoring 13 goals in the current Premier League season. His latest came in the Boxing Day clash against Tottenham Hotspur. And while he may not have gone to the 2022 FIFA World Cup, his goal-scoring exploits could prompt Gareth Southgate to call up the striker.

Aleksandar Mitrovic: Fulham have had the displeasure in recent seasons of experiencing immediate relegation after winning promotion to the Premier League. However, it seems they will buck the trend this time, and the ten goals scored by Aleksandar Mitrovic have played a big part in it. The Serbian has scored crucial goals and has the difference between relegation and survival for the Cottagers.

Rodrigo: Leeds United are having a nightmare of a season, as they are just three points ahead of relegation. Rodrigo, however, has been the only positive spark scoring ten goals, 40 per cent of Leeds’ total tally. If Leeds are to survive the drop to the Championship, then Rodrigo needs to bring in the goals.

1 – Erling Haaland is the first player in Premier League history to score a hat-trick in three consecutive home games in the competition. Monster. pic.twitter.com/Iys0rdu4ey

Kevin de Bruyne: New season, new players, but same old Kevin de Bruyne. The Belgian is among the best midfielders in the world and has shown his class this season by providing 11 assists. In addition, he has been the perfect partner to Erling Haaland, which has left the opposition in complete disarray.

Bukayo Saka: Arsenal do not have any player in the top 10 goals scorer but have two players among the top five assist providers, which explains why they are top of the Premier League table. Bukayo Saka has been the creator-in-chief for Arsenal, using his speed, trickery, and impeccable passing to leave the opposition bamboozled with his seven assists.

Christian Eriksen: No one would have thought that one of the most successful transfers would be of Christian Eriksen. The Danish midfielder has been a brilliant addition to the Reds, racking up seven assists. His brilliant performance has undoubtedly helped manager Erik Ten Hag turn around Manchester United’s dismal start to the season.

Gabriel Jesus: Gabriel Jesus is the next best man in the Arsenal team in terms of assists. The Brazilian joined the team in the summer and has taken no time to settle. Jesus has scored five goals and provided five assists and has been Arsenal’s most dangerous attacker so far in the season.

Alex Iwobi: It has been another season of disaster for Everton, as they are just one point above the relegation zone. However, Alex Iwobi has still been a consistent performer providing five assists which has ensured that Everton are at least not last on the Premier League table.

Nick Pope: While he did not start for England in the 2022 World Cup, Nick Pope is undoubtedly the most in-form goalkeeper in the entire Premier League this season. With 11 clean sheets to his name, Pope has helped Newcastle win crucial points and climb all the way to third place in the Premier League.

Aaron Ramsdale: Like Nick Pope, Aaron Ramsdale is also aiming to be England’s number-one goalkeeper. Ramsdale has kept nine clean sheets so far and helped Arsenal establish a eight-point lead at the top of the Premier League.

David de Gea: Manchester United’s incredible resurgence has been made possible by several players and goalkeeper David de Gea is one of them. The shot-stopper has kept eight clean sheets and combined with a solid defensive partnership of Lisandro Martinez and Raphaël Varane.

Ederson: Manchester City are aiming to win the Premier League for the third consecutive time. And goalkeeper Ederson has been an integral part of it. The City shot-stopper has kept seven clean sheets in the current season, the latest of which came in the 1-0 away win to Chelsea.

David Raya: Brentford have been punching way above their weight as they are currently in eighth place above Liverpool and Chelsea. The club has the sixth-best defensive record in the league, with goalkeeper David Raya keeping seven clean sheets rescuing the club on essential occasions and winning them crucial points.