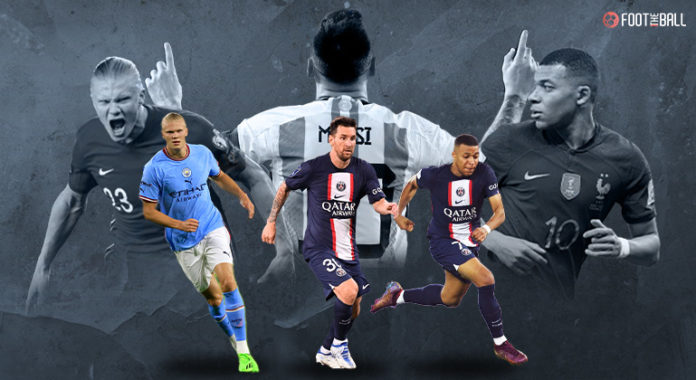 The Ballon d’Or is one of the most prestigious individual awards in world football. Awarded to the player deemed to have had the best season as voted by his peers, it was dominated in the late 2000s and 2010s by Lionel Messi and Cristiano Ronaldo.

Karim Benzema was awarded the Ballon d’Or 2022, becoming the oldest recipient since Sir Stanley Matthews to win the award.

Leagues around Europe will also be hoping to break the monopoly La Liga has on the Ballon d’Or. Champions League glory has often been crucial to claiming the prestigious award, whilst this winter’s World Cup could also go a huge way to deciding who claims the accolade in 12 months’ time.

Previously, a player’s achievements from January to December in a given year were what the Ballon d’Or was based on, which rather confusingly made it two half seasons. Now, however, a typical full club season from one summer to the next is the timeframe things will be judged on.

Right in the middle of that for the 2023 award was the 2022 World Cup, with the finals in Qatar taking place after the 2022 Ballon d’Or ceremony.

There is no set date for the Ballon d’Or 2023 ceremony and while 2 of them are early favourites to win it, Lionel Messi is one of them who is in pole position to be one of the top contenders to win football’s biggest individual award. Closest to him is Kylian Mbappe, and he will finish 2022 with the most goals scored for club and country following his World Cup participation with France.

His total of seven Ballon d’Ors looks set to stand forever, but adding an eighth would further cement his legacy.

Messi played in his last World Cup in Qatar 2022 and not only did he end up winning the Golden Ball at the tournament(the only player in World Cup history to have won it twice), but the Argentine legend also went all the way to finally win the most prestigious trophy in football.

PSG are also hunting their first Champions League and helping them conquer Europe would be his fifth success in the competition. Messi has also started the season impressively after an indifferent first year in Paris as he begins to hit top form once more.

These 2 got to win the UCL for PSG 😬#Messi #Mbappe #PSG pic.twitter.com/00ZQgvcsLc

There is still half of the season left to play for the 23-year-old to keep making a case of his own, and he scored a hat-trick in the 2022 FIFA World Cup final against Argentina. Mbappe also won the golden boot award at the end of the tournament and has scored a total of 55 goals in 2022. He has recorded 12 goals for France and 43 with PSG across all competitions.

The French international has scored one goal in 20 different games, a brace in 10 different matches and a hat-trick in five different fixtures for club and country. Mbappe was the best player for France at the World Cup and he is trying to lead PSG to win their first UEFA Champions League this season.

Manchester City’s newest star didn’t have the chance to play at the World Cup. Yet he has arguably exceeded expectations since moving to English football, scoring 24 goals in only 19 appearances by the time Christmas came around.

Neymar is enjoying a renaissance after a couple of injury-interrupted season’s in the French capital.

The Brazilian has 15 goals and 12 assists in 20 games as PSG once again romp to glory domestically and look a threat in the Champions League. His partnership with Messi and Mbappe is a frightening prospect for any defence.

Unfortunately, the 2022 World Cup didn’t go to plan for Neymar or Brazil. He missed two games due to injury before the Selecao were knocked out in the quarterfinals by Croatia.  He’ll need to bounce back strongly with PSG to keep pace in the Ballon d’Or race.

The World Cup Golden Glove winner is likely to be among the nominees for that feat. His incredible save late in the final against France directly contributed to Argentina eventually lifting the trophy.