Loan moves for particular players for clubs are beneficial in the long-term both for players themselves and the parent club. The club profits from releasing players who are not currently needed and players get relevant exposure and experience.

It is not uncommon for such football players to return from a loan move as more dynamic athletes and individuals given their spell at a different club.

The players get to enhance their repertoire and skill set in a different environment and then, more often than not, return back to the parent club to stake their claim in the squad and the starting line-up. 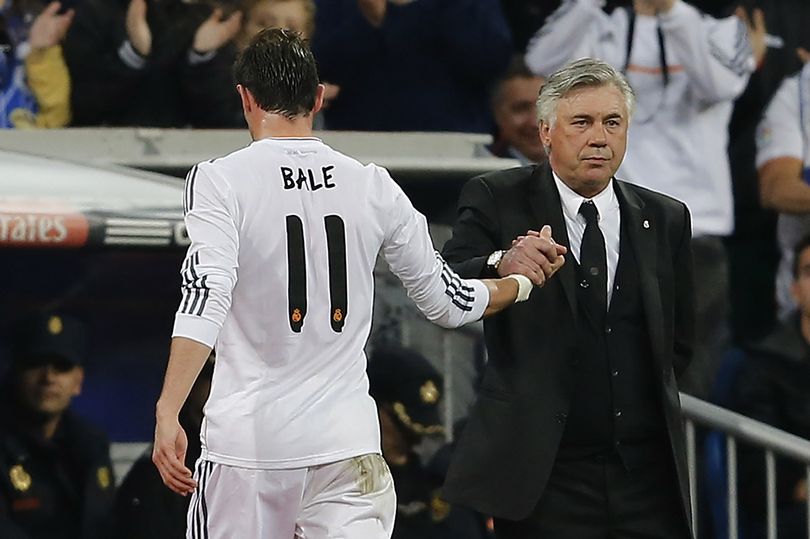 The parent clubs on the other hand, get the chance to retain ownership rights of the players who are on loan and then enjoy the fruits of the players’ development in the subsequent years.

As such, FootTheBall takes a look at the top 10 players out on loan who can return to their parent club and make a significant impact on their fortunes next season in club football

The Welsh player made the loan move back to London to play for Tottenham Hotspur as he bid to represent Wales in UEFA Euro 2020 this summer. And he lit up the English top-flight this past season with the Lilywhites.

Bale scored 11 goals and delivered 2 assists in the Premier League as he was Spurs’ third-best attacking talent behind the duo of Harry Kane and Son Heung-min. With Carlo Ancelotti back at the helm in Madrid, Bale might just be on the verge of his renaissance under the Italian.

Bale, playing from the right-wing might provide creativity and pace that Real have not found on the left wing with Eden Hazard. The Welshman can help them set up another title challenge in Spain for their crosstown rivals Atletico Madrid.

The Englishman went on loan to London club West Ham United and literally took the Premier League by storm in the second half of the 2020-21 season.

The Hammers qualified for European football by securing a sixth place finish and booking their place in the Europa League for next season.

And Lingard was instrumental for them as he scored 9 goals and laid 5 assists for David Moyes’ side in 16 appearances since January 2021 as the London outfit enthralled spectators with their attractive brand of football.

Juventus need fresh legs in defence to help out the likes of Chiellini and Bonucci as the Bianconeri prepares for life as title challengers rather than defending champions in Serie A.

Juventus were just able to qualify for Champions League next season on the last matchday of Serie A due to a Napoli slip-up.

Cristian Romero meanwhile finished above his parent club in 3rd place in Serie A with Atalanta and was even called up to the Argentina squad for Copa America 2021 owing to his brilliant performances for his loan club in Italy.

He falls in the category of players who thrive once they are sent out to a different club on a loan deal for a season or two, evidenced by his meteoric rise in Bergamo.

Los Rojiblancos lacked a partner upfront for Uruguayan forward Luis Suarez last season, even though it didn’t affect the former Barcelona player’s performances in front of goal, but Morata can be the key to increasing Suarez’s output next season. 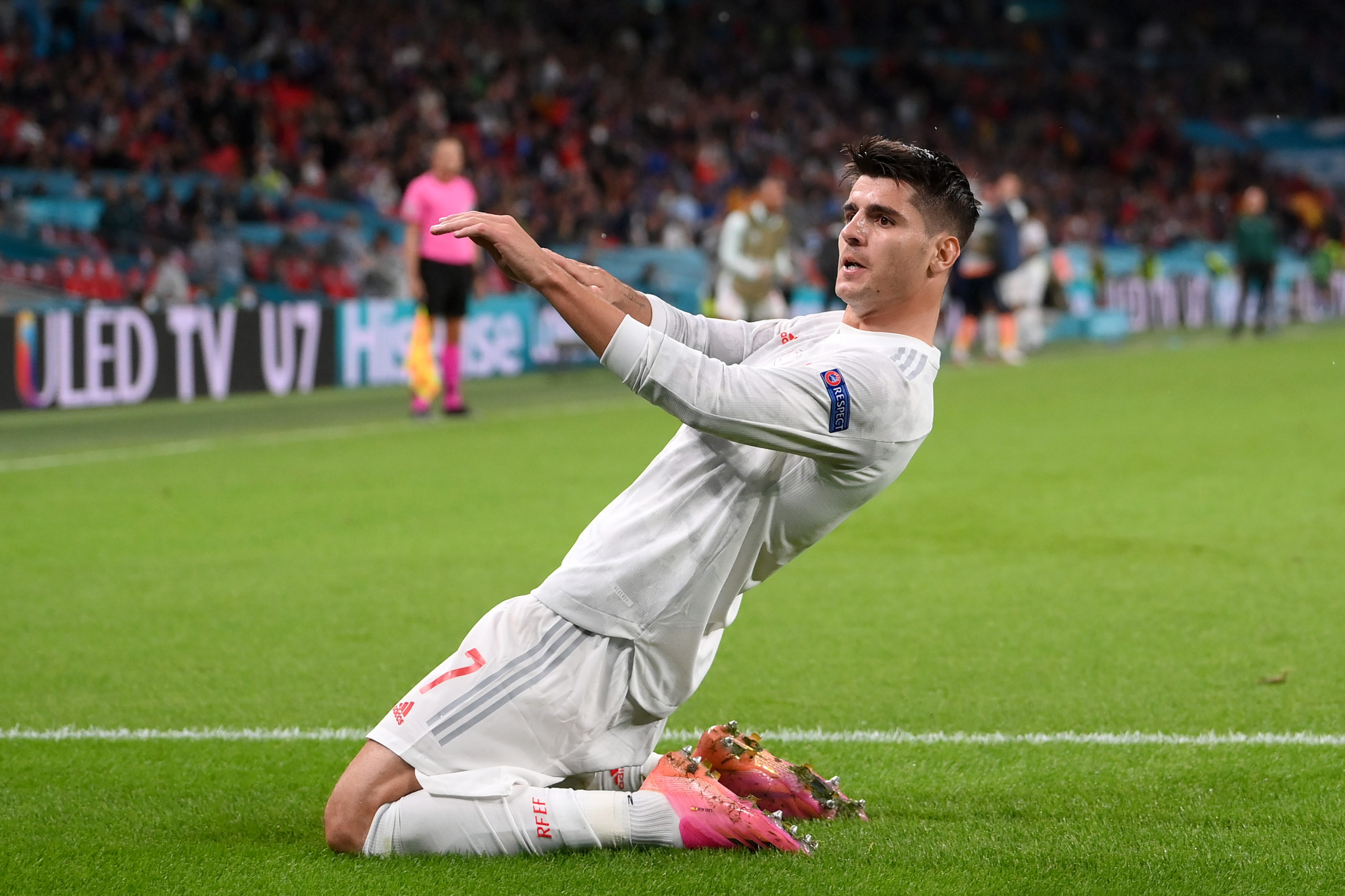 The Spaniard can play as Suarez’s aide in front and grant him the license to roam more freely in the final third of the pitch as Atletico Madrid defend their league title from falling in the hands of either Barcelona or Real Madrid.

Morata performed well for Juventus, scoring 11 goals in 32 appearances in the Italian top-flight, and will act as the perfect right-hand man to Luis Suarez upfront from the next season onwards.

He also scored 3 goals for Spain in UEFA Euro 2020, all of them coming in the knockout stage as Spain reached the semi-finals of the quadrennial tournament.

In addition to that, he has acquired a reasonable amount of experience in England, Italy, and Spain courtesy of his loan moves and permanent transfers and will be raring to go alongside other players on Diego Simeone’s side.

Everton finished in 10th place last season in the Premier League. The Toffees conceded more goals than they scored in the English top-flight during the 2020-21 season.

Their goal difference at the end of the season was (-1) and Rafael Benitez will be hoping that Moise Kean emulates his performances from last season in Merseyside this time.

The 21-year old scored 13 goals in 26 appearances for Paris-Saint Germain in the 2020-21 campaign as Les Parisiens finished 2nd in Ligue 1, just one point behind winners Lille.

And Kean will be tasked with supporting club stalwarts Dominic Calvert Lewin and Richarlison upfront as they bid to improve on their 10th place finish last term.

While Moise Kean will make the journey from France to England, Areola will be going the other way to rejoin parent club Paris-Saint Germain after his spell at Fulham that saw him getting regular minutes on the pitch.

And even though Fulham were relegated from the Premier League, Areola was named the best player in the Fulham squad by supporters and fans.

With Luka Modric in the twilight of his career, it is seemingly sensible that Real Madrid should be on the lookout for young talent that can fill in for the Croatian captain in the middle of the park, even though it would be foolish to look for a like-for-like replacement.

Luka Modric will turn 36 this September and it is the perfect time for Los Blancos to bring in Odegaard from Arsenal and give him time to adapt in the Real Madrid first team.

A lack of game time in Madrid saw Kuka Jovic being loaned out to former club Eintracht Frankfurt in Germany in the winter transfer window of 2021. In the 2019-20 season, Jovic scored only 2 goals across 17 appearances for Los Blancos as the club won the La Liga.

But midway in the 2020-21 season, he was loaned out to Eintracht Frankfurt where he scored 4 goals and delivered 2 assists for the German club as they finished in 5th place and qualified for the Europa League in 2021-22.

Harvey Elliott is a right-winger who was loaned out by Liverpool at the beginning of the 2020-21 season to Championship club Blackburn Rovers in the English second division.

The 18-year old impressed for the Riversiders in the Championship even though they finished in 15th place, scoring 7 goals and delivering 11 assists. Liverpool looked somewhat jaded and lethargic during the last season.

And Jurgen Klopp can definitely use a breath of fresh air by giving Harvey Elliott a break in the Liverpool team next season, while resting key players like Salah and Mane during cup games

Pedro Porro, the 21-year old Spanish right-back/ right-winger has been one of the numerous Spanish players to be acquired by Pep Guardiola from La Liga.  The full-back plied his trade in La Liga before coming to the Premier League.

And last season he was at Sporting CP in Portugal as the Green and Whites won their first league title in almost 2 decades as they only let in 20 goals across the entire season in 34 games.

Porro would be a good backup option to regular right-back Kyle Walker at the Etihad this summer and given his versatility as a right-winger he would further enhance the Premier League champions’ depth in the squad.