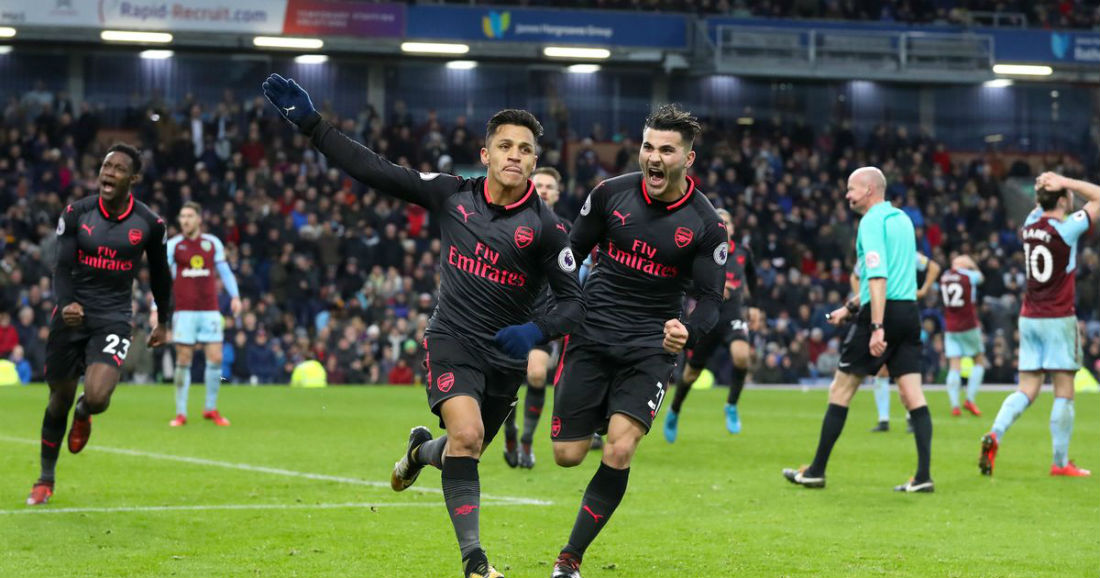 Burnley 0 Arsenal 1: Heartbreak For Burnley As Alexis Sanchez Nets In Last Minute Penalty To Send The Gunners To Fourth Place In The Premier League Standings

The win meant Arsenal jumped to fourth place in the Premier League standings above rivals Tottenham and Liverpool. Burnley were terrific and a draw would’ve been a fair result, but the Gunners nicked it at the death. For 91 minutes it appeared as though a resolute Burnley defence would keep the Gunners at bay and keep their fourth clean sheet in a row.

But referee Lee Mason pointed to the spot after midfielder Aaron Ramsey was pulled down in the box by James Tarkowski with just seconds left on the clock. 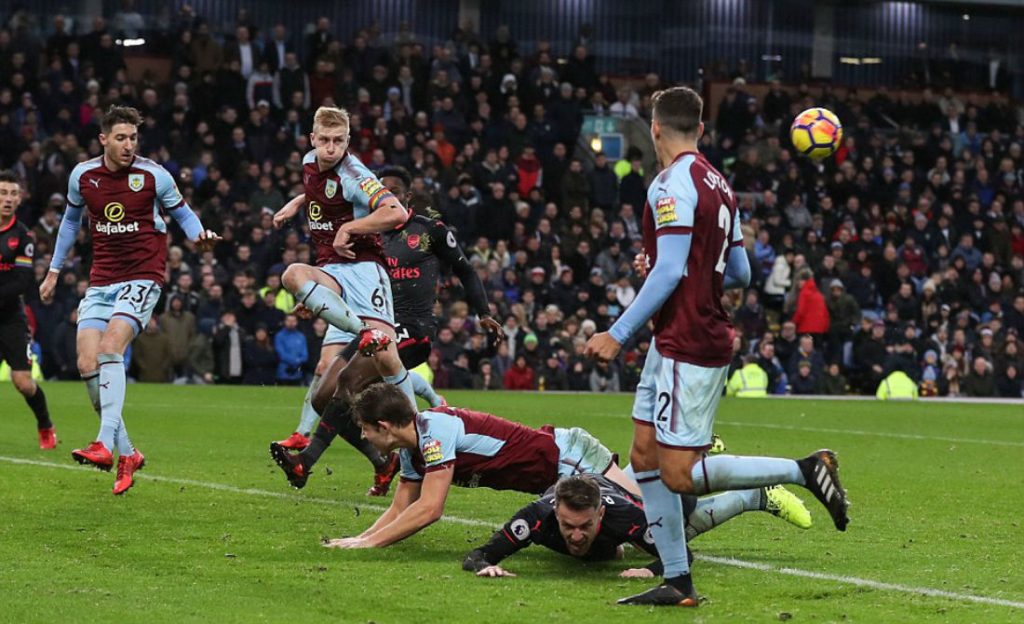 And Chilean forward Alexis Sanchez, who could leave the Gunners in the winter transfer, drilled the penalty low to keeper Nick Pope’s right to give Arsenal all three points,even as the home fans booed the officials of thee field at the final whistle.

These two teams were neck and neck in the top half of the table going into this game and there was no sign that either side was going to come out on top.

But for the third successive Premier League game, Arsenal beat Burnley thanks to a last minute goal. But Arsenal coach, Arsene Wenger couldn’t understand what the fuss over the penalty was. 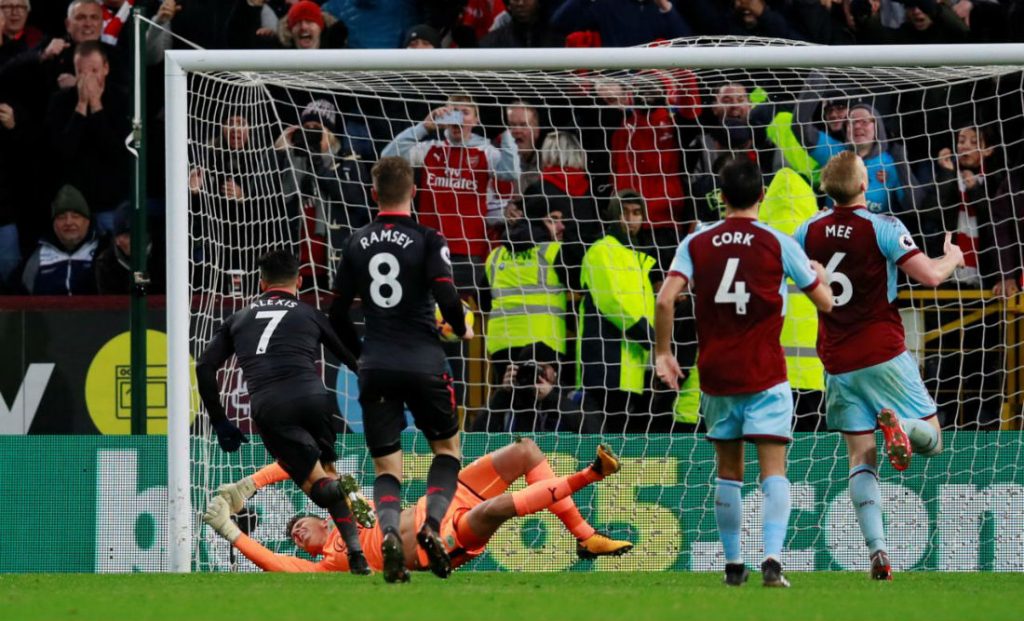 ” He was pushed in the back,’ Wenger said of the shove on Aaron Ramsey which gave Alexis Sanchez the chance to score a 92nd-minute penalty — 14 months after Arsenal had won here in the 93rd minute, through a goal Laurent Koscielny touched in with an arm from an offside position.

He had a problem in the neck from the push,’ Wenger added in defence of Ramsey. ‘It was a very strong push.’ 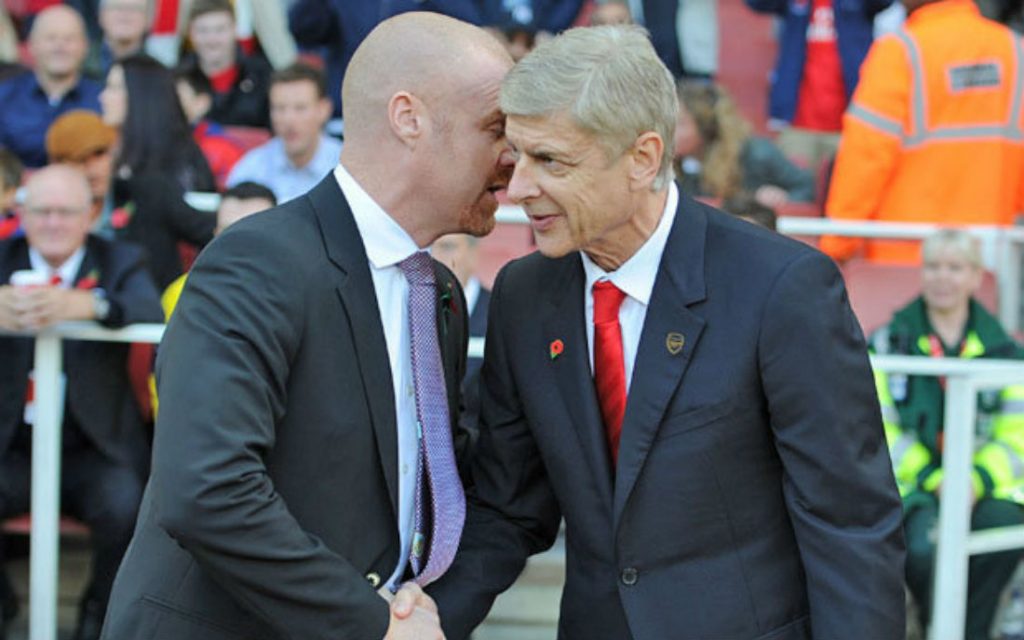 Burnley coach Sean Dyche however was left frustrated and risked an FA charge on Sunday night by implying that referees were biased in favour of the bigger clubs.

Dyche said, ” There’s a lot of me inside that’s raging. We’ve had those not given. The bigger clubs seem to get the decisions.”