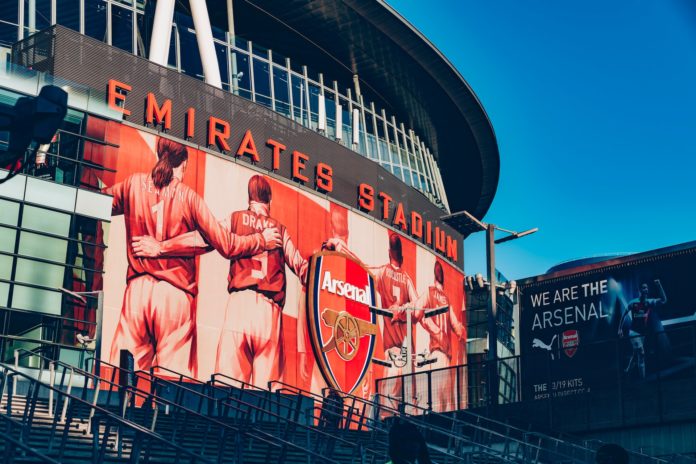 The wheels of revolution are turning at Arsenal. Patterns of play are emerging, players look confident, and there’s a certain steely determination in Mikel Arteta. That determination and confidence have directly translated into results on the pitch. Pegged as outside challengers for the top-4 spot coming into the season, Arsenal have surprised everyone by becoming pace-setters for the title. Can they keep it up? Premier League betting markets are hot. Are Arsenal a flash in the pan, or are they the real deal? Who better to have his say than the player once described by Arsene Wenger as “the best right-back in the Premier League”, Bacary Sagna?

Bacary Sagna sat with Betway to talk about Gunners’ surprise resurgence, the progress they have made and what lies in the club’s future.

It is the question on everybody’s minds. Are Arsenal title contenders? Bacary Sagna has seen enough to say yes, they are.

“I feel Arsenal can be the main competition to Man City for the Premier League title, who of course remain the very strong favourites.

“I don’t see any other team that can challenge them. Of course, you can’t totally rule out Liverpool, but they have lost Sadio Mane and don’t look the same without him.

With Arsenal having made a perfect start it feels like they could be the main contenders to compete with this incredible Manchester City side for the Premier League title,” Sagna said.

A big part behind Arsenal finally finding a direction after some turbulent years has been manager Mikel Arteta. Sagna sees a lot of Pep Guardiola in Arteta, now widely regarded as one of the best young managers in football.

“Both of them are fully committed to the job. They want to give back the knowledge they got to learn as player. I’m not surprised that they worked together because they have the same values and ideas about football.”

Of course, the manager can only do so much before the game. At the end of the day, it is the players who take the field with the responsibility to carry out the instructions to a tee. For this, any manager needs his transfer targets. Arsenal have struck gold in this area, mainly with the signing of Gabriel Jesus. Although all of Arsenal’s signings this window have started well, Jesus has transformed the mood around the whole club. His relentless running, elite finishing and personality have instantly made him a fan favourite. Count Bacary Sagna as another fan.

Arsenal is still cooking! Still no 1 on the Table! 🤪 pic.twitter.com/cgH2tJiGcB

“Gabby is perfect for Arsenal. He is very clever on the pitch, he knows where to press, he is always there to put pressure on you. As a defender, he is annoying to play against because he has skills, he is powerful and in front of goal he is clinical.

I think he is the kind of player who needs to play regularly to perform. It was a bit difficult for him at Man City not being able to produce what he could every single weekend. I was also like that. I needed to be playing regularly to be perfect physically and mentally.

He is a natural fit at Arsenal because it is a team that uses young players and has the right mentality for him. It’s a nice environment.”

The first quality that needs to be seen in a title contender is their ability to recover from setbacks. Arsenal hadn’t faced any till the fifth game of the season, winning all five. However, a defeat was bound to come at some point and that’s what it did in the sixth game, away to Manchester United.

We stick together. We go again.

Thank you for your support today 👏 pic.twitter.com/MiOeYxzgWh

Setbacks are a part of a long and arduous season. The ability to set them aside and pick yourself up again is what separates contenders from pretenders. If Arsenal can rally from hiccups and go on winning runs again, Bacary Sagna’s prediction might not be too far off the mark. After all, nearly 20 years without a league title is too long of a time in the wilderness for a club of Arsenal’s stature.