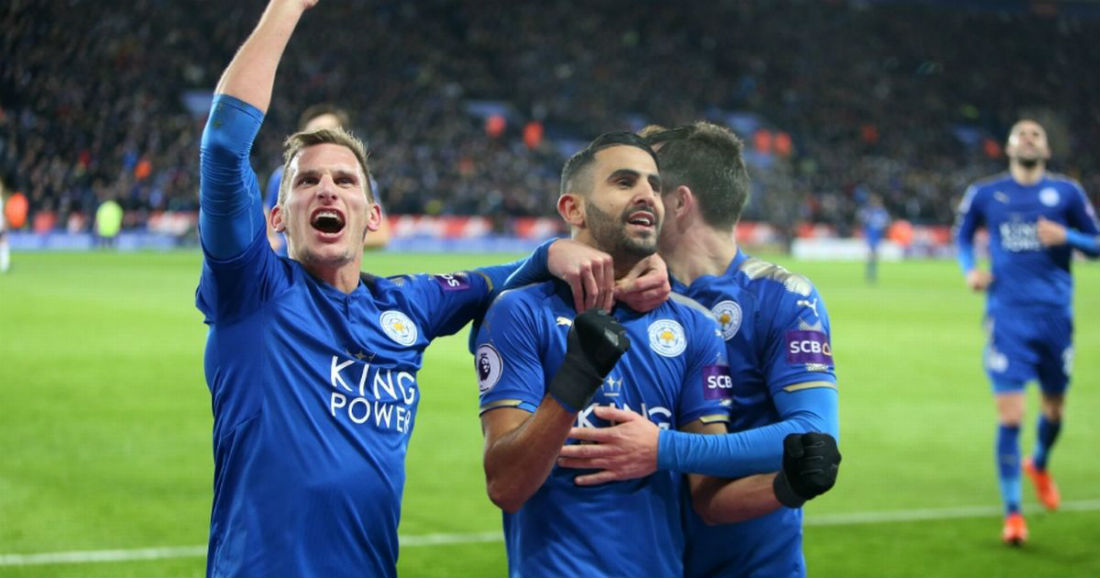 Leicester City continue to impresses under Claude Puel and the Foxes moved into the top 10 in the Premier League with a 2-1 home win against Tottenham Hotspur.

Jamie Vardy scored one of the goals of the season to give Leicester an early lead which Riyad Mahrez extended just before half-time. 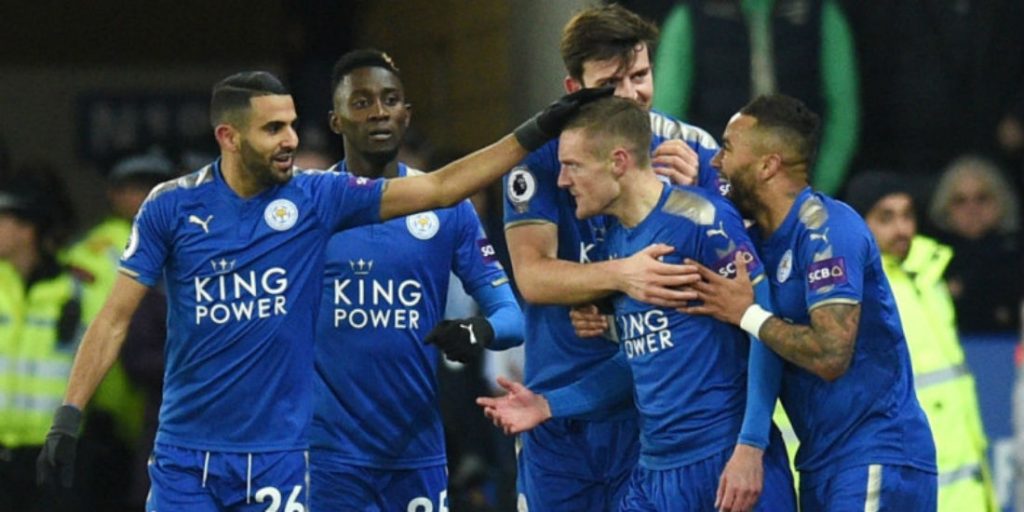 The England forward watched Marc Albrighton’s inch-perfect chip float past his left shoulder before leaping into the air to deftly volley the ball over a startled Hugo Lloris. The Frenchman simply couldn’t believe what he had just witnessed as the ball sailed over him and into his gaping net.

Algerian winger Riyad Mahrez added a stunning second at the stroke of half time when he unleashed a peach of a strike which ripped into the far corner of Lloris’s net from the corner of the penalty area. 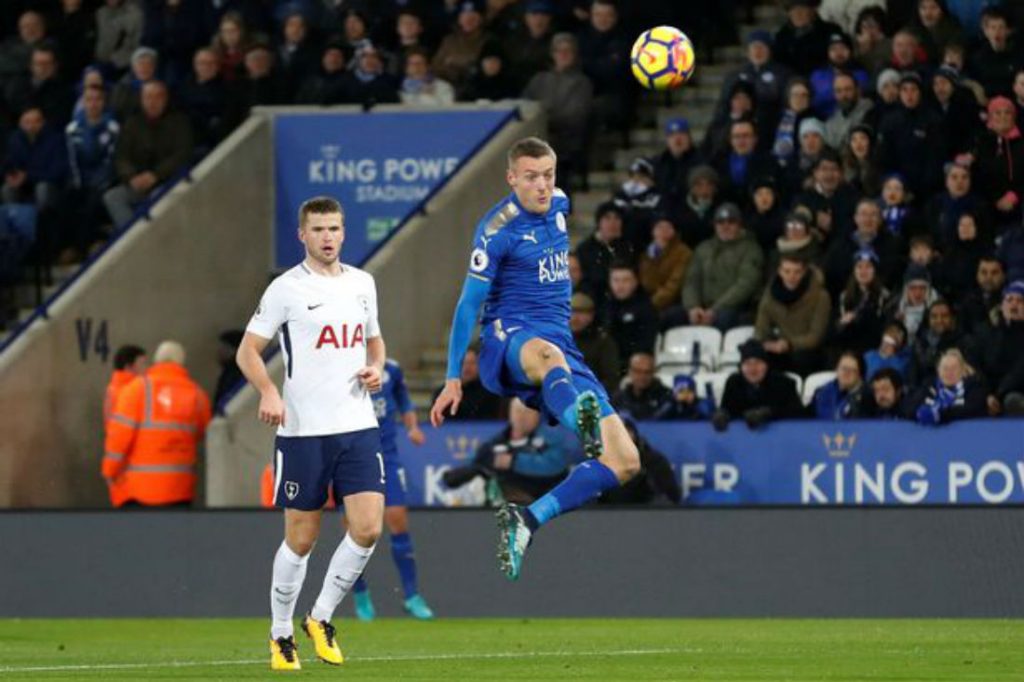 A criticism of Leicester under Claude Puel – this was only his fifth game in charge – has been that his team’s second-half performances have not matched that of their first-half displays – and it was the case again on Tuesday night.

Tottenham stepped up their game in the second half and created innumerable chances.

The ever reliable Christian Eriksen and  Fernando Llorente both missed sitters as Leicester wobbled in a thrilling finale. 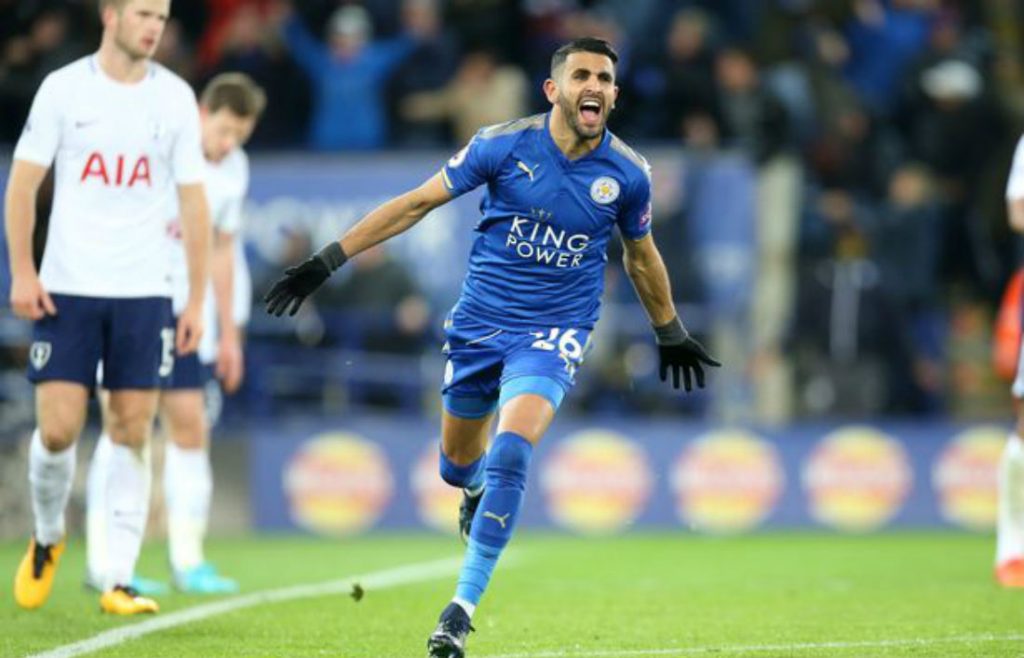 Harry Kane briefly raised hopes of a Spurs comeback when he drilled substitute Erik Lamela’s through ball beyond Kasper Schmeichel with 12 minutes left on the clock.

Spurs were unfortunate not to compete some sort of comeback, particularly when Wilfred Ndidi appeared to trip Danny Rose in the penalty area in injury time.

But it was too little, too late for a Spurs side which has now won just one of their last six domestic games. 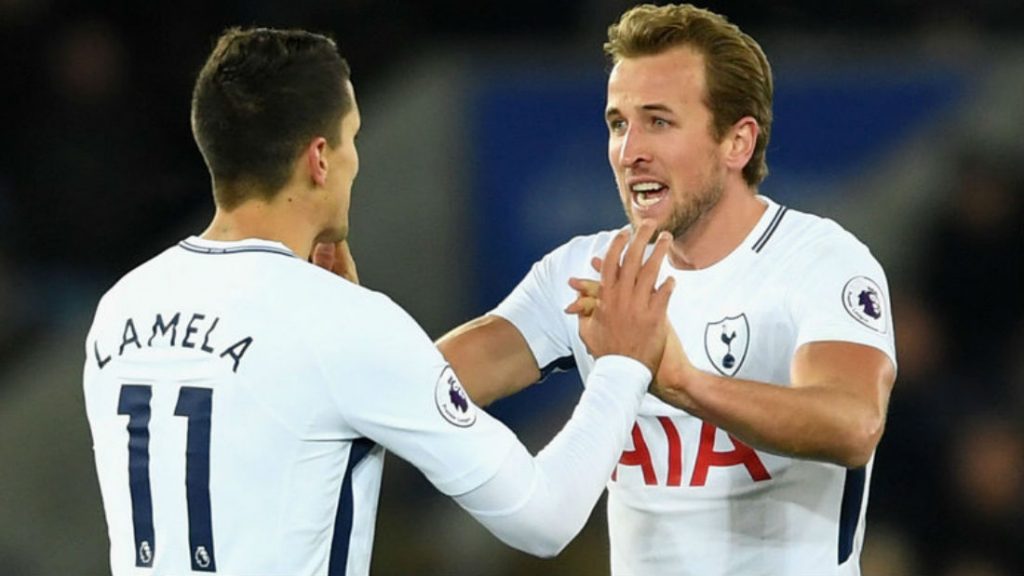 The loss left Mauricio Pochettino’s Tottenham side trailing leaders Manchester City by 13 points and if Pep Guardiola’s men beat Southampton, the gap would extend to 16 points.

In terms of a title challenge this season, Pochettino knows the game is up.