Former Chelsea star striker, Didier Drogba, who now plays for Montreal Impact got in a bit of altercation with some New York Red Bulls fans as the frustrated Ivory Coast player’s side lost 1-0 to the home side at the Big Apple on Saturday evening.

Security was required to keep Drogba and the fans apart before the 104-cap international, who had just one shot in the defeat, ultimately returned to the dressing room with team-mate Matteo Mancosu after appearing to apologise to other nearby fans. 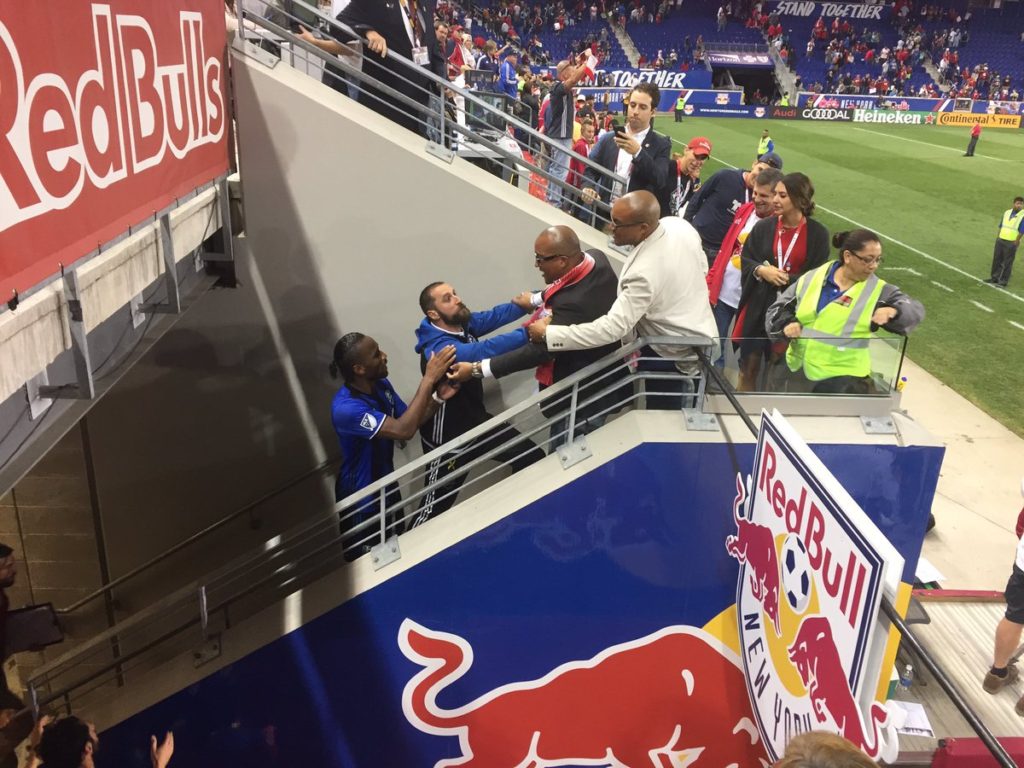 ‘There were two fans who were showing their enthusiasm a little too much,’ Drogba said.

‘They crossed the line a bit, that’s all.’

EMBARRASING from Didier Drogba and a pair of #RBNY fans who need to be restrained from each other by security pic.twitter.com/hYtByeTAKN

The Ivorian has not been able to produce the magical form he had at Stamford Bridge as the Canadian club have lost three of their last four games and slipped to fifth in the Eastern Conference standings.

Drogba has scored twice during those games but was shut out by Red Bulls as he managed just a single shot during the game in Harrison.

With four regular season games remaining, Impact are just a point above sixth-placed DC United, who hold the final play-off place, and two ahead of New England Revolution in seventh.

Red Bulls have already clinched a play-off spot and are level on points with Toronto at the top of the Eastern Conference.

Post tags:
ChelseaDidier DrogbaEnglandFootballfoottheballMLSSoccersoccer newsSports
previous post
Ronaldo Is Angry Again But This Time With Coach Zidane
next post
Roman Abramovich Must Back The Different Shades Of Antonio “The Godfather” Conte