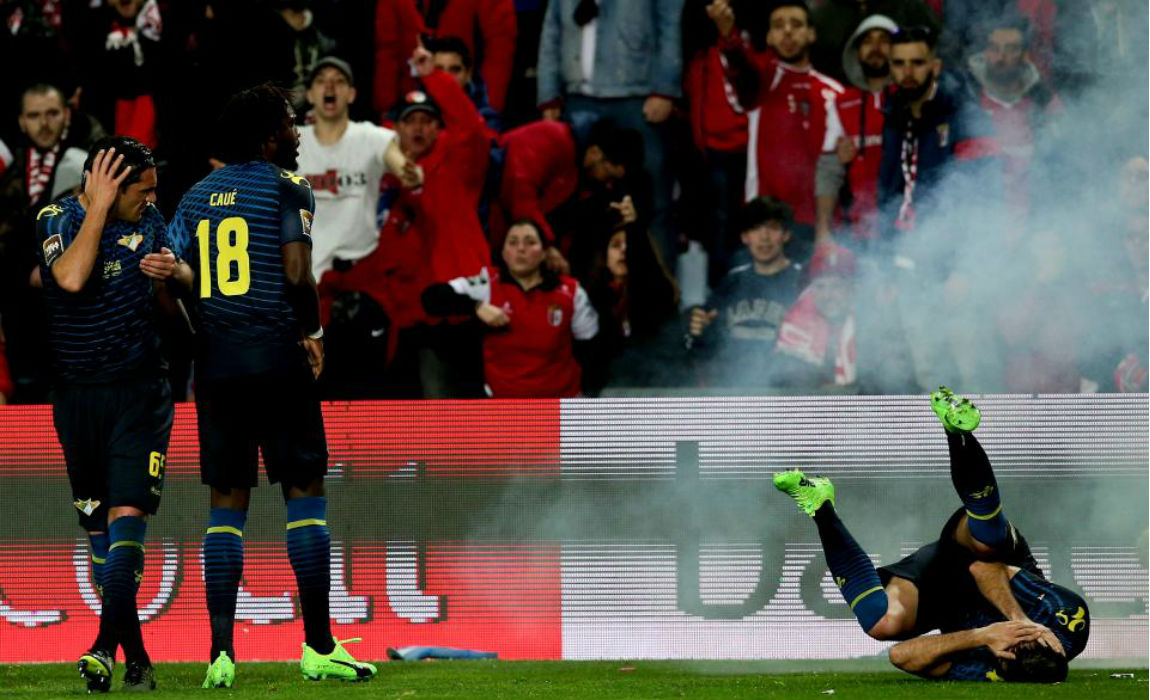 Portuguese cup final between Braga and Moreirense was marred by firecrackers with two players being hit out by angry fans. 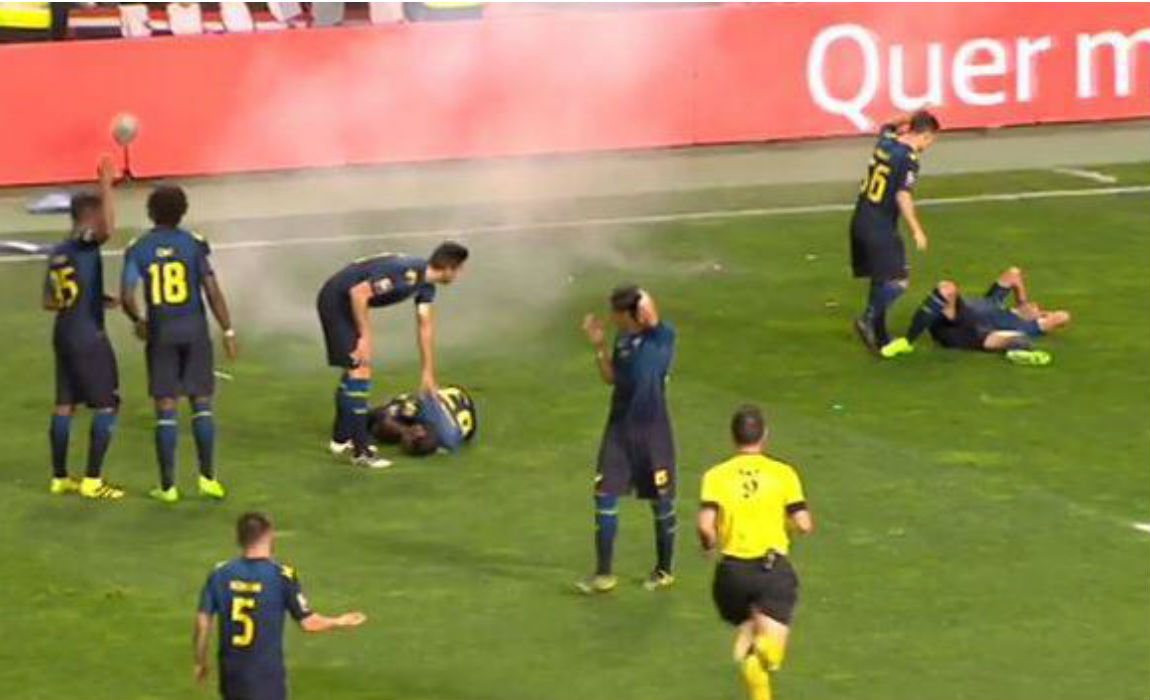 The incident occurred after Moreirense took a shock lead through Caue converting from the spot on the stroke of half time. That is when the trouble started on the pitch.

Striker Roberto Rodrigo was one of the victims to go down when the firecracker exploded near him. 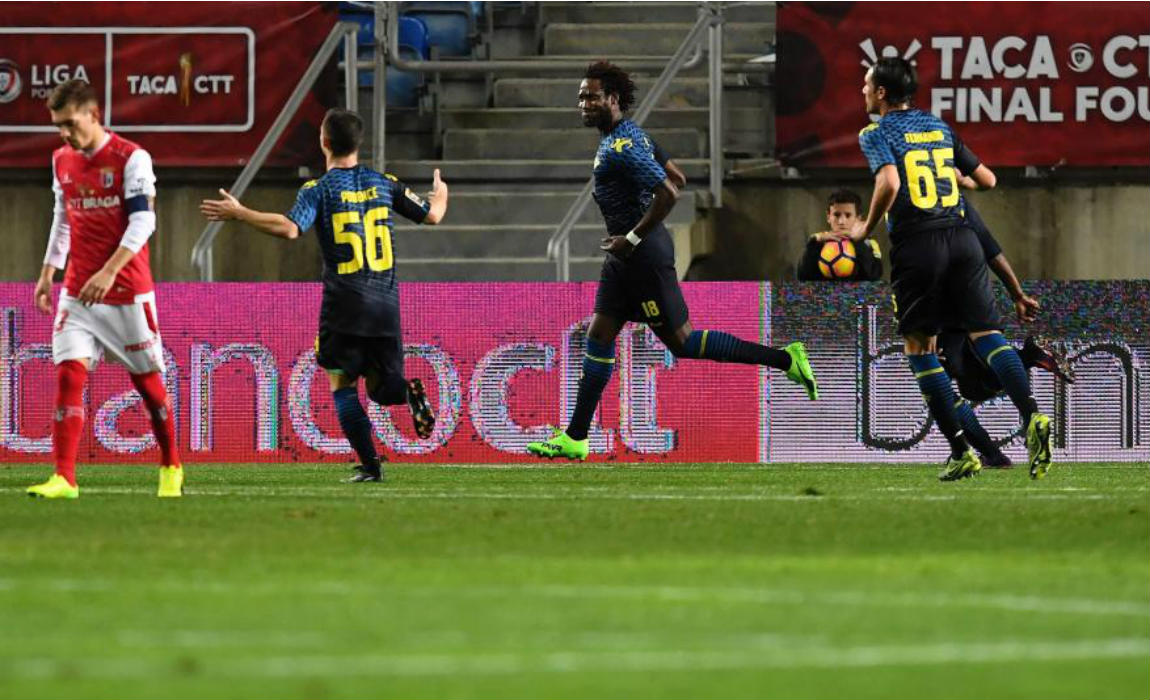 The underdogs held on to claim their first ever trophy in a fairytale ending to their season.

Moreirense knocked out big Portuguese guns Porto and Benfica in their road to the finale. 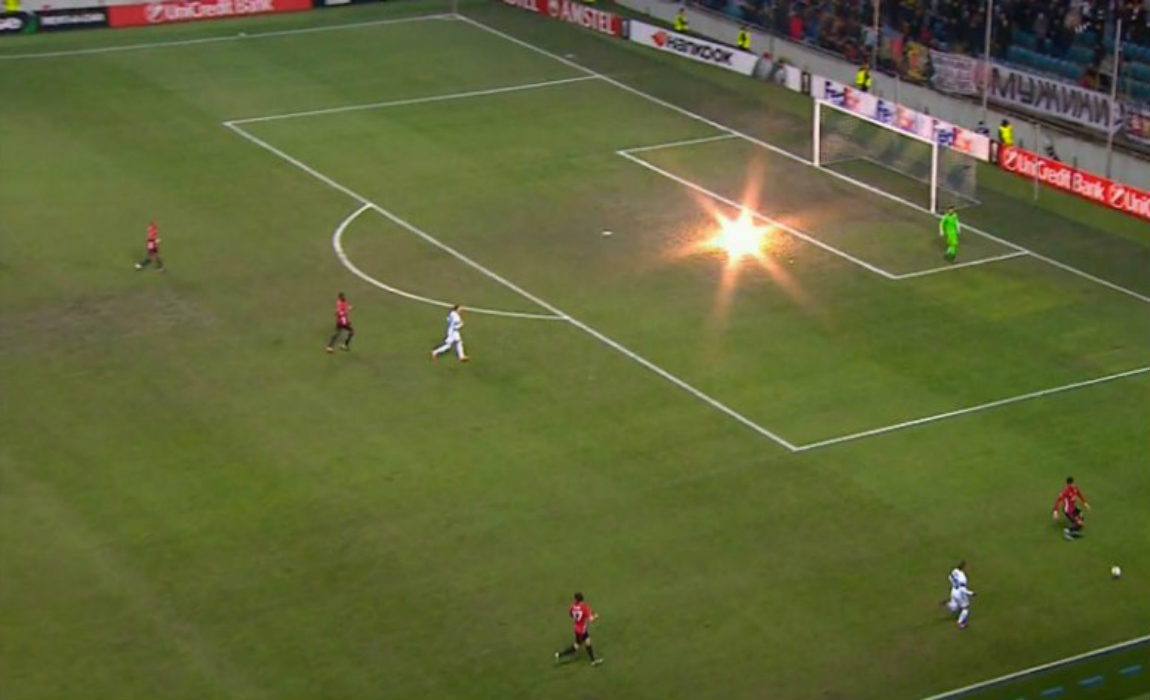