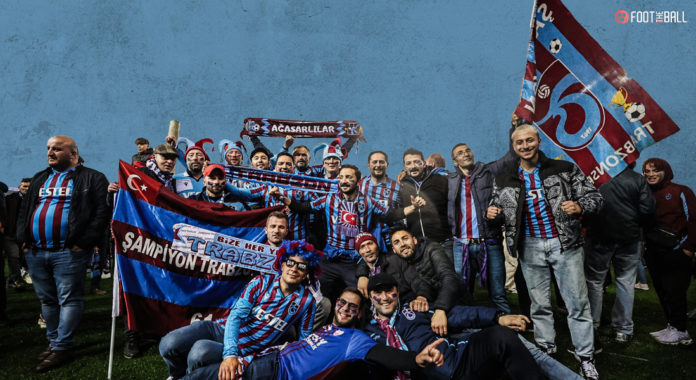 Everybody loves an underdog story in football. One of the toughest leagues to achieve this has been the Turkish Super Lig. However, the times, are a-changing. Istanbul Basaksehir won in 2019-20 to disrupt the dominance of the ‘Big Three.’

Besiktas captured the league title back the following season, but the trend did not last. Trabzonspor were crowned champions after 38 years, sparking wild celebrations.

Meanwhile, Galatasaray, Fenerbahce, and Besiktas are 62 points behind. The downfall has been stark and not entirely unpredictable. Moreover, the issue of rising debt combined with the rivals’ strengthening has been instrumental.

Therefore, it will not be any surprise if there are newer champions in the coming years.

None of the three teams are enjoying 2021-22. Galatasaray and their 22 titles are out of European contention. They are 30 points behind Trabzonspor currently and are guaranteed to finish with the lowest tally in their history.

They have used more than 30 players across the whole campaign, with 100+ changes to the lineup. Moreover, things have not been great off the pitch either.

🟠 For the first time since March 2022 Galatasaray have lost after scoring the opening goal in the Turkish Super Lig. 😱

Learn more about this and watch the #Highlights here ⤵️https://t.co/oMZ152blRL

Neither their president or manager, who started the season is still at the club. Galatasaray have lost 14 matches so far, the joint sixth-worst in the league. Moreover, the administration was under fire from its supporters on several occasions.

The supposedly “completed” transfer of Gedson Fernandes, only for him to join Besiktas. The firing of legendary manager Fatih Terim did not help matters either.

Galatasaray fans did not mess about on Gedson Fernandes' return to the NEF Stadyum 😳🇹🇷 pic.twitter.com/8MZXr95hoe

Their great rivals, Besiktas, won the league crown via goal difference in 2021. They are faring slightly better, 23 points behind Trabzonspor after 35 matches. Besiktas have changed manager twice, with incumbent Valerien Ismael joining in March 2022. The team has not been able to get going at all with their forwards misfiring.

Galatasaray could drop into the relegation zone with a loss in their next game v. Alanyaspor.

The most disastrous season across Europe? pic.twitter.com/No6Rwg2tlu

Cyle Larin, the scorer of 23 goals in 2020-21, has only managed seven so far. The departure of Vincent Aboubakar has also hit them hard, with replacement Michy Batshuayi struggling. They have the chance to sneak into the European places, but it will not be easy. However, the one silver lining has been winning the Turkish Super Cup.

Congratulations to Michy Batshuayi, who won the Turkish Super Cup with Besiktas yesterday. 🎉🏆

They won via a penalty shootout, with Michy scoring his penalty. ✅

Fenerbahce have been the closest challenger to Trabzonspor, although “close” is generous. They are nine points behind with the recent expulsion of Mesut Ozil and Ozan Tufan being another addition to a dismal season. Needless to say, they have also changed their manager in 2022. Fenerbahce were Turkey’s last hope in Europe, but they stuttered miserably.

Fenerbahce have suspended midfielders Mesut Ozil and Ozan Tufan for the remainder of the season, allegedly because of a dispute with the club’s interim manager. pic.twitter.com/bGzhxKX8oH

Having finished third in their Europa League group, they were oustered in the first round of the Europa Conference League. However, they will take some solace from the fact that they will be in Europe next season too. Plus the fact that their great rivals are performing far more terribly.

There is no doubt that the coronavirus pandemic had a major effect on revenue inflow. The Turkish Super Lig has felt the crunch majorly. The big three and Trabzonspor have racked up a combined debt of almost $2 billion.

Moreover, the reduction in the exchange rate between the dollar and lira has caused further problems. Consequently, the debts have risen at an astronomical rate of around 600%.

However, Fenerbahce, Besiktas, and Galatasaray are a long way ahead of Trabzonspor. That kind of monetary deficit has meant that these clubs have restrictions on spending in recent times. The money from European competitions has also dried up with the big three struggling to remain amongst the elite.

Read Also: Besiktas could have certainly done with the services of former player and Spanish great Guti

Therefore, the clubs could only bring in a nominal number of top-rated players. Trabzonspor were also helped as their debt was the lowest, which allowed them to operate a bit more freely.

The time of the underdogs

When there is talk of the demise of the bigwigs, there has to be an appreciation of the team(s) that usurp them. Trabzonspor have the lowest operating revenue among the four sides. Still, they have managed to find some gems.

Andreas Cornelius, the journeyman striker, is the top scorer with 15 goals so far. Veteran winger Anthony Nwakaeme joined in 2018 from Hapoel Beer Sheva. He has hit 20+ goal contributions for the first time since his debut campaign.

The fans completely took over the pitch out of excitement, after they won the league. pic.twitter.com/9kui8CWbGr

Trabzonspor have been able to defy the odds and have a great chance of rocking the Champions League in 2022-23.

In Turkish football, you are never safe in any position in recent times. Yesterday’s champions can quickly become tomorrow’s middle-of-the-pack. There is no doubt that the traditional big three will be hurt by the apathy of 2021-22. However, the future is bleak for all the top teams. There are teething problems that a single season will not hide but can highlight.