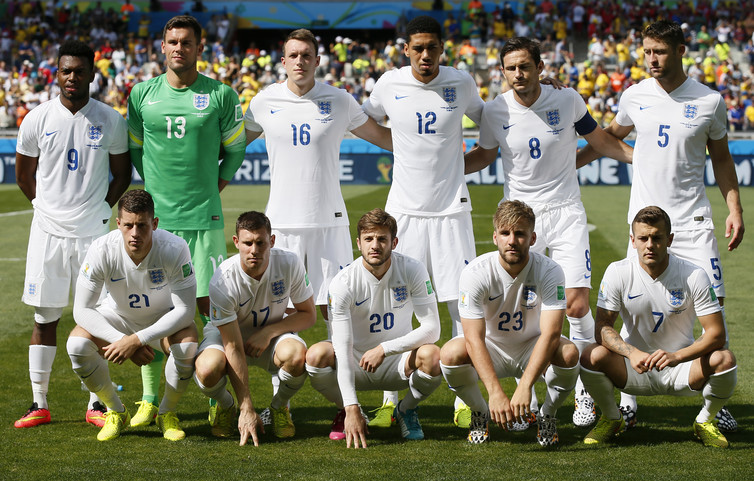 A Lesson From Business Which Can End England’s Football Failures

In dire need of disruption. The England line-up to play Costa Rica at this year’s World Cup

The two highest paid coaches at this year’s FIFA World Cup in Brazil were Russia’s Fabio Capello ($11,235,210) and England’s Roy Hodgson ($5,874,570). Both of these teams exited from the World Cup after the first-round: Russia with two points, England with one point. Neither the Russian, nor the English, squad contained a single player who plays for an overseas club.

FA chairman Greg Dyke’s B-team plan will surely loom large on English football’s agenda over the coming months. So too, the failings and merits of Roy Hodgson as a manager. Yet culturally and socially, something appears to be amiss with England (possibly Russia too) for, despite its periodic soul searching and various attempts at planning, the country seems unable to enact the changes required to ensure its national team progresses from tournament under-achievers to top-level international performers.

As England’s national team was failing in Brazil, its former player Ashley Cole was signing for Roma in Italy’s Serie A. Cole spent his entire professional career playing domestically in England (with Arsenal and Chelsea). It is therefore both appropriately coincidental yet somewhat ironic that Cole has recently claimed “British players are a little afraid to move abroad. They are accustomed to British culture and for them it is convenient to stay at home”. Cole has gone on to say, “As soon as I had the opportunity, I was glad to get out of London [to] face a new language and a new culture”. 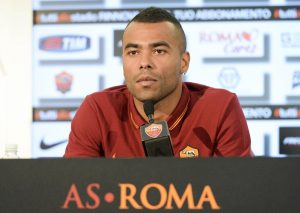 Handout photograph of the new AS Roma’s player Ashley Cole with Ceo Italo Zanzi during the press conference in Rome, Italy, 15 July 2014.

This is probably ten years too late for Cole and England, and therefore sends out a misleading message to the likes of Raheem Sterling, Luke Shaw and Ross Barkley. Indeed, if English football is going to change and improve, it is not just for the English Football Association and Premier League clubs to take action, one could argue that it is for the players themselves to make the change. It is inevitable that many people, players included, will claim that salaries in English football are too high to justify a move overseas on lower wages. They will say that a career is short, and that earnings potential has to be maximised quickly and so forth.

But is this the kind of short-termist view that characterises too much of English football and, indeed, English culture and society? Could it be that taking a short-term financial hit and moving abroad could be more beneficial and financially rewarding in the long-run? Put another way, if English players went abroad would they become better footballers and therefore earn more money as a result? Might it actually be the case that, just as Roy Hodgson and the England national team (possibly Fabio Capello and Russia too) need structural changes in the English game, they also need the players to change? In fact, could England’s and Russia’s weaknesses rest largely on the young men on the pitch, and not just because of their performances in crucial matches?

In the business literature, much has been made of disruptive innovation, the kind of innovation that brings about major shifts in products and markets. Readers should spend time looking at the website of Professor Clay Christensen, who introduced us to the notion of disruptive innovation. You should hopefully then begin to understand how this relates to the future of the English national team (and probably the Russians as well). In essence, Christensen stresses that organisations should challenge existing orders and do things differently.

A file picture dated 17 January 2010 shows AC Milan’s English midfielder David Beckham in action during the Italian Serie A soccer match against AC Siena at Meazza stadium in Milan, Italy. Former England captain David Beckham is to announce his retirement from professional soccer at the end of the season, the 38-year-old midfielder of Paris Saint Germain confirmed on 16 May 2013.

Further extending this notion, Whitney Johnson takes the notion of disruptive innovation and applies it to people. It’s worth reading Johnson’s Harvard Business Review blog posting, entitled “Disrupt Yourself”. Having read the blog, it should be even more apparent that England’s players should indeed be taking Ashley Cole’s lead: in short, if you want to be a better player, move abroad and disrupt yourself.

For football players, the essence of Johnson’s posting is:

If it feels scary and lonely, you’re probably on the right track i.e. if you are outside your comfort zone, you are already learning and developing;

Be assured that you have no idea what will come next i.e. learn by exposing yourself to and discovering from new situations;

Throw out the performance metrics you’ve always relied on i.e. what you earn is not always an accurate indicator of how good you are;

Your odds of success will improve when you pursue a disruptive course i.e. going to play in another country will improve your skills, enhance your experience and result in you becoming a better player.

Some critics might say there is nothing new about English players’ unwillingness or inability to move overseas, or that salary levels make it why they choose to stay at home. Moreover, there is something socio-cultural too in all of this as regards English attitudes to “foreigners” and “foreign countries” (I am not Russian – the Russians themselves will have to address this matter in their own way). Many English people relate to foreigners with a sense of suspicion, sometimes deeply so.

However, at a personal level, English players may want to recall the words of President Kennedy: “ask not what your country can do for you, ask what you can do for your country”. And if that does not convince them to consider a move abroad, then perhaps the promise of becoming a better player and earning more money in the future might prove to be a more seductive argument for causing a disruption.