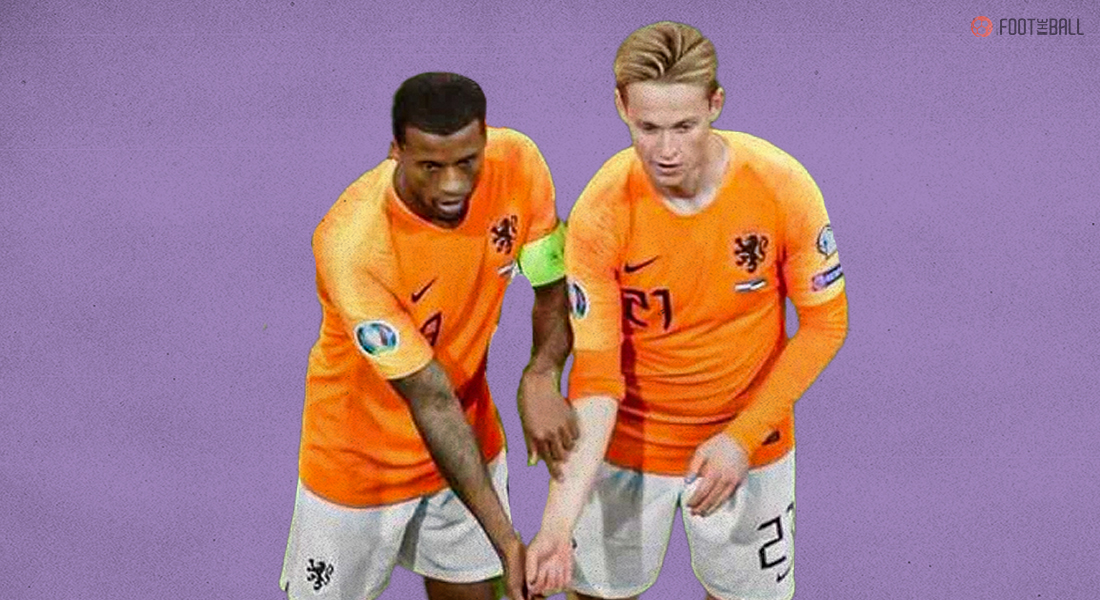 What are most people doing when they are 19? Not taking the decisive penalty in front of more than 60,000 expectant home fans in the final of a major international tournament. That’s what Bukayo Saka did.

What are most people doing when they are 17? Not putting their life upside down to move to Germany just for a chance to prove themselves and ultimately doing that and much more. That’s what Jadon Sancho did.

What are most people doing when they are 18? Not making their debut for an injury-ridden squad and immediately being installed as their “messiah”, going on to literally change government policies through sheer force of will. That’s what Marcus Rashford did.

What do I see?? I see bravery, I see courage, I see 3 kings ❤️ @MarcusRashford @BukayoSaka87 @Sanchooo10 pic.twitter.com/sC9pOjOTOs

By now, it must be clear that the likes of Bukayo Saka, Jadon Sancho and Marcus Rashford are no ordinary individuals. However, when they missed their penalties in the shootout against Italy in the Euro 2020 final, condemning England to runners-up status when everyone was ready to paint the town red with celebrations, the ugly side of football, and most importantly, humanity, reared its head once again.

After England lost the penalty shootout against Italy, with the likes of Rashford, Sancho and Saka missing their penalties after England had raced into a lead by scoring their first two. As their teammates surrounded them to give them encouragement, and the crowd in the stadium serenaded their heroes, an ugly storm began brewing on the digital platforms. Unfortunately, it was a storm that has become all too familiar in recent years.

We’re disgusted that some of our squad – who have given everything for the shirt this summer – have been subjected to discriminatory abuse online after tonight’s game.

We stand with our players ❤️ https://t.co/1Ce48XRHEl

The players were subjected to racist abuse with an outpouring of “disgusting” tweets and comments crowding out the positivity that surrounded this English team. Their clubs were quick to come to their side.

“Football can be so cruel. But for your personality … your character … your bravery … We’ll always be proud of you. And we can’t wait to have you back with us,” Arsenal tweeted for Bukayo Saka.

“One kick won’t define you as a player or person,” tweeted Manchester United for Marcus Rashford.

One kick won’t define you as a player or person, Marcus. Remember that.

I am sickened by the racist abuse aimed at England players after last night’s match.

It is totally unacceptable that players have to endure this abhorrent behaviour.

It must stop now and all those involved should be held accountable. W

Statements condemning the abuse were quick to come out from all corners. “Those responsible for this appalling abuse should be ashamed of themselves,”  Prime Minister Boris Johnson tweeted. Sadly, this has become a problem that football is becoming all too familiar with.

The team loses a match. The “culprit” is targeted by nameless accounts on social media. There is an uproar that dies down after a few days. The next match comes. Rinse and repeat, just the target of abuse changes.

Social media has in many ways democratised the world in the true sense. However, the reluctance on the part of the social media companies has led to these platform spiralling out of control, as a vocal minority takes the reins and pivots the discussion to a dark place. These platforms should be a place where fans can get a chance to interact with their heroes and get inspired by their stories. However, it has turned into a toxic whirlpool of hate, to an extent where sportspersons are willing to forego the brand benefits that come with social media because the abuse becomes too much to bear.

We are switching off our social media channels from 3pm on Friday 30 April, until 23:59pm on Monday 3 May, in response to sustained and ongoing online abuse.#Enough | #StopOnlineAbuse pic.twitter.com/toiIg3FfWW

Notably, earlier in the season, some clubs took part in a social media boycott, where they went away from the platforms for a set time. This was supposed to put the companies into action regarding their policies to tackle this issue. However, as has been the case for so long, the call for action died down after the initial uproar. Gestures like taking the knee before the game to send a message against racism, or Raheem Sterling constantly calling out people for racist behaviours have at least kept the issue at the front and centre. While the call for action against the issue seems to die down, the efforts of footballers have ensured that the issue itself does not suffer the same fate.

WHAT ARE POTENTIAL SOLUTIONS?

The potential solutions cannot be as simple as the identification on social media. That toes the line of freedom of speech and privacy so it remains highly unlikely that profit-driven social media companies go for it.

There have been AI moderators which use machine learning to filter out words/phrases and emojis that are associated with racism or other hurtful behaviours. The self-learning AI either blocks or hides such comments thereby preventing the discourse from turning toxic.

Besides this, there have been instances where organisations have called on the platforms to identify serious or serial offenders as a measure of cracking down on the torrent of abuse.

Meanwhile, instances such as these keep shedding a light on how far society has to go still for it to be an inclusive place.