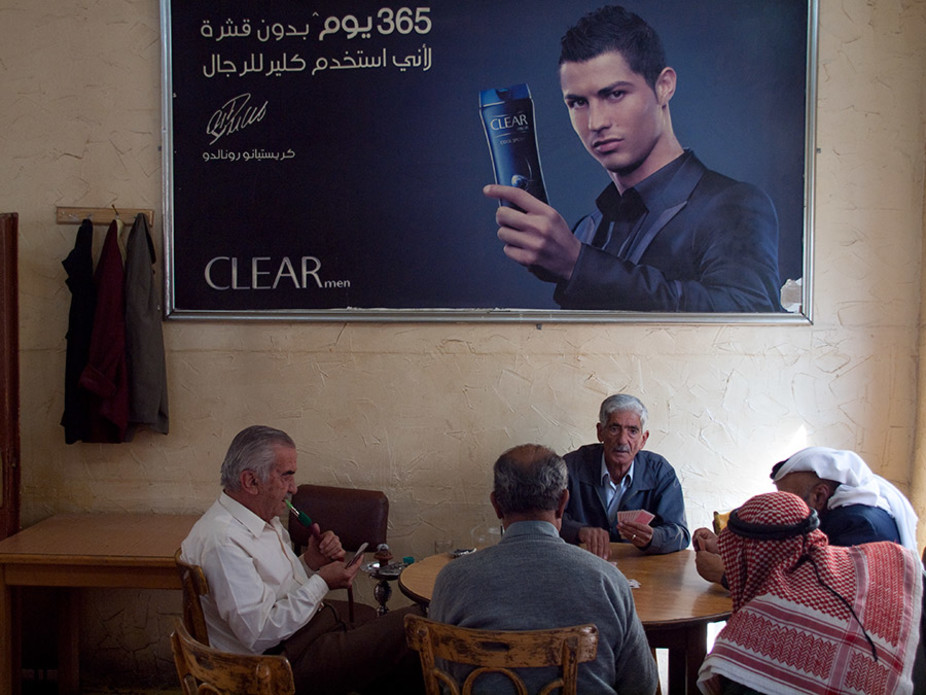 Likes And Tweets Help Ronaldo Brand It Like Beckham

Big in Yemen (and everywhere else)

When Cristiano Ronaldo scored the last goal in Real Madrid’s extra time Champions League final victory over neighbours Atletico, he put the finishing touches to a season which saw him outperform even his arch rival, Barcelona’s Lionel Messi.

Ronaldo scored 51 goals for his club this campaign, including a record 17 in the Champions League alone. Messi, in a season interrupted by injury, could only manage a relatively poor but still hugely impressive 41. Oh, and Ronaldo lifted the FIFA Ballón d´Or award for the world’s best player, an accolade bestowed on Messi in all of the previous four seasons.

Added to this, Ronaldo is thought to be the world’s richest player with an estimated wealth of £122m. Much of this comes from his deal at Real where he is paid £14.3m a year and a reported 50% of his image rights.

But a significant amount of Ronaldo’s earnings are the result of advertising, sponsorship and endorsement deals. The most lucrative and most enduring of these contracts is with Nike. For Nike, Ronaldo is two people: the footballer and the person. The two combined become the brand – dubbed “CR7” after the player’s shirt number. As its website states, there are:

two distinct sides of CR7 – a relentless, focused footballer at the peak of his power, and a more irreverent, playful and spontaneous style icon with a love of music who lives life full-on.
In World Cup year the Ronaldo brand is everywhere. There are deals with Armani, Castrol Edge, Toyota, Jacob & Co, Herbalife, Banco Espirito Santo, Tag Heur and even KFC. In March he became a brand ambassador for Emirates, the ubiquitous Middle Eastern airline, where he appeared in a commercial with the legendary endorser and footballer, Pele.

That Ronaldo has his own “CR7” underwear range is no surprise. That he appears on the front page of Spanish Vogue virtually naked with his Russian girlfriend barely raises an eyebrow. The fact that in December he opened a museum dedicated to himself in his hometown of Madeira was more of an inevitability than an act of self indulgent folly.

The obvious reference point for Ronaldo, at least in terms of commercial exploitation (the opening of museums notwithstanding), is David Beckham, sporting icon and advertisers dream. In marketing terms, Beckham is the prototype Ronaldo: footballer and commodity. Over the years Beckham been associated with, among many others: Vodafone, Marks and Spencer, Adidas, Pepsi and Castrol Oil. Castrol used him in adverts across the Asia pacific region after research found that more than 80% of consumers in Thailand, Vietnam and China said a link with the footballer would be a reason to buy its engine oil.
For most footballers, retirement leads to a significantly lower profile. In Beckham’s case it simply means he has more

Big in Thailand, Vietnam and China

time to concentrate on his commercial activities. Last year, Brand Finance predicted that he would become a US$500m dollar brand as he consolidated his interests and took on a series of “ambassador” roles for the likes of (among others) Samsung, Sky Sports and Chinese football’s governing body. Expect Beckham’s profile to be to the fore as this tournament gets underway.

Down with the kids

Ronaldo, while perhaps not such as an immediately endearing figure as the England idol, is the obvious replacement figure now that Beckham has left the field. And though Beckham may not have retired into the shadows, Ronaldo does have one big advantage over his fellow icon.

In this World Cup, the use of social media will be immense and unprecedented, promoting more interaction between brands, players and supporters than ever. The previous tournament, in 2010, attracted two billion TV viewers. Since then internet use has increased by 53%, Twitter use by 13,500%, and Facebook has gone from 300m to one billion users. The opportunities for commercial activities are seemingly limitless.

Social media is the key area where Ronaldo has surpassed Beckham and left his rivals like Messi trailing in his wake. Ronaldo has over 100m Facebook and Twitter followers combined and has recently launched Viva Ronaldo, his own social networking site. It is where, he writes on his Facebook page, “my true fans belong. My community – where I can be closer to all of you”.

This is a messianic statement, both inclusive and exclusive. This is the place where “true” fans can be “close”. And one thing is for sure – if Portugal progress, and Ronaldo shines, he and his many sponsors will be closer still.

(THE AUTHOR, JOHN JEWELL, IS A DIRECTOR OF UNDERGRADUATE STUDIES, SCHOOL OF JOURNALISM, MEDIA  AND CULTURAL STUDIES AT THE CARDIFF UNIVERSITY.THIS ARTICLE WAS ORIGINALLY PUBLISHED IN THE CONVERSATION.)