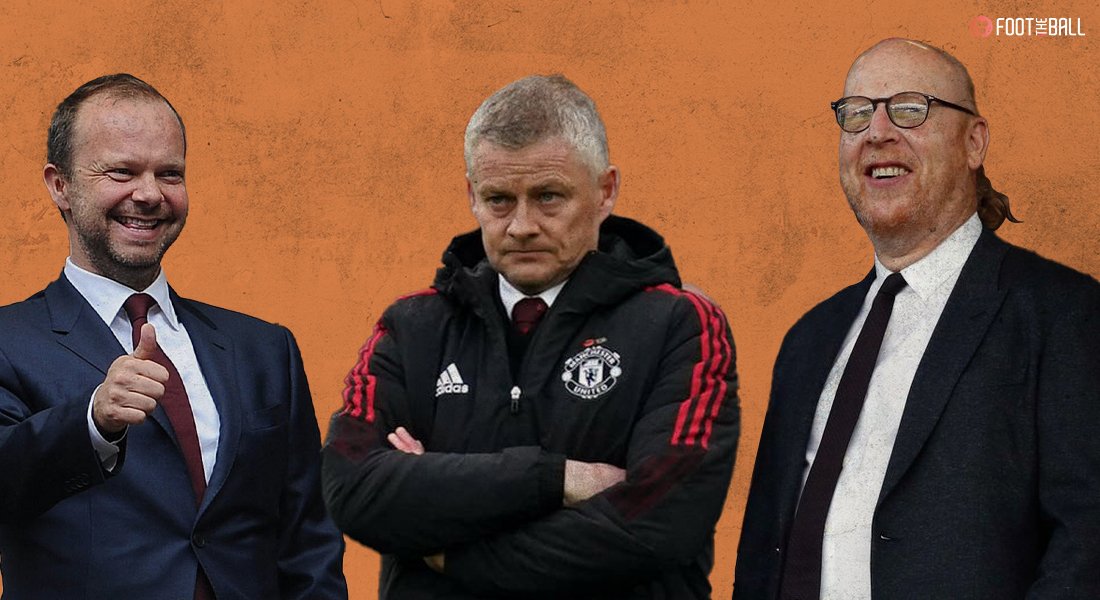 As the clock winded down and Pep Guardiola’s Manchester City pretended to be playing football seriously at Old Trafford, there was an atmosphere of absolute dejection around the stadium. The crescendo peaked two weeks ago against Liverpool but this defeat rung louder in the ears, leaving a distinct taste of inferiority.

It is inevitable that Ole Gunnar Solskjaer is going to get sacked, it is simply a matter of when. Even if the reports after the Liverpool game were false and that he had more than three games to save his job, it is hard to see where the team under him goes from here.

The focus and the blame will rightfully be on Solskjaer – this season was supposed to be the summit of a hard climb over the last three seasons, exorcising the ghosts of Jose Mourinho from the halls at Carrington, restoring a feel good factor about the team but it has gone horribly wrong. Summits are steep to climb after all, and the slope is slippery if you put your foot wrong.

After a second placed finish last season, the summer started well with signs showing that the 12 point gap to Man City could be cut. Jadon Sancho came finally and so did Raphael Varane, several years after the Frenchman was courted by Sir Alex Ferguson whose shadow looms large over Solskjaer. The missing piece was a defensive midfielder, preferably young, tactically astute and someone who was willing to sacrifice himself for the team and bring it all together.

What Solskjaer and United opted to sign though was the exact opposite. A forward, defying biology at his age, tactically immobile, and someone towards whom all the furniture needs to be pointed. If it isn’t, he won’t work and would blame the furniture for it.

In a lot of ways, the Ronaldo transfer was the perfect representation for Manchester United over the past decade or so – the epitome of capitalist football, a big dumping ground of excess. Nothing matters as long as the numbers are good – for United the ones concerning commercial growth, and for Ronaldo the goal scored column but only the one next to his name.

There are a lot of similarities between Post-Ferguson Manchester United and capitalism, which is fitting given the club’s owners. Crisis, or rather crises, is always just around the corner and so is someone to take the blame. David Moyes, Louis van Gaal and Jose Mourinho have all taken the fall and so will Solskjaer, and it is hard to argue a case that they did not deserve it.

But what ails United lies far deeper than just who is sitting in the dugout. The club is crumbling, in every way possible. Players are lethargic and every good performance is backed up by an absolute stinker, sometimes in the same game as shown by David de Gea against Man City and Eric Bailly against Atalanta.

Nobody is more frustrated than me. I have to keep my head up, no excuses. pic.twitter.com/6O5tx2Caom

Every decision of the manager and the club is reactionary. Jadon Sancho and Donny van de Beek got minutes after huge media outcry. Ronaldo’s substitution led to criticism and so now he must be on the pitch every minute. Three seasons building a 4-2-3-1 ditched because of one performance for a three at-the-back system that suits none of the players.

There is simply no identity at the club, other than the aforementioned fading shadow of Sir Alex. The thing with shadows is that they only work when there’s light and there are certainly no sparks flying around Manchester United right now. The club has systematically gotten nearly every major decision wrong over the past year.

John Murtough and Darren Fletcher should not have been appointed sporting and technical directors, Edwin van der Saar was arguably the best fit the club could have got and it is difficult to imagine him saying a hard no. Ronaldo should not have been signed, the club should have spent the deadline day trying to sign Eduardo Camavinga or a similar player. Solskjaer should have been sacked after Liverpool which could have allowed the club to perhaps get Antonio Conte. And that is to say nothing of the mess created of the promising women’s team of last season this summer.

Thank you for your magnificent support today. 👏 pic.twitter.com/9nLIZrhWQl

Like capitalism rarely achieves much beyond maximization of money to those at the top, Manchester United have achieved nothing of note beyond increasing revenues and sponsorships, the majority of which flow straight into the Glazers’ pocket. The club has become the symbol of the Super League club complex, alongside Barcelona with its empty delusions of grandeur, on a path that is headed into the abyss of irrelevance.

When Manchester United were last faced with such a situation, it took them a relegation, two decades and a genius Scotsman to get back to the top. The unequal football structure will almost certainly ensure that United do not get relegated but the ad-hoc nature in which the organisation is run can perhaps result in a drought that longs considerably longer than the last one.

A good idea (or manager) may paper over the cracks at Manchester United but the club, like its stadium, has been in decay for a while. A cultural reboot is needed – ideally from a manager or a sporting director that can do more than be a yes-man. Dynasties always fall, it is ideas that survive and at this point, the Red Devils have none at all.