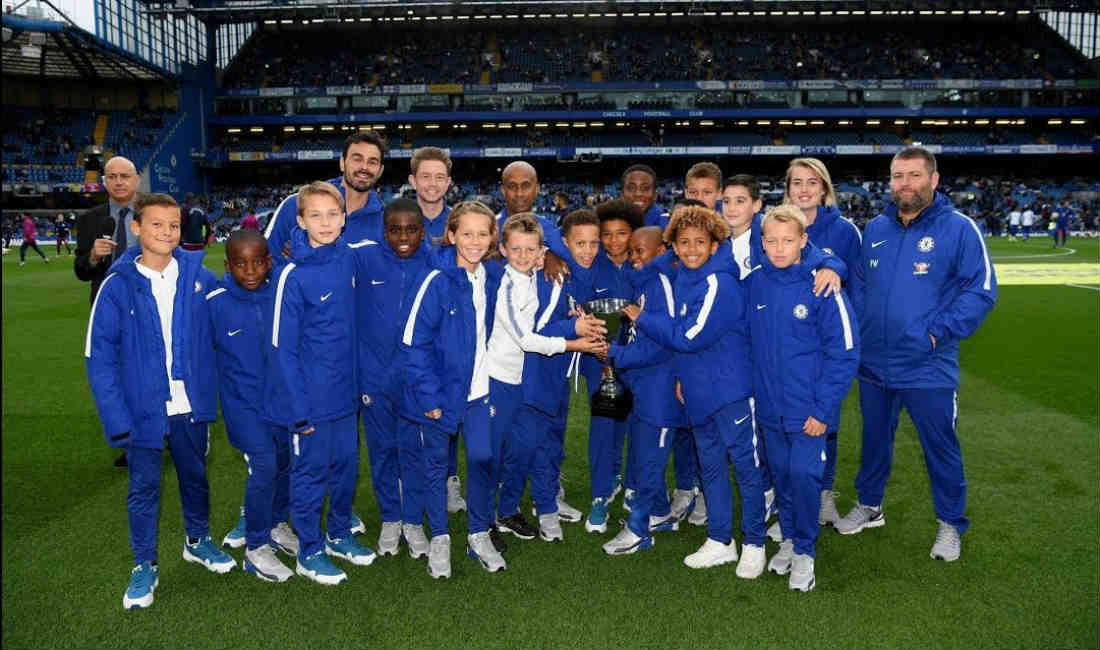 How chelsea is Using AI For Smarter Coaching

Varuna De Silva, Lecturer, Institute for Digital Technologies, Loughborough University is the author of this article which was originally published in The Conversation, an independent source of news and views from the academic and research community.

The best footballers aren’t necessarily the ones with the best physical skills. The difference between success and failure in football often lies in the ability to make the right split-second decisions on the field about where to run and when to tackle, pass or shoot. So how can clubs help players train their brains as well as their bodies?

My colleagues and I are working with Chelsea FC academy to develop a system to measure these decision-making skills using artificial intelligence (AI). We’re doing this by analysing several seasons of data that tracks players and the ball throughout each game, and developing a computer model of different playing positions. The computer model provides a benchmark to compare the performance of different players. This way we can measure the performance of individual players independent of the actions of other players.

We can then visualise what might have happened if the players had made a different decision in any case. TV commentators are always criticising player actions, saying they should have done something else without any real way of testing the theory. But our computer model can show just how realistic these suggestions might be.

If a critic says a player should have dribbled instead of passing, our system can look at the alternative outcome, taking into account factors such as how tired the player was at that point in the game. Our hope is that coaches and support staff will use the system to help players reflect on their actions after a match and, over time, improve their decision-making skills.

Measuring these skills is extremely difficult for several reasons. First, a human can’t keep track of all the events that take place during a match. Second, it’s difficult to isolate one player’s actions from that of another. For example, if one player passes the ball and a few seconds later the team loses possession, did the player pass at the wrong time to the wrong person, or was it someone else’s fault?

To tackle this problem, we’re using a specific branch of AI known as imitation learning. This technology can learn computer models of behaviour, such as footballers’ actions on the field, by analysing massive amounts of historical data. In simple terms, the computer model learns to imitate human experts.

Most decision-making systems in AI, such as those used to play board games like Go, are based on reinforcement learning. This is where a computer learns to make decisions by repeatedly trialling moves until it receives feedback that it has done the correct thing, much like we train a dog to do something by giving it rewards. But most real-world scenarios don’t have a specific reward like victory in a board game.

Imitation learning, on the other hand, tries to understand the underlying decision-making policy by looking at how an expert performs a task, and then tries to mimic the expert. Modelling football experts (players) is very difficult because they make decisions with advanced skills that are hard to program in to a computer, such as choosing what to pay attention to, selecting the right response and anticipating what other players are going to do.

So for the computer model to be realistic, the historical data it’s based on needs to reflect the real world as much as possible. It shouldn’t just show how players move in relation to each other and the ball, but also capture how tired they are and the game situation. For example, do players want to attack or are they trying to defend, or even if they want to win or lose. (In some tournaments, a team might want to lose a match so their position in the next round gives them an easier opponent.)

We’ve already built a system that can create a model of players’ movements relative to each other and the ball that can be used to study performance. We now plan to make the model more realistic by adding details of players’ body poses, heart rate (to represent tiredness) and game conditions. We will then develop the system to measure current players’ skills and hope to have a fully functional system within two years.

We expect it will be a step change in the way players and coaches analyse games, especially post-match analysis. This will aid players to be more reflective by being able to see how their actions could have made a difference. Scouts and clubs would be able to select players and identify talent using data about these vital decision-making skills.

Extending AI from controlled, board game-style environments to complex real-world applications remains a monumental challenge. But humans are very good at adapting to and making decisions in complex, changing environments. So by learning to imitate human decision-making, AI will be able to tackle all sorts of unfamiliar environments where people don’t always follow the rules.

Post tags:
BelgiumChelseaEngland
previous post
Rags To Riches: The Journey Of The Not So Premier League, Part 3
next post
From Their Eyes Only: A Match Day Guide To Football From The Fans