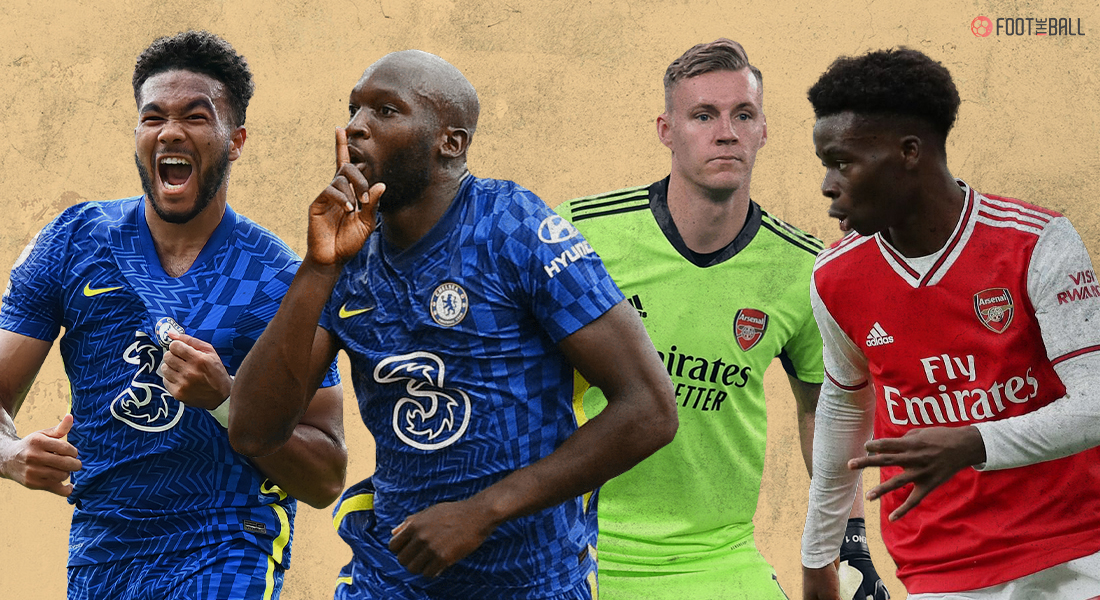 A debut to remember for Lukaku and an outing to forget for Arsenal. The Gunners lost their first home game of the season 2-0 against Chelsea due to a disappointing first-half display. Romelu Lukaku was flying high on his debut with the help of an amazing display by Reece James. Here’s how the game unfolded.

After an embarrassing defeat against a newly promoted Brentford side, Arsenal were hoping for a better result in front of their fans. Chelsea had a flying start last time out as they beat Crystal Palace 3-0. Although Chelsea have been better than Arsenal over the recent years, this was surely a difficult fixture for the Champions of Europe. Arsenal won both their league games against Chelsea last season and are one of the biggest rivals in England.

The away fans were excited to see Romelu Lukaku make his debut this season but sadly for Ben WHite, he couldn’t make his home debut after testing positive for Covid 19. This was an important game for Mikel Arteta since a home win against string opponents will improve his image in the public eye.

Lukaku made his mark in the debut in the 15th minute as he scores a tap-in opening goal for Chelsea. Reece James made a beautiful inside pass from the right-wing making it a walk in the park for their new signing. The Blues got their second goal on the 34th minute courtesy of a top corner finish by Reece James.

The attack was started by Kai Havertz on the left flank as they moved the ball from one wing to the other almost effortlessly. Arsenal’s keeper could do nothing but watch his defenders get exploited in front of his goal.

Back underway for the second half! 💪

The first half was completely dominated by Chelsea as they danced around a poor Arsenal backline. We didn’t see any commitment from Arsenal’s attackers as they hardly had the ball. The fans in the Emirates stadium must have been fuming to see their players act lethargic as they booed their player out at halftime.

Arsenal were a lot better in the second half and actually came close to scoring. They were pressing aggressively and we saw the hunger to push forward in the player’s movements, something that was missing in the first half. They couldn’t score any goals but they didn’t concede any either which would be a learning point for Mikel Arteta.

They should be more attacking-minded and in this way they will put more pressure onto their opposition and concede less goals. Chelsea were just holding fort in the second half and enjoying their victory against their North West London rivals.

ARSENAL SLOW TO COME OUT OF THE BLOCKS

Arsenal were too scared of losing and hence it looked like they weren’t playing to win. They failed to make any threats initially and as a result, their centre forward Martinelli didn’t even had a touch of the ball in the first 10 minutes or so. They weren’t aggressive even when they didn’t have the ball.

No one was taking the responsibility of leading the press and as a result, Chelsea were too comfortable on the ball. Since they held a lot of players in their own half, we didn’t see Arsenal attack in numbers. Chelsea’s 3 centre backs easily fended off Arsenal’s attackers since they couldn’t make any magical link-up play.

Arsenal were a lot aggressive in the second half which made it an evenly contested second 45.

A GAME OF ONE FLANK

The majority of the game was only played on Arsenal’s left flank majorly because of Reece James supremacy tonight combined with Saka’s little to nothing contribution. Arsenal were time and time failing to keep Reece James in check and the right wing-back made sure it cost them heavily.

All of Chelsea’s goal threats were coming from their right flank especially because of Kieran Tierney’s poor performance at the back. Arsenal too were attacking only on one side since Nicolas Pepe was playing too bad tonight. The player wasn’t getting in good positions which compelled Tierny, Aubameyang and Saka to do all the attacking work on the left flank for the Gunners.

Lukaku was a beast in today’s game and the fans should be happy with his display on his debut game. He got a goal to his name and came close on many occasions to adding another. The USP of Lukaku has to be the physical aspect of his game. When he is guarding the ball, it is almost impossible for the defenders to steal the possession. He also comes deep outside the box and passes the ball to either wing and rushes back into the box to head the ball in.

His strength is a big plus for Chelsea this season and it is evident he is going to score a lot if goals for them. The only problem with him today was that he sometimes keeps the ball with a lot longer than he needs to which is why he lost possession a couple of times killing their attacking momentum. He needs to pass on the ball more often which will help them create better scoring opportunities.