UCL AND HONOUR AT STAKE 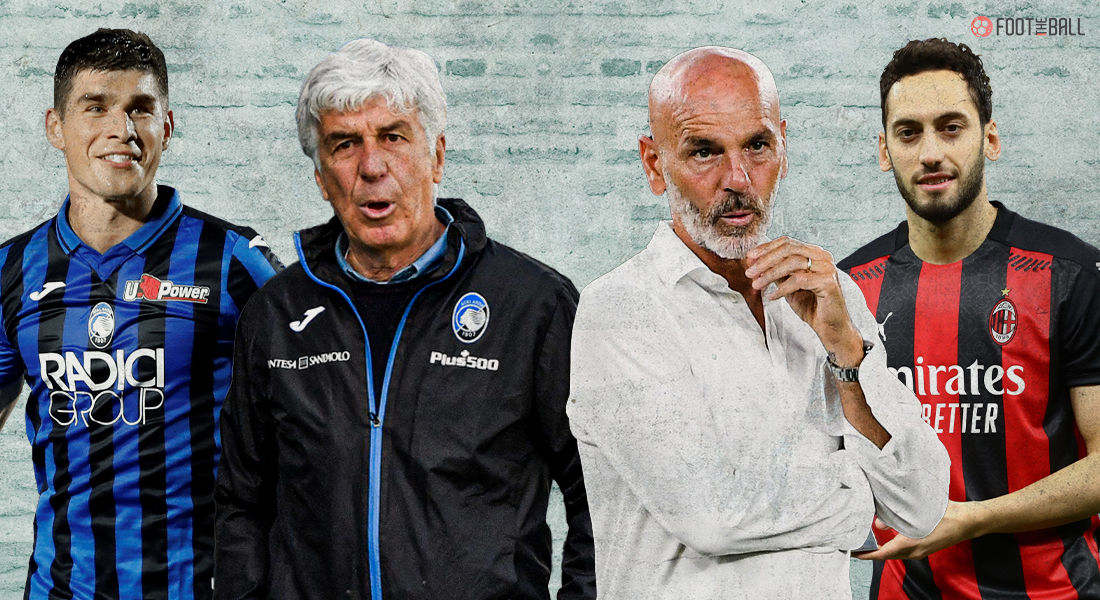 The Gewiss Stadium prepares itself for a thrilling encounter in the final match of the season as Atalanta host AC Milan in a top-four deciding match. All the hard work of the year will be on the line as one game decides their place in the Champions League.

Presently at the second spot, the home side has booked their seat in the top-four for the third straight season but a win against Milan will secure the runners up position for Gasperini’s men.

After three consecutive wins, the third-placed Rosseneri were cruising through the race for top-four but a home draw against Cagliari has left it to the last day to decide whether seven-time UCL champions qualify for the elite European championship after seven years of mediocrity.

For the first time in 10 years, Juventus have been denied the Serie A title as Inter Milan secured the Scudetto comfortably with a ten points lead. Juventus, AC Milan and Napoli are all in contention for the two remaining Champions League spots as it comes down to the wire.

Atalanta come into the match on the back of a defeat in the Coppa Italia final against Juventus while winning four out of their last five league fixtures.

There are anger and disappointment, but also pride and awarness of the journey we've made so far. We'll bounce back, even hungrier 🤝#GoAtalantaGo ⚫️🔵 pic.twitter.com/Nxs5zHATcC

The visitors, on the other hand, won three of their last five games while scoring 12 goals and keeping four clean sheets. Atalanta won the reverse fixture in a stylish manner, beating AC Milan 3-0 at the San Siro.

Gian Piero Gasperini will have a full squad available to him and is likely to use it to full strength to finish the season on a high. Atalanta top-scorer Luis Muriel came off the bench in the final against Juventus and is likely to start this time around in a strike partnership with his Colombian teammate Duvan Zapata.

Ruslen Malinovskyi has been La Dea’s MVP this season despite playing lesser minutes and might start ahead of the 24-year old Matteo Pessina. The duo started together in the Coppa Italia final as Gasperini tweaked the tactical set-up, but is more likely to stick with his usual 3-4-1-2 against Milan.

Stefano Pioli has one major absentee in Zlatan Ibrahimovic who has been ruled out of the season following a knee injury.

Apart from the 39-year old forward, Milan have a fully fit squad to their disposal in the must-win game. There are no suspensions for the Rossoneri either.

Club captain Alessandro Romagnoli is likely to sit out yet again as Chelsea loanee Fikayo Tomori has given him tough competition for the starting place this season.

Rafael Leao’s pace might come out handy for Pioli in the second half as a more composed Hakan Calhanoglu is likely to start on the left side up front in the 4-2-3-1 formation.

The German full-back Robin Gosens has been one of Gasperini’s most lethal weapons this season with 11 goals and six assists in the league.

No foreign defender has scored more goals than #Gosens in a single @SerieA_EN season (11)! He equalled Passarella's record dating from the 85/86 season 🦹🏻‍♂️

Operating from the left side, Gosens is placed in a more advanced role ahead of the three-man defence, in the left wing-back position. The 26-year old has been given full freedom to pierce into the final third and find spaces on the left flank.

Atalanta are known to suffocate their opponents and win possession in the attacking half with their constant pressing and blocking off passing lanes, with most of their attacks building up from Gosens’ left side. His sharp runs and passing might become a headache for Pioli’s men as their attacking approach often leaves spaces for opponents to attack.

Davide Calabria will have to make sure he stays on his toes to check Gosens while also performing his own attacking duties from the right-back position.

On the other hand, usual left-winger Ante Rebic has occupied the central role for AC Milan following Zlatan’s injury and has made the most out of it, scoring four in the last three games including a 12-minute hat-trick against Torino.

Milan are fluid in the attack with Rebic, Calhanoglu and Theo Hernandez giving each other supporting runs while their midfielders attack the box.

Already in fine form, Rebic’s pace might take Milan sprinting through to the Champions League spot if they catch Atalanta on a break, which is highly possible with their incessant pressing in the opponent half.

Cristian Romero and Hans Hateboer will have a tough time out handling the trio of Hernandez, Calhanoglu and Rebic on Milan’s counter-attacks.

Both teams are brimming with talent and are capable of playing fluid attacking football at will. The heated battle will come down to the tactical adeptness of both the managers as the winner takes the second spot in the league.

Atalanta’s fearless pressing will be facing Milan’s flawless counter-attacking and the result will massively depend on disciplined defending and clinical finishing as both teams possess two of the best goalkeepers in the league.

Hunger will be another deciding factor in the closing fixture with AC Milan having the Champions League qualification on the line and Atalanta looking to end the season on a high note after the Coppa Italia defeat.

FootTheBall predicts a Atalanta 2-3 AC Milan which will send the Rossoneri to second place.