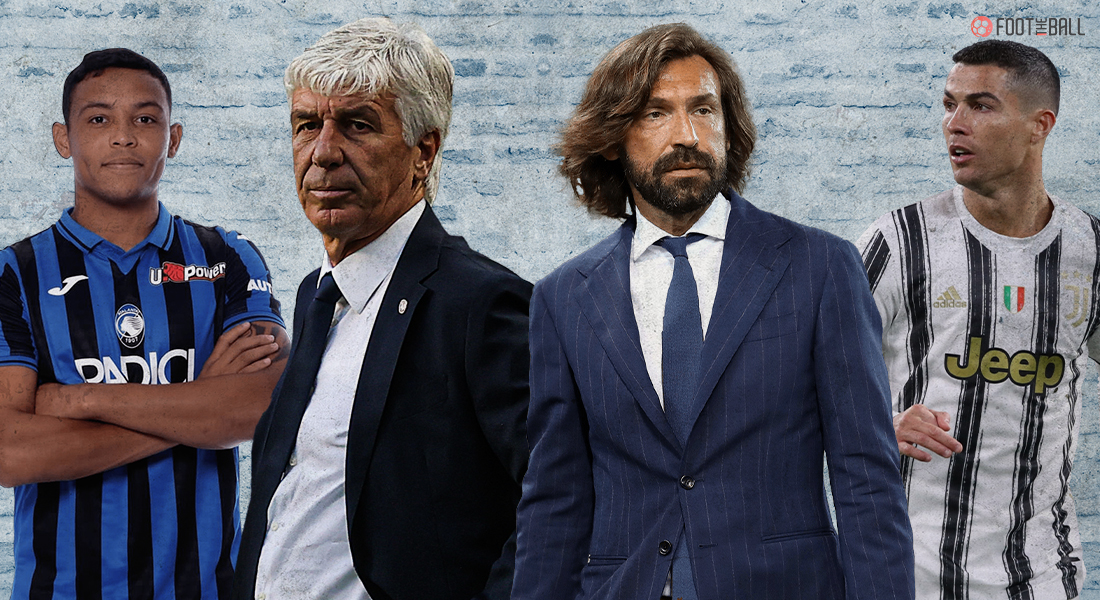 Italian giants Juventus have won 13 Coppa Italia titles overall, their rivals on Wednesday Atalanta have only ever won the competition once. The Nerazzurri’s last triumph in the Coppa Italia came almost six decades ago when they won the 1963 final against Juventus’ crosstown rivals Torino at the San Siro in Milan.

Atalanta’s current manager Gian Piero Gasperini was only five years old when that happened, but on Wednesday he will be leading them from the technical area as he bids to secure a first ever trophy for Atalanta ever since that triumph in 1963.

Juventus manager Andrea Pirlo will, on the other hand, be looking to salvage this disastrous season with a piece of silverware with his side in danger of missing out on the Champions League places in Serie A.

Thus, one can clearly see that Atalanta and Juventus are on an upward and downward trajectory respectively coming into the decider of the Italian Cup this season. FootTheBall analyses both teams’ chances of winning the Italian Cup ahead of the highly anticipated match

Italian centre-back Rafael Toloi has sustained an injury and won’t be able to play Atalanta’s most important game of the season even though he is traveling with the squad.

Meanwhile, Croatian midfielder Mario Pasalic started Atalanta’s match with Genoa on the bench and is in the running to feature in the starting line-up for Gian Piero Gasperini’s team.

Juventus’ Uruguayan midfielder Rodrigo Bentancur was sent off in their match with Italian champions Inter Milan and will be suspended for this game.

Meanwhile, Merih Demiral might not be able to play owing to fitness concerns that continue to plague him.

Apart from the above mentioned duo, Andrea Pirlo has the entire first team to rely on for the Coppa Italia final

Luis Muriel has been in breathtaking form for Atalanta this season and will be expected to shoulder goal-scoring responsibilities once again as Gasperini’s side look to cap off an iconic few years with a trophy. The Colombia forward has scored 26 goals across all competitions this season for Atalanta, including 22 in Serie A.

Along with fellow Colombian international Duvan Zapata, he has led the charge for Gasperini’s men in Serie A as they currently sit second having ensured Champions League qualification for next season and on the brink of a record-breaking season in the club’s history. On Wednesday too, the Colombian will have to step up if Atalanta aspire to win only their second major trophy

For Juventus, look no further than the Portuguese captain Cristiano Ronaldo on the pitch. Even though the former Real Madrid player is rumoured to be going back home next season to link up with boyhood club Sporting CP, he hasn’t took the foot off the gas for La Vecchia Signora.

The 36-year old has scored 29 goals for Juventus in the league and 36 across all competitions.

Despite, his goalscoring heroics Juventus haven’t won anything apart from the Italian Supercup until now in the season. Ronaldo has the proclivity of stepping up in the biggest games and Pirlo will be hoping that the Portuguese delivers the goods on Wednesday

Juventus have delivered below-par performances this season, while Atalanta have exceeded expectations. Atalanta haven’t lost to Juventus in Serie A this season and are currently second in the league.

Expect the match to go right down to the wire with Juventus uncharacteristically not being able to break down Gasperini’s men’s defensive organisation.