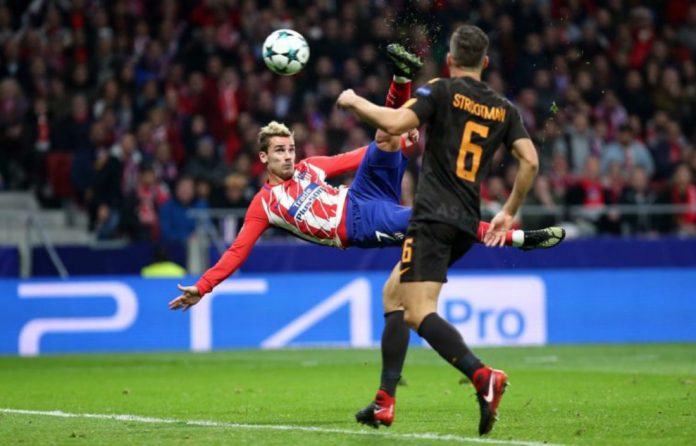 MADRID, Nov. 22 (Xinhua) — Goals from much criticized attacking duo of Antoine Griezmann and Kevin Gameiro kept Atletico Madrid’s slim hopes of reaching the last 16 of the Champions League alive on Wednesday night with a 2-0 win at home to Roma.

Griezmann had been booed off the pitch during Atletico’s 0-0 draw at home to Real Madrid on Saturday night, but he shut a few mouths with a spectacular overhead kick to open the scoring with 20 minutes remaining. 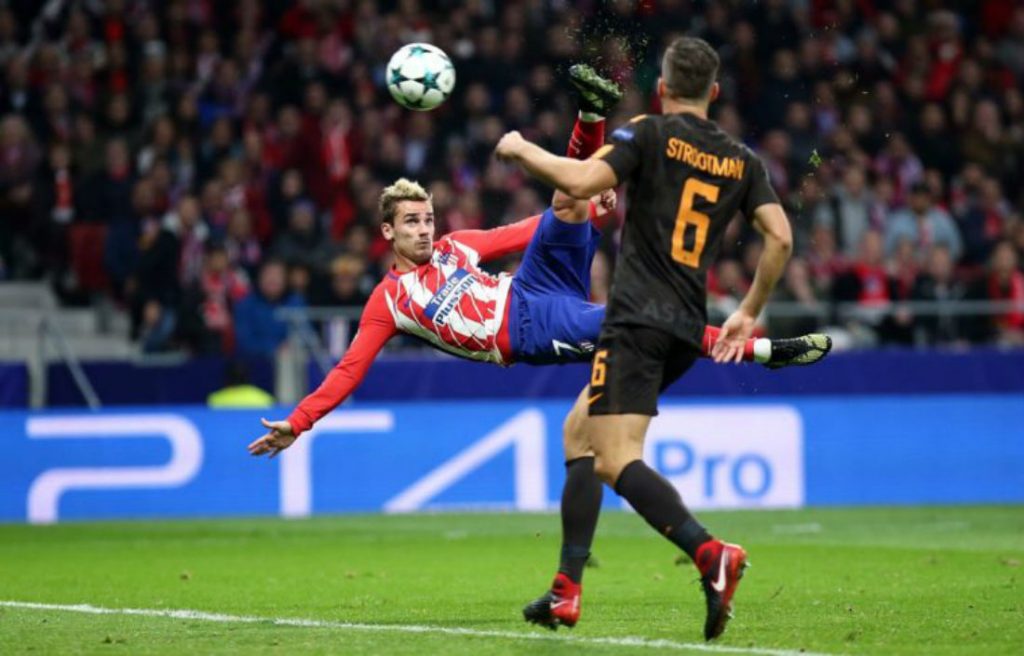 Roma were reduced to 10 men when Bruno Peres was sent off for a second yellow card with seven minutes remaining and Gameiro sealed Atletico’s win with a finish into an empty net from a narrow angle two minutes later.

Atletico coach Diego Simeone lost right back Juanfran Torres through injury before kick off with Jose Gimenez stepping into the side, while Augusto Fernandez made his first start since a serious knee injury in place of Gabi Fernandez and Fernando Torres also began his first game in the group stage. 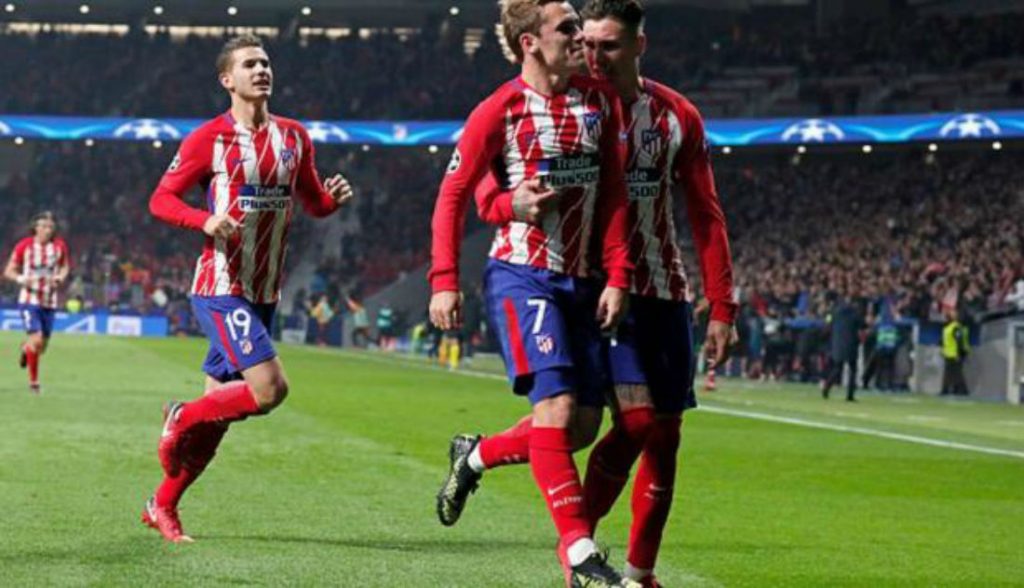 In reality the game seemed to produce little excitement among Atletico fans and it was the lowest entrance in the new Wanda Metropolitano Stadium to watch what was in reality a rather dull affair in which both sides struggled to create chances; partly because Roma knew a draw would see them into the next round, while Atletico had failed to score more than one goal in each of their last 10 matches.

Augusto did see a 25 yard shot hit the back of the Roma net in the first half, but it was ruled out because of a previous handball. 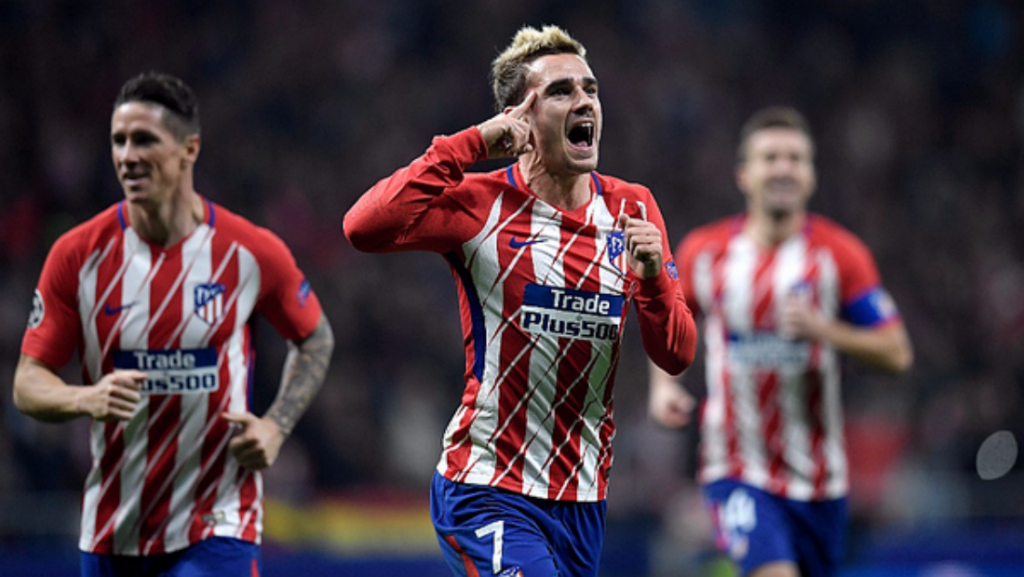 Nevertheless Griezmann’s goal gave Atletico a lifeline, although the odds are still against the Spanish side who need to win away to Chelsea and hope that Roma fail to claim a home win against minnows Qarabag in the last group game to reach the last 16.