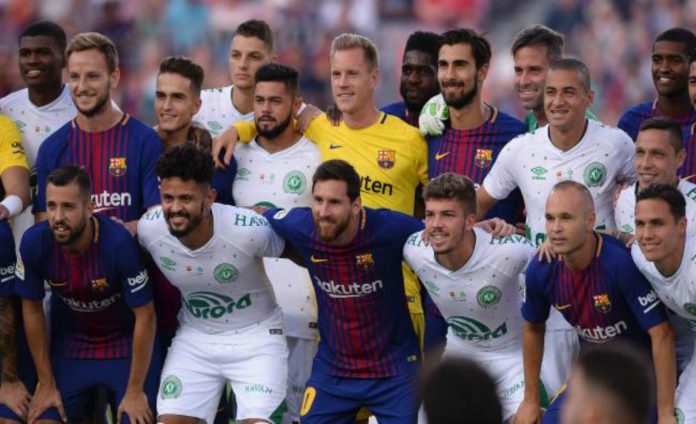 If the game was already bound to be emotional given the plane crash which decimated Chapecoense’s squad in 2016, it was given extra spice by Neymar’s move to Paris Saint Germain for a world record 222 million euros last week.

There were a few isolated songs against the Brazilian and his new club in the first half but the vast majority of the fans who turned up on a hot Barcelona night were interested in seeing how their side would perform without one of their key players.

Gerard Deulofeu, recently resigned from Everton, was given the task of replacing Neymar and in the 45 minutes he was on the pitch he didn’t disappoint, opening the scoring with a tap in after just 6 minutes and then setting up Leo Messi for Barca’s third in the 28th minute.

What a great team goal to take the lead! You can watch LIVE on the FC Barcelona Facebook Page @RakutenArena pic.twitter.com/SsjIagGD1p

A rare Sergio Busquets goal made it 2-0 after 10 minutes and had it not been for a string of saves from Chapecoense keeper Elisas, Barca could have gone in at halftime with a hatful of goals. 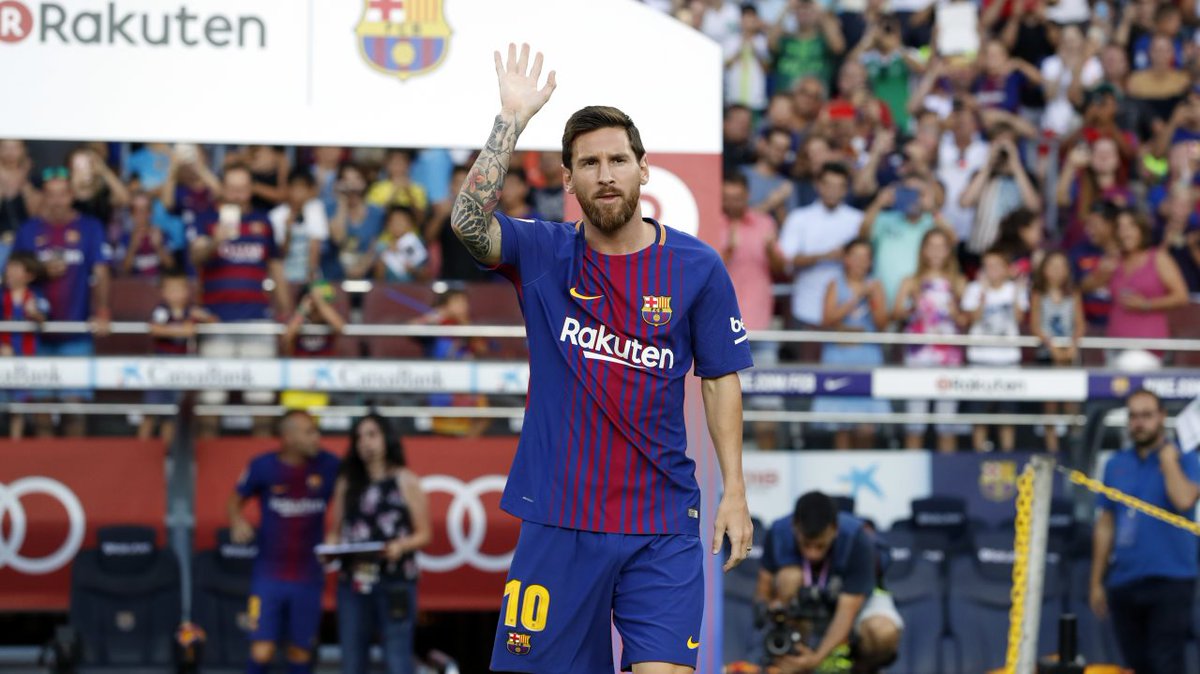 Luis Suarez added Barca’s fourth goal after a Messi pass, nine minutes after halftime and Denis Suarez made it 5-0 in the 74th minute and it should have been 6-0 after Paco Alcarer saw a late penalty saved after a foul on debutant Nelson Semedo.