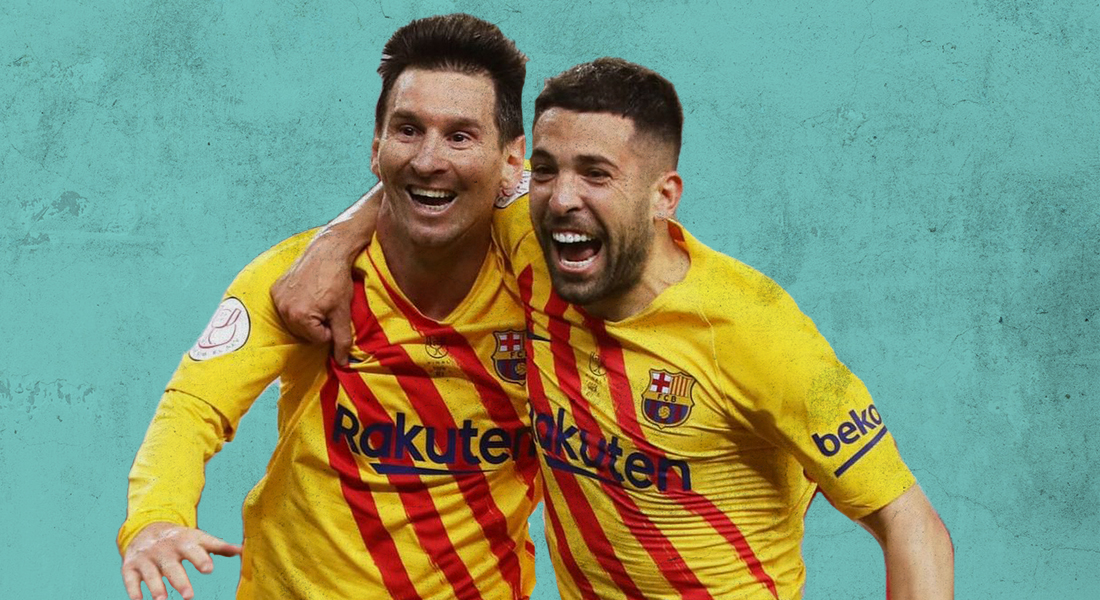 Barcelona won their record extending 31st Copa del Rey trophy in Seville thanks to a second half barrage of goals in the Final against Athletic Club. The Blaugrana were the dominant team throughout the ninety minutes as they handed Athletic their second Copa del Rey defeat in two weeks and that too at the same venue.

Los Leones had earlier lost the 2020 Copa del Rey Final to Real Sociedad (played out on 3rd April 2021) and had been looking to bounce back with a win in the 2021 edition, but the Azulgrana had different plans as Ronald Koeman won his first trophy as Barcelona manager in southern Spain.

The first half started on a positive note for the Blaugrana as Frenkie De Jong hit the post in the fifth minute after receiving the ball from Messi, but that was the closest Barcelona came to opening the scoring in the first half.

The Argentine was picked out by Sergio Busquets, but the angle was too tight for La Pulga to score, so he passed it to the Dutch midfielder who attempted to slide the ball into the far left corner of the goal. Three minutes later the Argentine combined brilliantly with Griezmann only to see his shot being parried away for a corner.

As the play started again, Athletic earned a free kick from which Martinez should have scored for Los Leones. As the clock approached half-time, Messi was fouled by Dani Garcia from behind – a cynical foul that saw the Spaniard receive the first booking of the match.

As both teams made their way into the tunnel, the match remained scoreless despite Barcelona controlling and dominating possession.

IMPRESSIVE SECOND HALF DISPLAY FROM THE CATALANS

Barcelona came out in the second half and instantly started pushing for an opener in a bid to unlock Athletic’s defence as Griezmann missed from close range for the Catalans in the 48th minute. Five minutes later Athletic goalkeeper Unai Simon denied Busquets from close range.

But the floodgates opened at the hour mark as Griezmann broke the deadlock after receiving a cut back from De Jong to finish brilliantly from the middle of the penalty box. From then on, the tie tilted in favour of the Catalans as they scored another three goals in the subsequent twelve minutes to effectively rule out any comeback from Athletic Bilbao.

Frenkie De Jong scored a goal and created two in an impressive outing, while Messi scored two times in just four minutes to put the tie to bed. Jordi Alba bagged two assists – one each to De Jong and Messi – and Griezmann saw one of his attempts being ruled out for offside as Athletic Bilbao were soundly defeated by the record Copa del Rey winners.

In the closing stages of the game, Athletic Club tried to score a consolation, but to no avail as Barcelona’s goalkeeper Marc Andre Ter Stegen kept a cleansheet on the Blaugrana’s way to victory.

THE WAY AHEAD FOR BARCELONA AND ATHLETIC BILBAO

Next up for Barcelona is a clash against Getafe in La Liga as Ronald Koeman’s team continues its title challenge for La Liga in Spain. They are just two points off the summit at the moment and have a pretty decent chance of turning the tide in their favour with eight games still to be played in the Spanish top-flight.

Athletic Club, on the other hand, will square up against sixth placed Real Betis in the Spanish league. Marcelino’s side are currently languishing in eleventh position in La Liga and haven’t won any of their last five matches in the competition, apart from losing two cup finals against Real Sociedad and Barcelona respectively