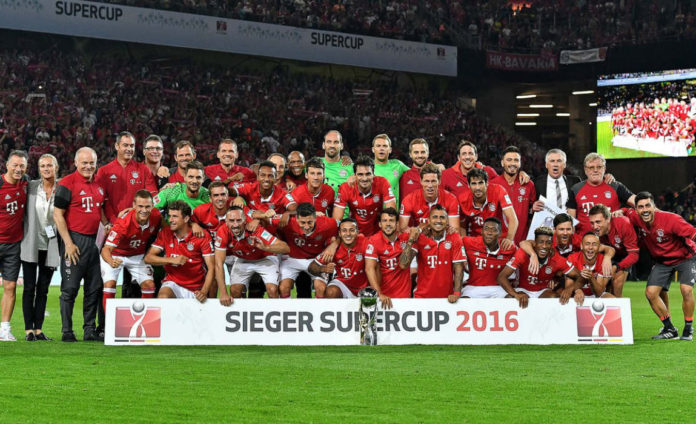 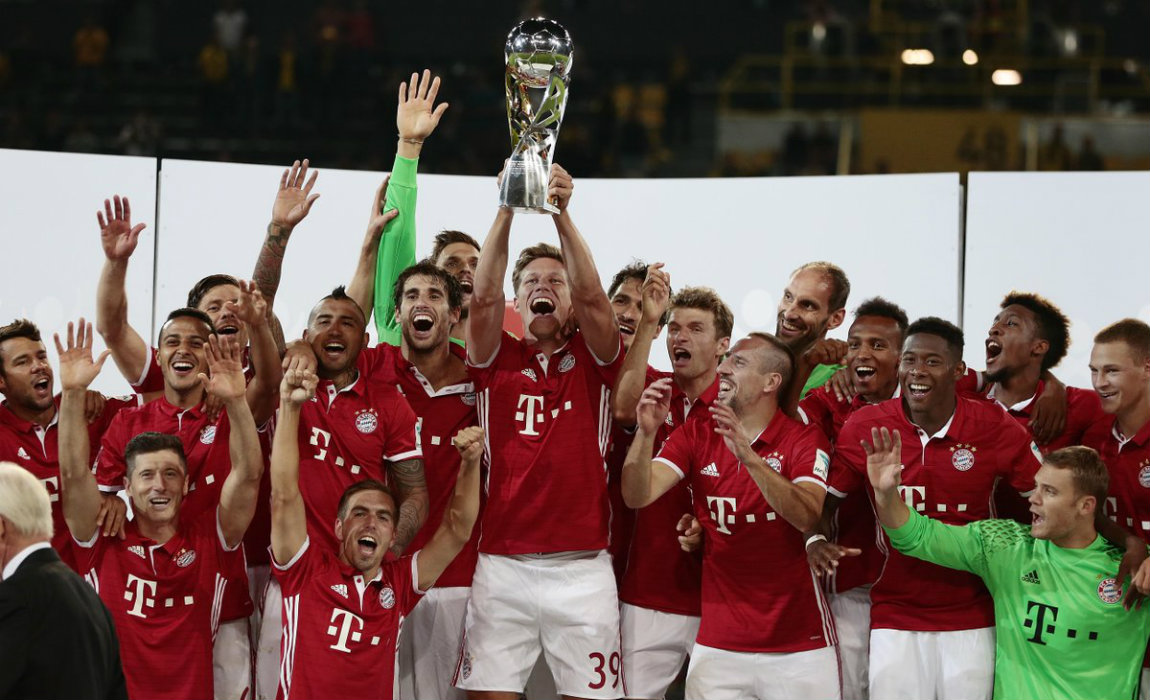 Bayern Munich’s Arturo Vidal and Thomas Mueller were on target to edge wasteful hosts Borussia Dortmund 2-0 at the 2016 German Supercup on Sunday.

Thomas Tuchel’s men dominated the first half but were unable to make the most of their promising opportunities. Bayern turned up in the second half and opened the scoring through Vidal before Mueller sealed the deal to wrap the fifth Supercup title in the club’s history.

However, things started other than expected at the outsold Signal-Iduna Park as Dortmund took the reins from the kick-off meanwhile Bayern were unable to gain a foothold into the game.

Dortmund’s new arrival Marc Barta provided the first chance for the hosts but Shinji Kagawa hammered the through ball into the side netting from close range in the 7th minute. Only one minute later, Pierre Emerick Aubameyang had the opener on his foot but Javi Martinez blocked the effort by the Gabon international in the last nick of time.

Carlo Ancelotti’s men were still unable to get a shot on target whereas Dortmund become exasperated with Bayern goalkeeper Manuel Neuer, who neutralized opportunities from Ousmane Dembele and Adrian Ramos. 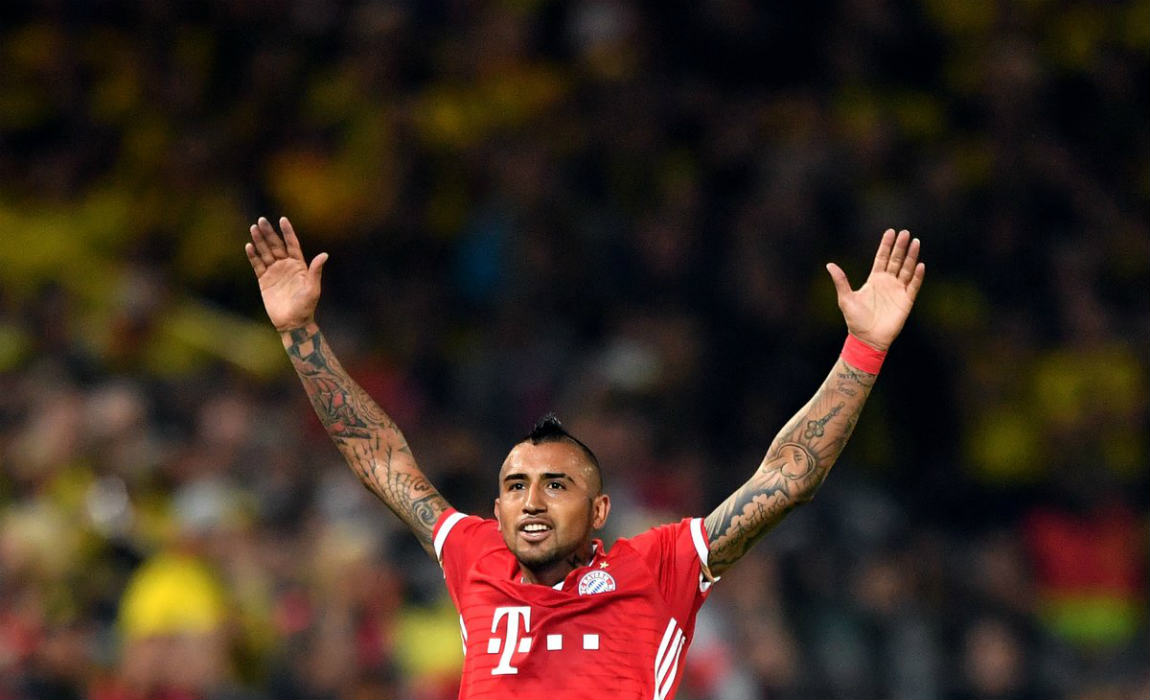 The German giants finally got their first effort on the target as Vidal squandered a header before he pulled the rebound over the open goal in the closing period of the first half.

After the restart, Dortmund continued with their offensive performance as Dembele shrugged off three Bayern players to test custodian Neuer, who tipped the ball to the left post.

Dortmund’s wastefulness in front of Bayern’s goal got punished in the 58th minute when goalkeeper Roman Buerki palmed Vidal’s effort away, allowing the Chile international to lob the follow up shot into the far post corner to open the scoring. 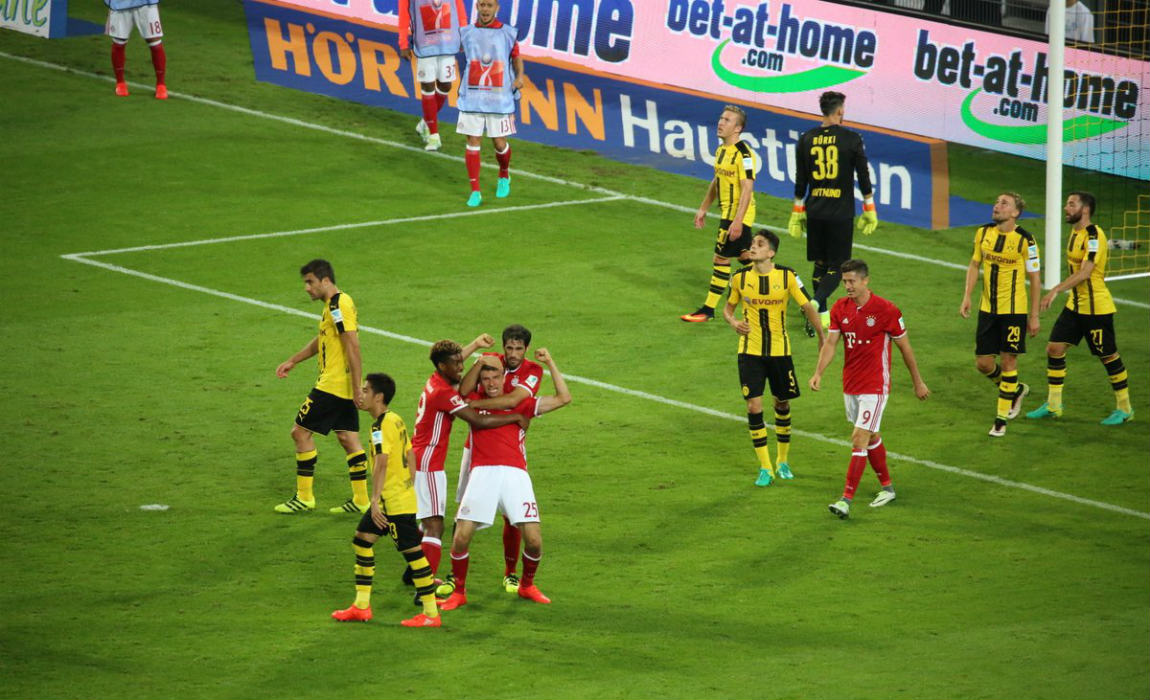 The hosts tried to respond but Bayern put the result beyond doubt in the 79th minute after former Dortmund skipper Mats Hummels headed a corner into the path of Mueller who tapped home the 2-0 lead.

“We are glad as it was very difficult,” Ancelotti said. “Dortmund played very well in the first half, but we turned up in the second half. It is good to start with a title into the season.” 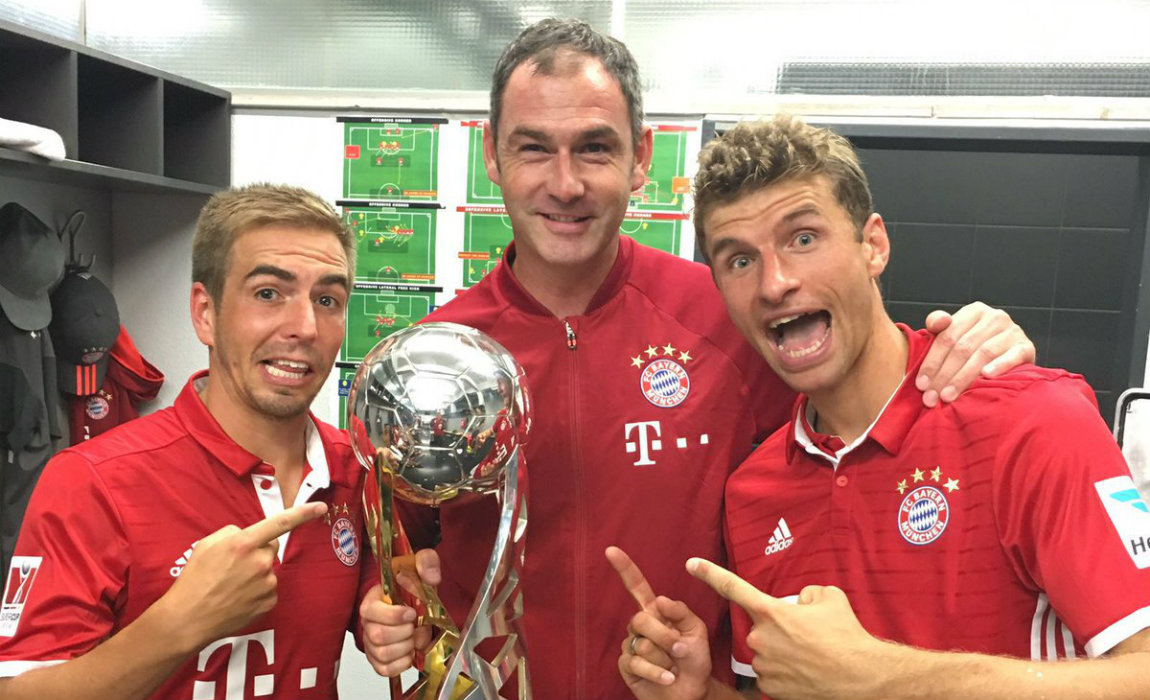