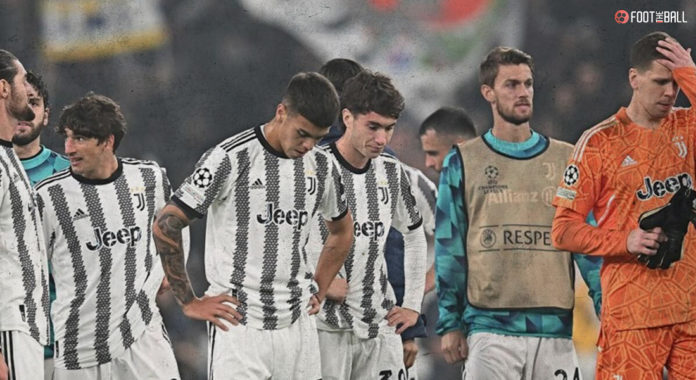 Scandals and Serie A. It is a relationship that is as old as the league itself. The league is among the top five in Europe and, over the years, has produced fantastic players and teams that reigned at the apex of the football pyramid. Unfortunately, however, Serie A has seen its fair share of scandals that have marred its image over the years.

And yet again, the league saw its most recent scandal as 36-times champion Juventus were hit by a 15-point over transfer irregularities. The Italian sports tribunal took this harsh measure after finding massive fraud that showed huge profits on paper that did not exist.

This decision has pushed Juventus from third position all the way down to 10th, 27 points behind league-leaders Napoli and 14 points adrift of the Champions League places. And in one more piece of bad news, the tribunal is also investigating league leaders Napoli who are currently 12 points ahead of second-placed AC Milan.

However, this is not the first instance that Serie A and even Juventus have been involved in a scandal. And FootTheBall brings you a history of Serie A scandals and the consequences that they faced.

Even before the Totonero scandal came to light, Italian teams had been suspected of match-fixing. Hungarian boogeyman Dezso Solti was notorious for offering referees massive sums of money before the match to ensure favourable decisions for Inter Milan. However, none of them were close to the 1980 Totonero scandal.

In this instance, a restaurant owner, Alvaro Trinca and Massimo Cruciani, who was his supplier came up with a scheme to bribe players to fix matches. Players of clubs such as Lazio frequented Trinca’s restaurant and AS Roma., some of whom agreed to fix the match.

The first match to be fixed was the clash between AC Miland and Lazio, which ended in a 2-1 win for Milan and helped the duo of Trincs and Cruciani make lots of money. However, subsequent matches went differently than planned as they lost more than 100 million lire.

Under colossal debt and with nowhere to go, they went to the police and disclosed the scandal and the names of all players and other officials involved. In total, 14 players, along with the Presidents of AC Milan and Bologna, were detained. As many as 20 players, including Italy’s star striker Paolo Rossi (who was not involved), were handed multiple-year suspensions. At the same time, Felice Colombo was banned for life, a sentence later reduced to six years. Bologna President Tommaso Fabretti was also banned for a year.

Perhaps the biggest scandal ever in the history of football. During the early 2000s, Juventus and AC Milan were locked in a fierce rivalry in Serie A. Due to this, there were allegations of doping, especially against Juventus, which led to Italian authorities monitoring phone calls of top Serie A and top club officials. While they didn’t discover any doping scandal, what they found would rock the foundation of Italian football.

In the phone calls, they found that referees were pressured to make favourable decisions for several clubs. The clubs involved were Juventus, AC Milan, Fiorentina, Lazio in Serie A, and Reggina in Serie B.

The investigation found that these clubs significantly Juventus massively profited with biassed refereeing decisions, sometimes having a massive say in a title race. And at the heart of Calciopoli was Luciano Moggi, the general manager of Juventus.

Players who left the last time Juventus were punished after the 2006 Calciopoli scandal pic.twitter.com/zriXrVQYru

While Italian sports consultancy firm GEA World uncovered the scandal, La Gazzetta Dello Sport reported it first in the media. The scandal caused widespread protests across Italy and forced the league to take action. As a result, Italian Football Federation President Franco Carraro resigned and was replaced by Guido Rossi.

However, Juventus and AC Milan took the major blow of the punishment. As a result, Juventus were relegated to Serie B and were docked nine points. In addition, they were stripped of the 2004-05 Serie A title, docked all points from the 2005-06 season, and sent down the table to 20th.

Fiorentina were hit with an eight points ban and were knocked out of the 2006-07 Champions League. AC Milan were docked eight points from the 2005-06 season and 30 points from the 2004-05 season but remained in Serie A. Lazio were hit by three points and were knocked out of the 2006-07 UEFA Super Cup. Reggina, the only side from Serie B involved in the scandal, were docked 11 points and hit with a €100,000 fine.

Just five years after the Calciopoli, Serie A was again marred by a match-fixing scandal in the 2011-12 season. Initially, the scandal garnered little attention as most clubs played in Serie B and Serie C and involved lesser-known players. The first wave of arrests included former player and Serie A top scorer Giuseppe Signori and Atalanta midfielder Cristiano Doni.

Cristico’s name caused him to be excluded from Italy’s 2012 Euro squad on the final day. In total, 15 clubs were penalised, along with several players. Even Juventus’ then manager Antonio Conte was questioned by authorities over his role.

The recent scandal to rock the Serie A, though not involving match-fixing, has serious allegations of its own. In an investigation by the Italian Football Association’s sporting tribunal, Juventus have been found to be inflating earnings from transfers. The case has been ongoing for some time but was closed after no evidence could be found.

In short, Juventus have been accused of misusing amortisation to show a profit on paper that doesn’t exist. For example, if they are selling a player for €20 million, they show the entire amount as profit which is not the case as the money is not wholly paid upfront but is spread over years of instalments. Whereas when they buy a player for €20 million with the sum to be paid in five years, they record the payment as only €4 million, which is to be paid yearly to the club from which they brought the player.

All caught up? Good, because it's 2023 and it's happened again. We all know Juventus have been docked 15 points and now sit 10th in Serie A, but what did they actually do? Remember the Arthur x Pjanic swap deal, it wasn't that straightforward… pic.twitter.com/mRFuEnnhqb

Using this method, they can show a profit of €16 million on paper, which does not exist in the real world. Earlier, the investigation was closed because Juventus said that a player’s value is subjective and depends on the market and the club’s willingness to pay as much as they want to acquire them. However, the case has been recently reopened after new evidence has emerged showing that Juventus had deliberately conspired to inflate their accounts.

In the earlier investigation, ten clubs apart from Juventus, such as current league leaders Napoli, Sampdoria, Genoa and Empoli, were also investigated and could face action like the Old Lady if found guilty by the tribunal.

Juventus are currently in 10th on the Serie A table with 23 points after receiving the punishment.