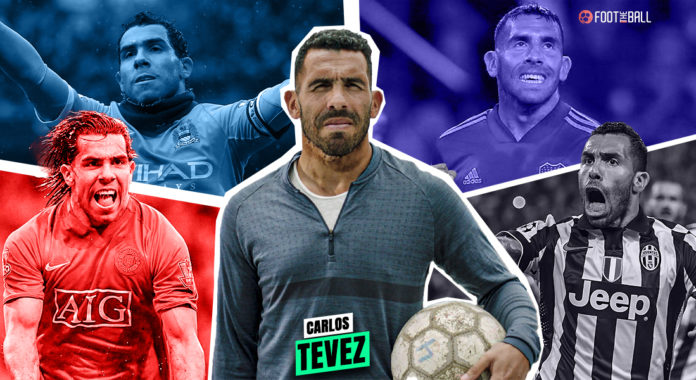 Less than a month after announcing his retirement from playing, Carlos Tevez has been appointed as the manager of Rosario Central in an unexpected announcement.

Carlos Tevez joins Rosario Central on a one-year contract with the club stuck in 23rd position in the 28-team Argentina Premier Division.

In the official announcement, Rosario Central said that Tevez has signed a 12-month contract with the club. However, there is a twist in the tale. Due to Tevez not having any coaching badges yet, Carlos Retegui will be the head coach on paper. A similar thing happened when Andrea Pirlo was appointed as the Juventus head coach. Pirlo was registered as a member of the scouting staff so that he could appear on the touchline. That move failed with Pirlo sacked after a year at the helm.

To have the permission of appearing on the touchline, Carlos Tevez will instead be registered as the water boy! Just like his playing career, Tevez’s managerial career is off to an interesting start.

Tevez at Rosario Central- How will he fare?

The question on everyone’s mind is how will Carlos Tevez fare as manager. Rosario is in an unfortunate position at the table. Tevez, however, has played under the tutelage of some of the finest brains the world of football has had. His coaching philosophy would no doubt be influenced by the likes of Sir Alex Ferguson, Roberto Mancini, Massimiliano Allegri and more.

Moreover, his eccentric persona on and off the field could translate well to the touchline. He had always been a fun and engaging character in the dressing room. Therefore, his man-management skills might help him flourish as a manager.

Furthermore, working with Carlos Retegui adds a very interesting angle to the whole appointment. Retegui has no experience in top-level football. He was a field hockey player. Therefore, this appointment might just be one where the risk and reward are extremes. If Tevez turns out to be a managerial wunderkind, this move will become a masterstroke. Otherwise, people will look back at it in a confused way as the time when Rosario handed the reins of the club to a newbie manager registered as the water boy, with a field hockey player as his assistant, but head coach on paper!