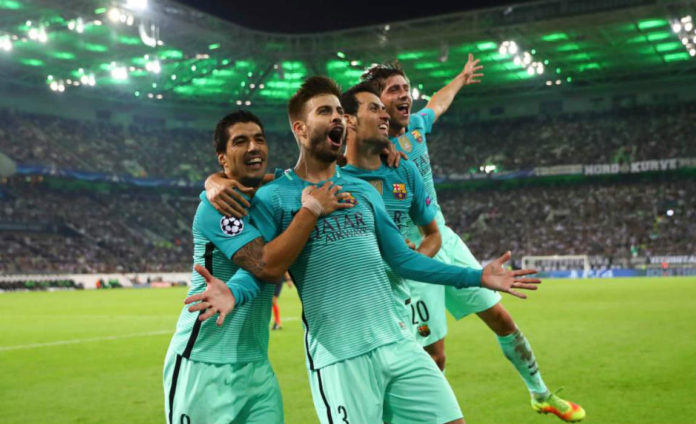 Big-guns of Europe which included the likes of – Bayern Munich, Atletico Madrid, Barcelona, Arsenal and Manchester City battled for earning all the three points in the Champions League group stage matches on Wednesday. 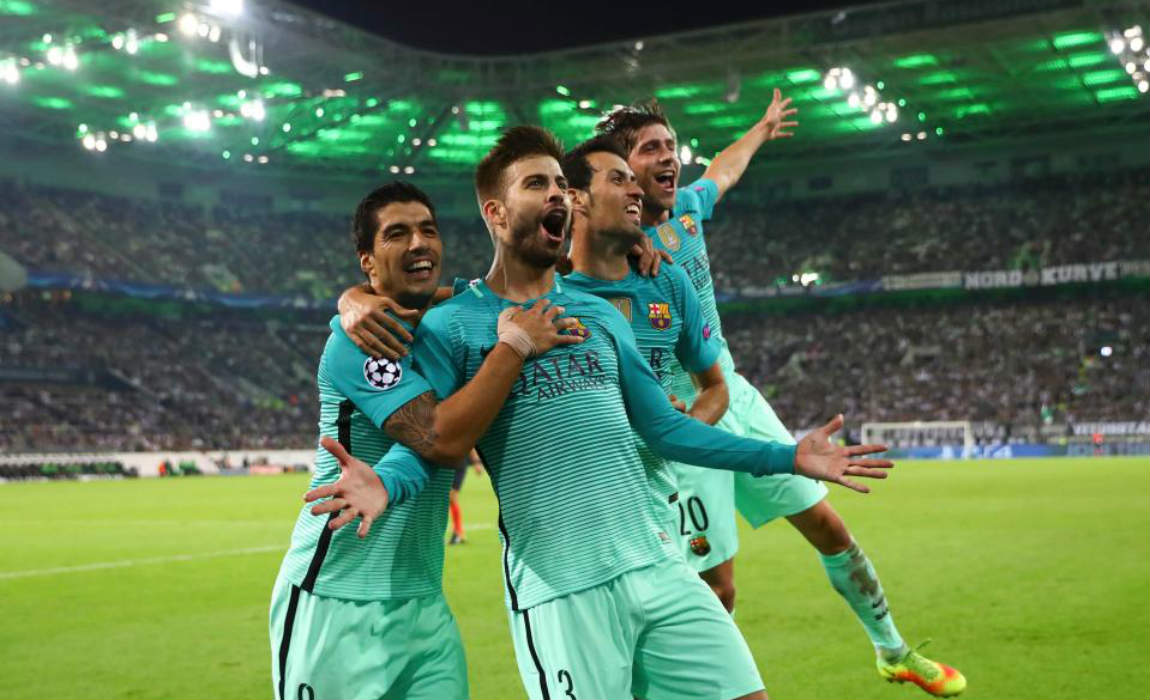 Spanish giants and also pre-season favourites Barcelona came back from behind after conceding an early goal in the first-half against Bundesliga side Borussia Monchengladbach, all thanks to Pique’s late winning goal that sealed all the three points for the Catalans.

Thorgan Hazard, brother of Chelsea star Eden Hazard, opened the scoring for Monchengladbach in the 35th minute, as he took full advantage of an unsettled Barca defence. However the reigning La Liga champions fought their way back in the second-half as they pushed more men forward, before Arda Turan and Gerard Pique scored after the hour mark to clinch a hard fought 2-1 win over the Bundesliga side. 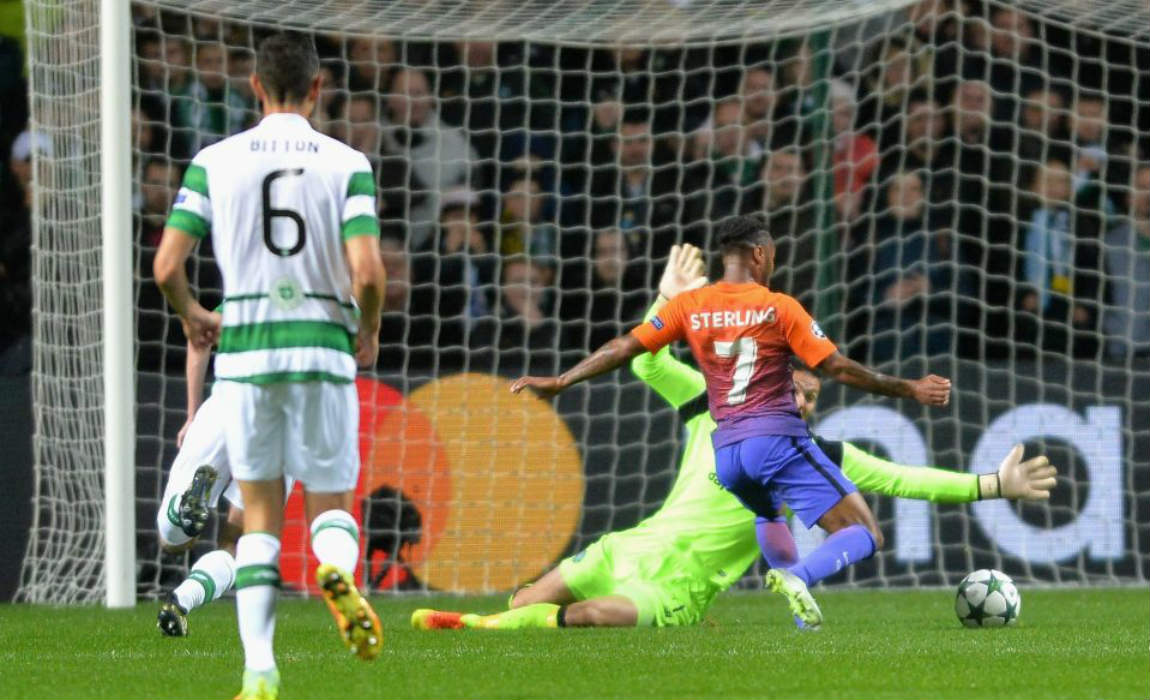 Celtic’s clash with Premier League heavyweight Manchester City was nothing less than a Hollywood thriller – a high-octane encounter where both the teams scored two goals each within the first half-hour.

Celtic’s wonderkid Ousmane Dembele proved his mettle in one of football’s most challenging competitions, after scoring a brace against Manchester City. 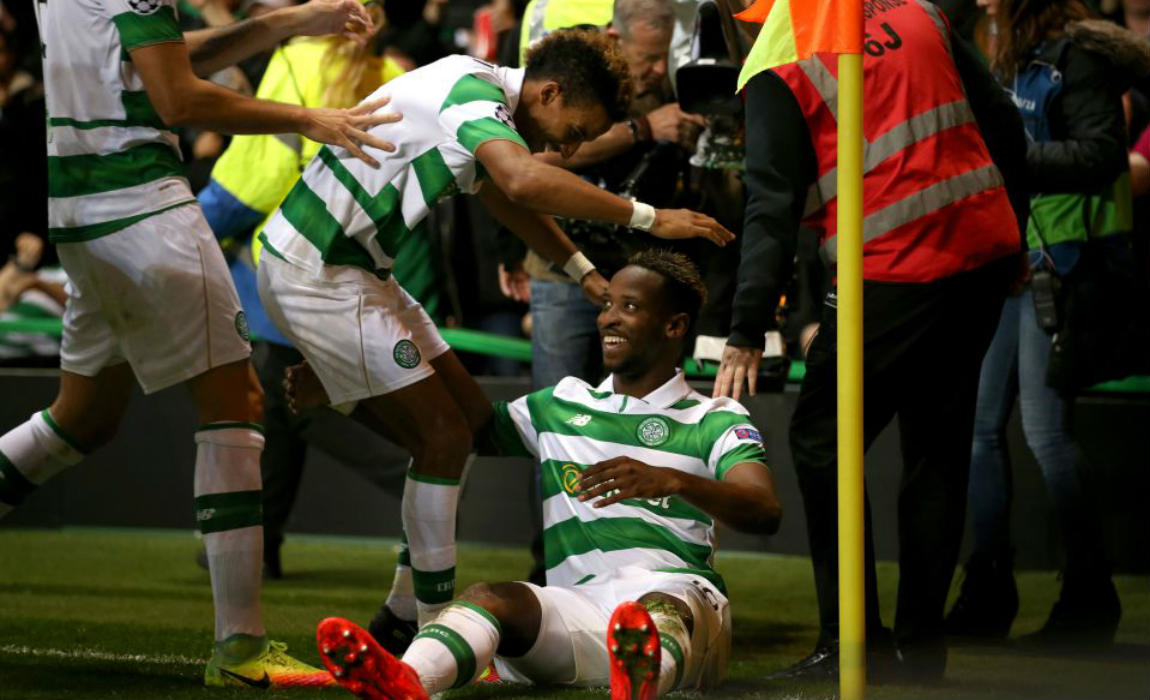 The Scottish team had secured the lead on three occasions, all thanks to Dembele’s brace and an own goal from Raheem Sterling. However, Manchester City fought their way back after going down thrice. Goals from Fernandinho, Sterling and Nolito’s decisive second-half strike secured a point for City, in a pulsating clash against Brendan Rodgers’ side on Wednesday.

The two sides played out a 3-3 draw as Pep Guardiola was stripped off his 100% winning record after taking charge at Manchester City this summer. Craig Gordon pulled off a brilliant save during the last quarter and secured a point for the Sots. 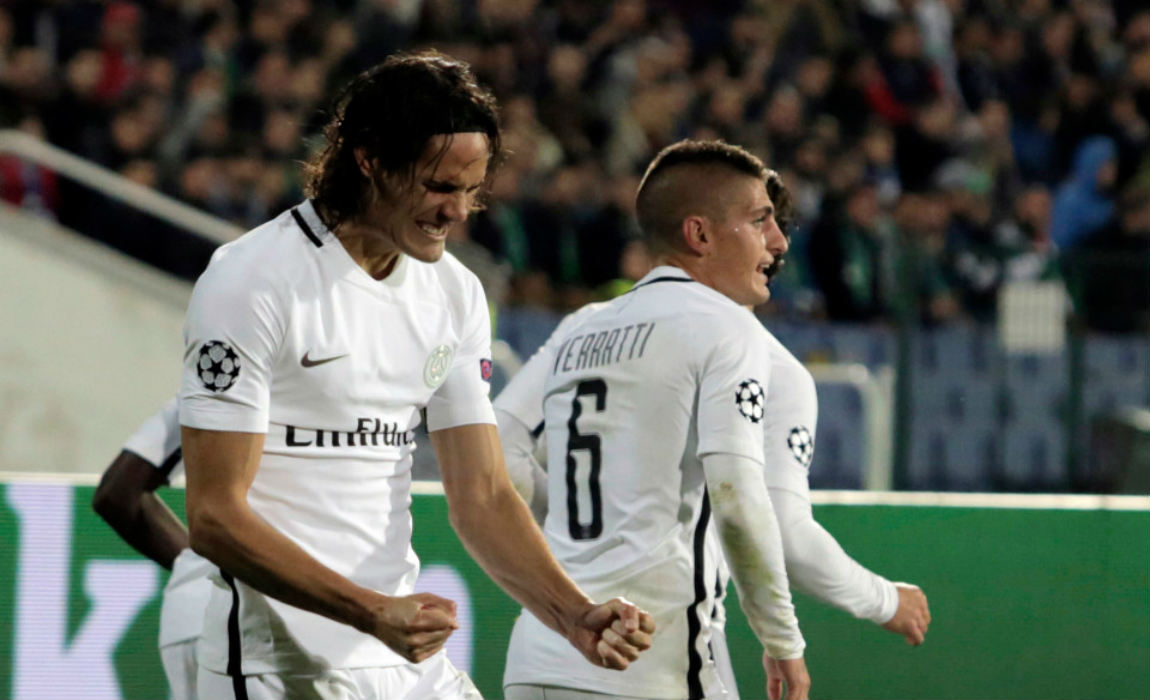 Emery’s Paris Saint-Germain conceded an early goal as against minnows Ludogorets. Ludogorets defender Natanael curled a free kick over the defensive wall 16 minutes into the game to give the hosts a 1-0 lead, with Blaise Matuidi equalizing four minutes before the interval.

Ligue 1 champions held on to their nerves and came back strong into the game in the second-half as Edison Cavani scored his first in the 56th minute before securing the first victory for the French side in Group A with his second goal, four minutes later – but not before Cosmin Moti had a penalty saved for the Bulgarians. 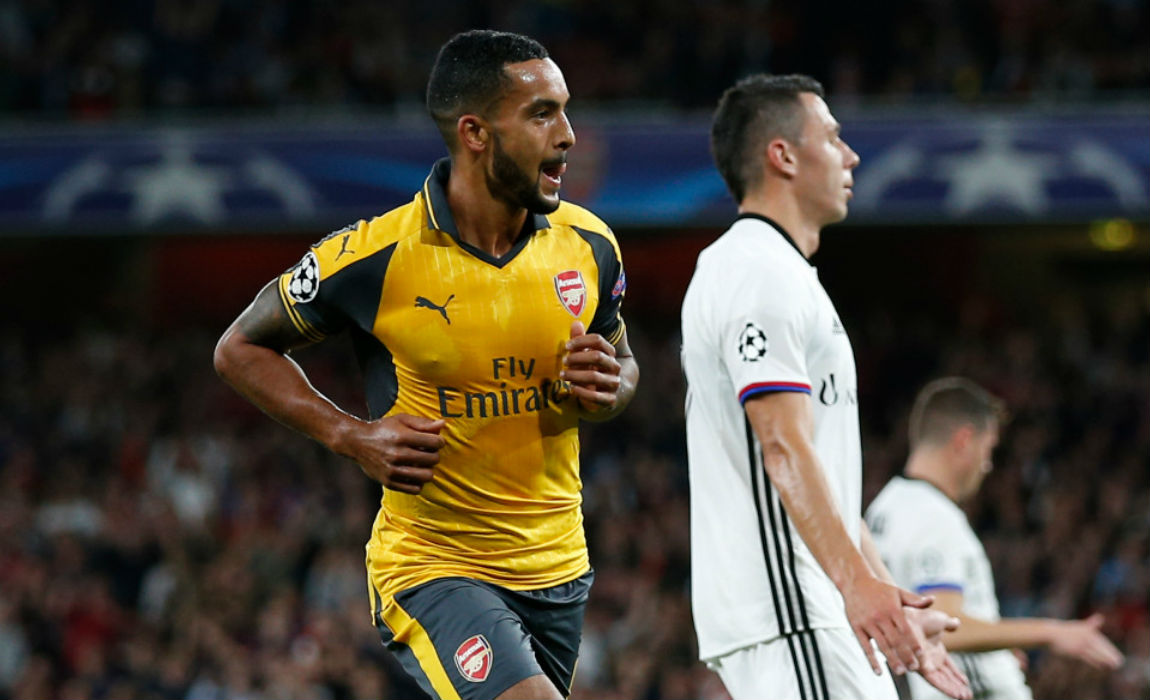 On the contrary, Arsenal enjoyed a comfortable 2-0 victory over Basel at the Emirates on Wednesday. Theo Walcott stepped up the gas and scored a brace in the opening 30 minutes to put the game to bed for Gunners. The Swiss side failed to reduce the deficit as the rock-solid Arsenal defence allowed no space inside the box in the second-half. 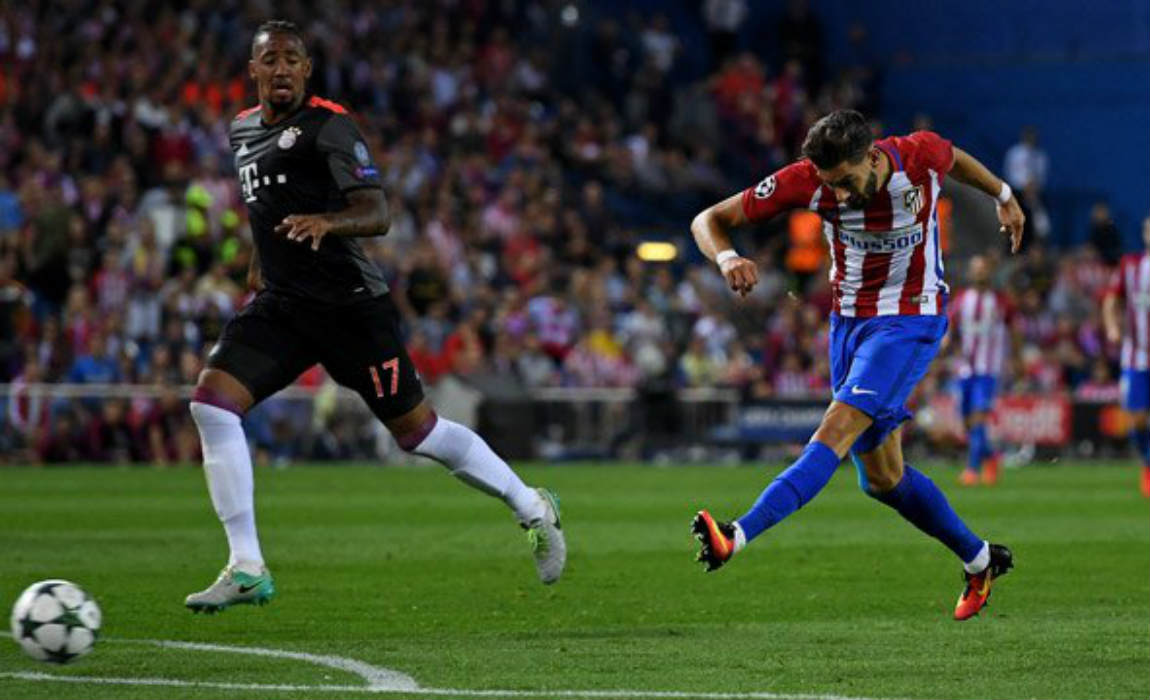 In a repeat of last year’s semi-final fixture between La Liga side Atletico Madrid and Bundesliga giants Bayern Munich, the Spaniards emerged victorious at the Vicente Calderon – all thanks to a spectacular finish form Yannick Carrasco that beat Neuer for the game’s only goal.

Bayern Munich were saved from further humiliation when Euro 2016 top scorer Antoine Griezmann failed to convert from the spot after he hit the crossbar inside the last 10 minutes. 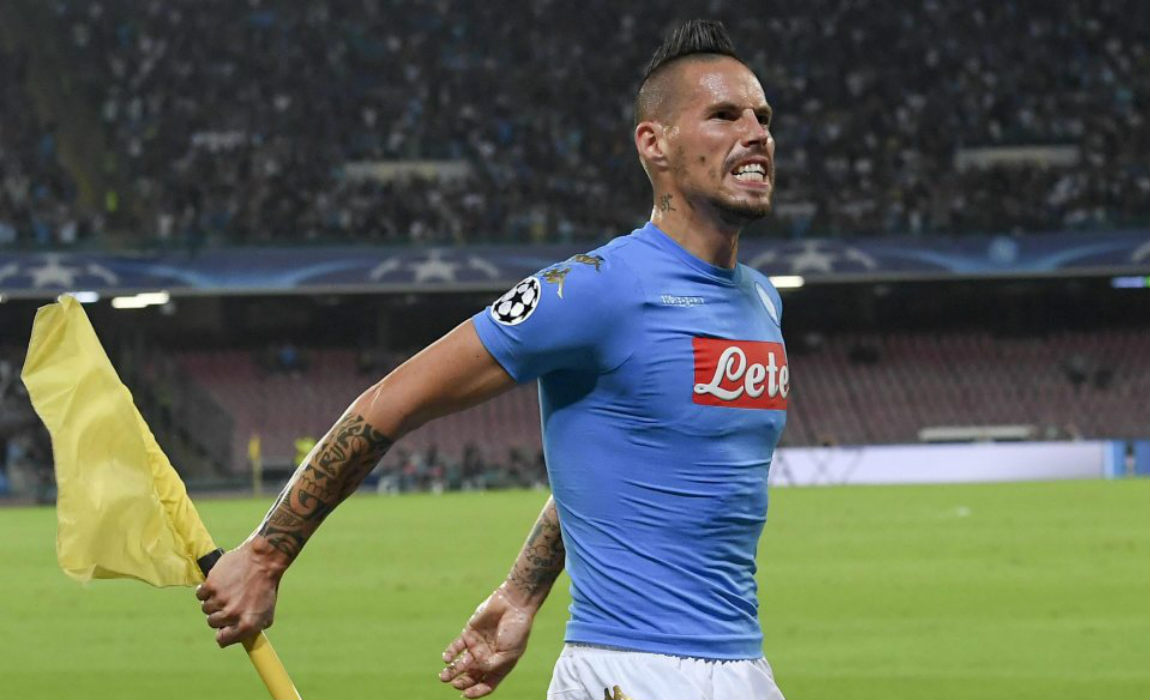 Napoli thrashed Benfica 4-2 to secure all the three points in Wednesday’s Group stage encounter. Marek Hamsik opened the scoring for the Serie A side followed by a brace from Dries Mertens and Milik’s 54th minute strike in the second half.

The Portuguese side managed to pull off two consolation goals late in the second half – all thanks to Guedes and Salvio. But it was not enough to pose any problem for the Italian side, basked in confidence after scoring four early goals. 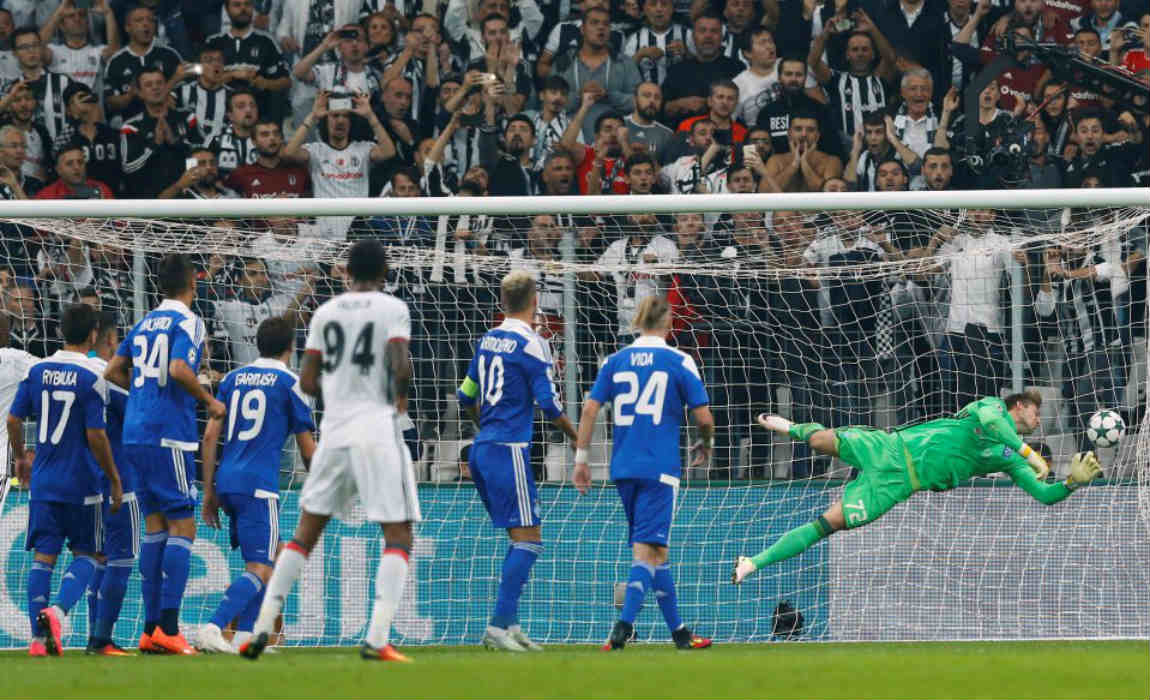 In another encounter in Russia, FC Rostov held PSV Eindhoven to a 2-2 stalemate, all thanks to a brace from Dmitriy Poloz. On the other-side, Besiktas battled hard to pull-off a 1-1 draw against Sergei Rebrov’s Dynamo Kyiv.