KEPA WINS IT FOR THE BLUES 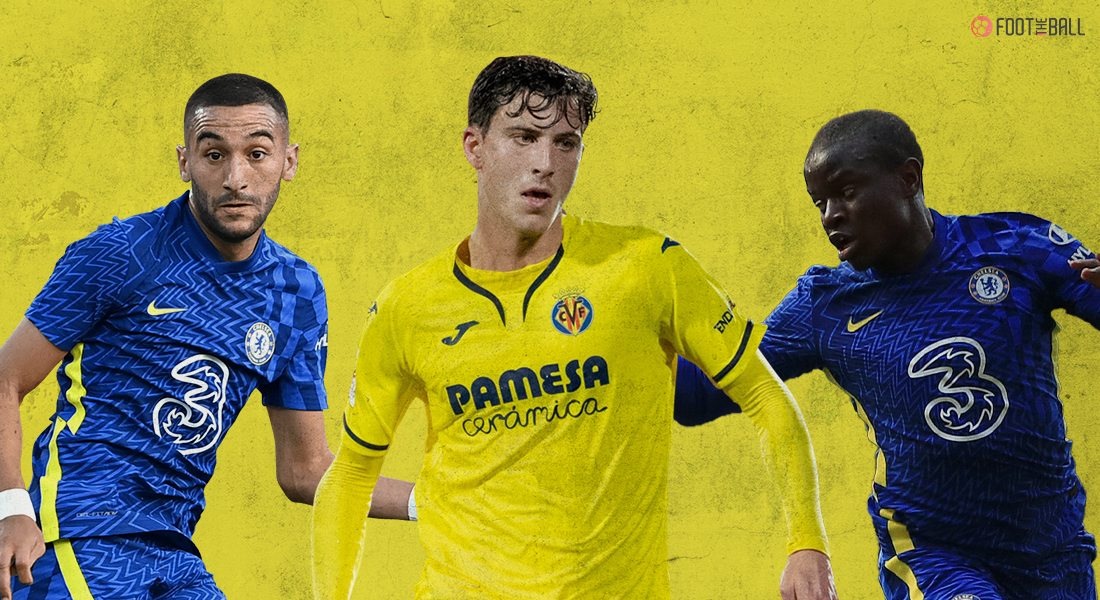 Chelsea take on Villarreal in the first competitive match for either side before the start of the respective league seasons. Chelsea’s newest acquisition Romelu Lukaku does not feature tonight but the Yellow Submarine’s Gerard Moreno does, with the striker having recently signed on for six more years.

The Blues started the more dominant of the two with Werner drawing a sharp save from Asenjo in goal following a corner. However, Villarreal settled down quickly and the game started to get more even.

Chelsea were hogging the ball, especially down the flanks, and posing more of a threat than the Yellow Submarine who were struggling to get forward majorly. That possession told when a long through ball down the left found Havertz who put in a low cross for Ziyech to tuck home just before the half hour mark.

Putting us into the lead! 💪

Villarreal got their first shot on target soon after with Foyth’s pass finding Dia in the box whose shot was saved by Mendy. Chelsea went right up the other hand with Alonso’s low shot needing Asenjo to get down quickly at his near post. However, an injury to Ziyech just before halftime saw him go off clutching his right arm with Pulisic coming on. The last chance of the half fell to Alberto Moreno whose shot on the half volley from Pino’s cross thundered against the crossbar before bouncing just outside the goal line from Villarreal’s perspective.

The Yellow Submarine got the first chance of the second half after Mendy’s errant pass found Dia who slipped in Gerard Moreno one-on-one with the goalkeeper. The striker opened his body up and placed the shot beyond Mendy only to see it rattle away off the right-hand post after a brief touch off the keeper. Villarreal were trying to get their goal as a dangerous cross was hooked away by Chalobah with Chelsea having to defend well.

Unai Emery’s side were attacking far more regularly now with Estupinan’s shot kept out by Mendy at his near post with Chelsea coming under sustained pressure. The equalizer finally came in the 73rd minute after some neat play. Zouma’s poor clearance found its way to Gerard Moreno found Dia whose smart flick in behind allowed the former to finally get his goal and become Villarreal’s record goal scorer in the process.

The game got more settled after that with neither team looking to get too advanced in case they fall behind. Alonso’s shot which struck the side netting was the last action of normal time with a further 30 minutes needed at least to separate the two teams.

Pulisic got the first chance of extra-time, poking a shot past the goal after the ball broke kindly to him following Villarreal’s closing down of Havertz. That was about as good as it got with Tuchel’s team keeping the ball as the Yellow Submarine patiently remained compact.

Nothing to separate us.

Like the first half, Chelsea were on top to start the second as well with Mount’s powerful shot needing a strong hand by Asenjo to clear away. With the game looking increasingly likely to go to penalties, Tuchel brought on Kepa in place of Mendy in an interesting move to try and win the trophy. Chelsea would get first crack at goal in the shootout.

The #SuperCup will be decided by penalties.

Havertz’s miss saw Chelsea fall behind but Kepa’s save from Aissa Mandi brought it to 2-2 from three penalties each. There were no further misses over the remaining four which meant it was onto sudden death. After four more successful penalties, Kepa saved from Raul Albiol to clinch the Blues their first honour of the season.

TALE OF TWO HALVES FOR CHELSEA

Thomas Tuchel’s side were imperious down the wings in the first half. Ziyech and Alonso were regularly getting the beating of Villarreal on either side which invited more and more chances. Alonso in particular was playing high up the pitch with Foyth unable to handle him at times. Their labour finally bore fruit with Ziyech’s goal and they went close to adding a second. However, the next period was very quiet in terms of attacking play.

Two saves in the penalty shootout to win the trophy! 🔵#SuperCup pic.twitter.com/0Loz88lv5p

Villarreal were firmly on top and the Blues were pegged back which led to the leveler scored in beautiful fashion by Gerard Moreno. They did improve after that and the game got more settled with neither team able to find a winner in normal time. The next 30 minutes saw no goals as Tuchel brought on Kepa before the penalty shootout in the most intriguing move of the night so far. That turned out to be a brilliant move with the Spaniard saving from Raul Albiol in sudden death to defeat Villarreal.

YELLOW SUBMARINE NOT TO BE UNDERESTIMATED

Villarreal had trouble dealing with Chelsea’s high intensity for major parts of the first half thereby enjoying little possession. They were well caught out for the opening goal and looked likely to concede further. However, Alberto Moreno’s shot right towards the end of the half brought some life back into them and they duly stepped up in the second half. Emery’s team came out of the blocks firing, with Gerard Moreno hitting the post and a few other good chances coming their way as well.

Gerard Moreno has become Villarreal's top goalscorer in the club's history with 83 goals.

The striker did get his goal after some neat build up play and that was enough to take the game to extra time. Villarreal hardly had possession of the ball during this period with the Yellow Submarine happy to defend Chelsea’s advances to take the game to penalties. They took the shootout to sudden death and unfortunately it was Raul Albiol’s miss which doomed their chance of winning another piece of silverware.

Given that this was the first competitive match for each side, the sharpness in the players were clearly not upto full speed. There were quite a few wayward passes and poor touches which can only be expected. The match was bright in spots, especially when either team went on the front foot which is a clear indication of how better they will get over the coming weeks.