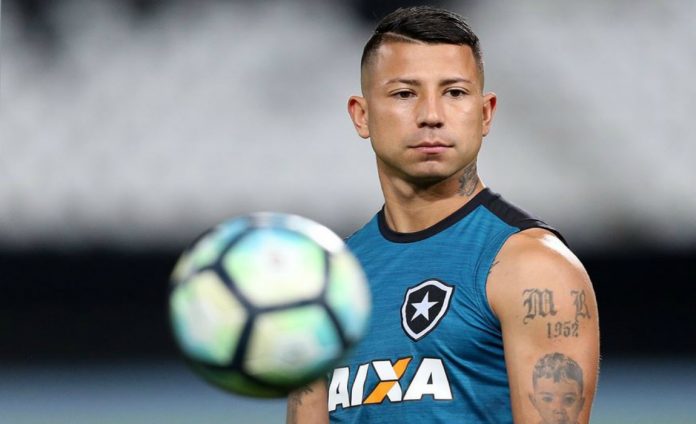 Chile international midfielder Leonardo Valencia is set to make his debut for Botafogo after securing a Brazilian work permit.

The 26-year-old has been training with the Rio de Janeiro club for several weeks but had his permit delayed by bureaucracy, according to media reports.

Botafogo confirmed on Twitter that Valencia was registered to play by the Brazilian Football Confederation on Tuesday.

He has been capped eight times for Chile’s national team, scoring one goal since his international debut last year.

Botafogo, currently seventh in Brazil’s top-flight standings, will play their next match against reigning league champions Palmeiras on Wednesday.