AND THEN THERE WAS ONE 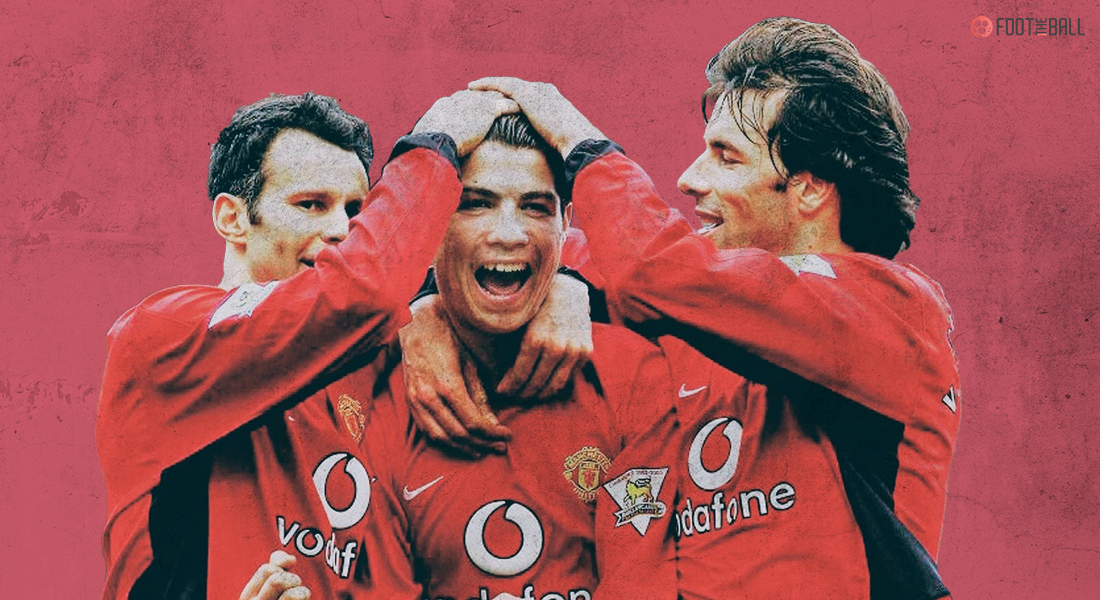 Cristiano Ronaldo will be making his second debut for Manchester United next weekend in the Premier League. And the entire world is waiting with bated breath for the moment to unfold in Manchester during Matchday 4 in England.

As the talk within the footballing landscape turns towards Ronaldo’s first debut for Manchester United more than 18 years ago at Old Trafford, FootTheBall looks at the players who featured alongside the Portuguese on that fateful day in Northwest England as he stepped on the pitch as a substitute to usher in a new era in football.

The American was also making his first appearance for Manchester United in goal that day as the Red Devils won 4-0, Howard recording a clean sheet on his debut for the English club.

Howard then went on to play for Everton in the Premier League after representing United for 3 more seasons in the English top-flight. But, nowadays, the 42-year old plays for USL club Memphis 901 FC in his native United States after having left England.

The Englishman is now the head coach of American club Inter Miami in Major League Soccer in the United States. That fateful evening he featured in defence for Sir Alex Ferguson’s troops, but now he has assumed managerial duties across the pond.

Like Tim Howard, Phil Neville also represented both Manchester United and Everton in the Premier League during his playing career.

The Englishman is currently a football analyst and pundit for BT Sport, after having called it a day in football. He was instrumental in convincing Cristiano Ronaldo to come to the red half of Manchester for the second time.

He also represented the likes of Leeds United, West Ham United and QPR during his playing career in the beautiful game.

The Frenchman played for Manchester United and Arsenal during his time in the Premier League. After calling it a day in football in Europe, he briefly played for Chennaiyin FC in the Indian Super League in 2014.

He was the director of football at Rennes after his retirement  from football, but the French club and the player parted ways by mutual consent in late 2016.

The now 46-year old was the player who was substituted for Cristiano Ronaldo by Sir Alex Ferguson in that game against Bolton Wanderers.

He represented the likes of Newcastle United and Birmingham City apart from the Red Devils in the Premier League and was most recently the head of first-team development at Manchester United.

The Irishman is the joint-most successful Irish football player of all time, having won 19 trophies during his playing days (17 of which came in a Manchester United jersey).

Most recently, he was the assistant manager for Nottingham Forest before he decided to step down in June 2019, and occasionally appears on TV shows for Sky Sports as a football pundit.

The South African featured for the entire game that day in Manchester for Sir Alex Ferguson’s charges in the Premier League as United ran out 4-0 winners.

Nowadays, he is aspiring to become a football manager and has already completed his training with regard to the pro-license course with UEFA.

The veteran player also played the entire 90 minutes in Manchester that day as a young Ronaldo took his first steps as a professional football player in England.

Scholes is considered the Premier League’s best ever player by Thierry Henry and nowadays works as a football pundit and columnist for The Independent and is revered for the passionate and no-nonsense manner of approaching the beautiful game when he analyses it.

Another Manchester United legend who bagged two goals on that day as Sir Alex Ferguson announced the arrival of Ronaldo in the Premier League.

The Welshman spent his entire playing career at Manchester United and today is the manager of the Welsh national football team, a position he assumed in 2018.

Nistelrooy also bagged a goal that evening in the Theatre of Dreams as United started the 2003-04 season on a tremendously encouraging note.

Considered by many to be one of the best forwards of his generation, Nistelrooy is now the manager of the PSV Eindhoven U-19 team and also the assistant manager of the Netherlands national football team.

Solskjaer is most famous for the extra-time win against Bayern Munich in Barcelona during the 1999 UEFA Champions League final and is a United legend in his own right.

That day he was substituted off for Diego Forlan six minutes after Cristiano Ronaldo came on for Nicky Butt in the game.

Today, he is the manager of Manchester United, having followed in the footsteps of Sir Alex Ferguson and will be in the technical area when Ronaldo makes his second debut at Old Trafford.