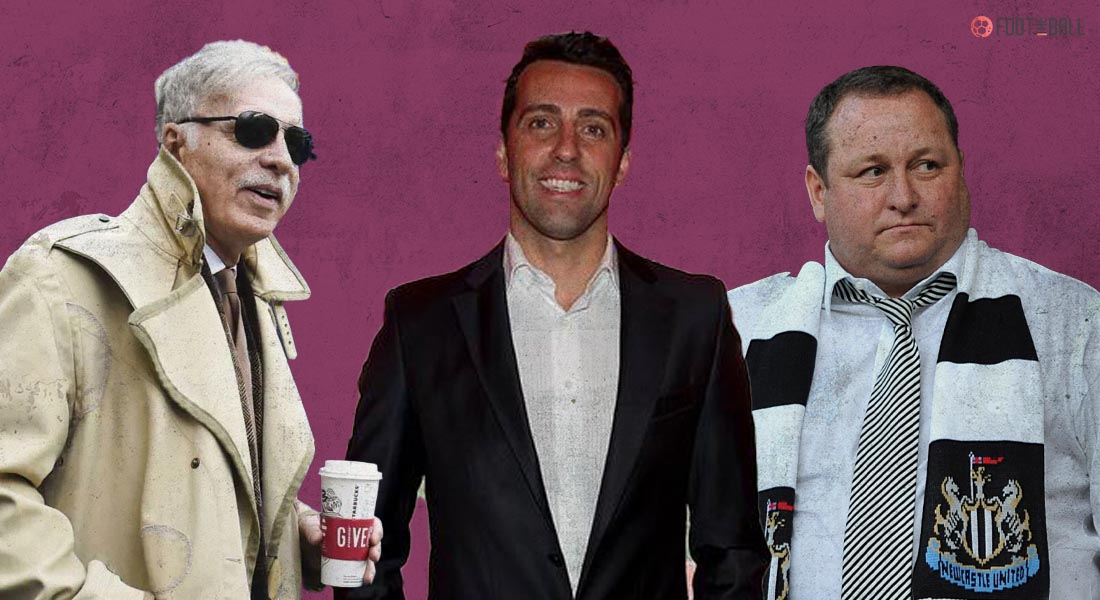 With the transfer window now closed for almost a week, supporters have only intensified their grumbles surrounding some teams’ businesses. That has now forced two Premier League teams to actually come out and explain (or defend) their strategy this summer in recruiting new players.

The signings totalled £150 million, meaning that Premier League clubs have broken the £1 billion barrier for the sixth summer in a row | @martynziegler https://t.co/85hRDNzzX0

Newcastle United, with just one point from three games and already out of the Carabao Cup, were the first to release a statement that talked about how their beleaguered finances only allowed one signing.

£10Trouble with stats is that they can be made to prove anything, especially if published by a comms department. NUFC had a net spend of £10.3m in the accounts covering 2017-2019, which was pre-Covid, so using the pandemic seems a smokescreen. pic.twitter.com/efrXk0g9U9

The Magpies were followed by Arsenal’s Technical Director, Edu, sitting down with Sky Sports in order to discuss the rationale behind their young transfers after the Gunners’ historically bad start.

Does Arteta deserved to be sacked?🤔 pic.twitter.com/Ow9LdSipDh

FootTheBall analyzes why and what was said and unsaid during these two revealing insights from the clubs themselves.

MESSY MIKE AT THE FORE

Newcastle, under Mike Ashley’s tenure, have long been a picture of regression and middling standards. His famous reluctance to spend heavily or the numerous attempts to sell the club have hardly endeared him to supporters.

They have started this season dismally, having already conceded eight goals, two penalties, and thrown away leads in two of their matches.

#NUFC would like to provide supporters with an update in relation to the approach taken to the summer 2021 transfer window.

⚫️ “Steve Bruce was never going to be in an easy position when managing #NUFC.”

💰 “I don’t think Mike Ashley wants to put a penny into Newcaslte, he wants them to become self-sufficient.”

Simon Jordan has his say on the current situation at Newcastle United. 👀 pic.twitter.com/JwGbBrCDgM

Boy wonder Joe Willock is yet to score as Newcastle sit 17th currently. That is why it was more than a little jarring to read some of the languages they used while defending their policy of only one new addition. Nowhere was it mentioned that there had been the owner’s input in terms of money or direction in guiding the team.

If there’s no money to spend, it’s not because of wages or FFP. It’s because #NUFC are choosing not to spend, choosing not to invest. That’s their model, but their squad is weaker than at the end of last season. The gamble is that it will be good enough, to stay where they are.

They spent five paragraphs discussing the Willock deal, why it was so important and how they paid for him. The reason behind this was to allude to the fans how committed they had been to bring back a player who performed marvellously during his loan spell. However, that does not cover the cracks the squad has in other areas.

Their final few lines were spent in addressing how they had finished 12th last season and “in the top six of the form table over the final nine fixtures,” which makes the case for a “strong belief in its current squad.” For starters, if your aim is to finish in this area (they finished 13th in 2019-20), then this approach is perfect.

"Unfortunately, because of the Mike Ashley situation, Newcastle will always have that. I always say to Newcastle fans, if you want the team to stay in the division you’ve got to support the team." #NUFC https://t.co/3VAqMJAn5w

The supporters are certainly in no way satisfied through all of this and this was as shoddy a job of telling the truth as one could do.

The former player has long been a man of the shadows, much like the Kroenke’s themselves when it comes to facing the media. However, given how disastrously the club has begun their new campaign, perhaps he felt the need to come clean now.

Rate it out of 10.👇 pic.twitter.com/eUiuIRSItM

In a lengthy interview, Edu laid bare what all went on behind the scenes and stressed on “time” being needed before judging as they are without regular starters. First things first, his deep relationship with Mikel Arteta was evident given how much Edu brought him up while talking about his decisions.

The main takeaway from the interview are things that may not please Arsenal supporters too much right now. Edu spoke about “building a foundation” as the motivating factor behind all their signings being under 23-years-old, something he repeated many times.

Furthermore, it seemed clear from his interview that he and the club as a whole are not seeing this season as the ultimate “comeback” year. There is a plan of getting better with every campaign, which will require “patience.”

The board wanted to get players who will play in the first-team (Martin Odegaard, Ben White) right now as well as those who will provide cover to the playing XI (Nuno Tavares, Albert Lokonga).

🗣 "At the end of the season me and Mikel spoke to Willian, we said how are you, we need you more consistent, what is happening? He said he was not 100% comfortable."

Arsenal's technical director Edu reveals the reasons behind Willian's signing and departure from the club pic.twitter.com/NfHm803WGW

ON THE DEFENSIVE FOR THE FUTURE

Though there has not been any official reasoning behind why the clubs suddenly did this or what prompted them to act now. But, it is clear that the international break was thought to be the best time in order to address the recent struggles.

So Josh Kroenke turns up to The Arsenal training, to see a team he/family owns and talk to players/management and wears a Rams Jersey.
Really says a lot. pic.twitter.com/3HM9vlrzAI

Two of the clubs who have started poorly felt the need to communicate their position on transfer matters which has been under continued scrutiny for some time. Both the statement and the interview were common regarding two aspects which was the backing of their respective manager and faith in the current players.

#NUFC have been profitable in 7 of the last 8 years, the only exception being the Championship season in 2016/17, amounting to £79m. Since Mike Ashley bought the club in July 2007, Newcastle have had total profits of £27m, as there were £53m losses in his first 3 years. pic.twitter.com/2vpuDmzran

The reasons behind this are pretty obvious on first viewing. These have been among a number of clubs who have had to deal with frustrating owners for years and this looks like the season where the pressure might finally tell.

The fans are incensed, firstly with Newcastle limping into yet another campaign with no clear direction, and secondly with Arsenal not performing to the lofty standards they aspire to. With only three games into the season, it will not be a big surprise if other clubs follow a similar tactic in being more open.