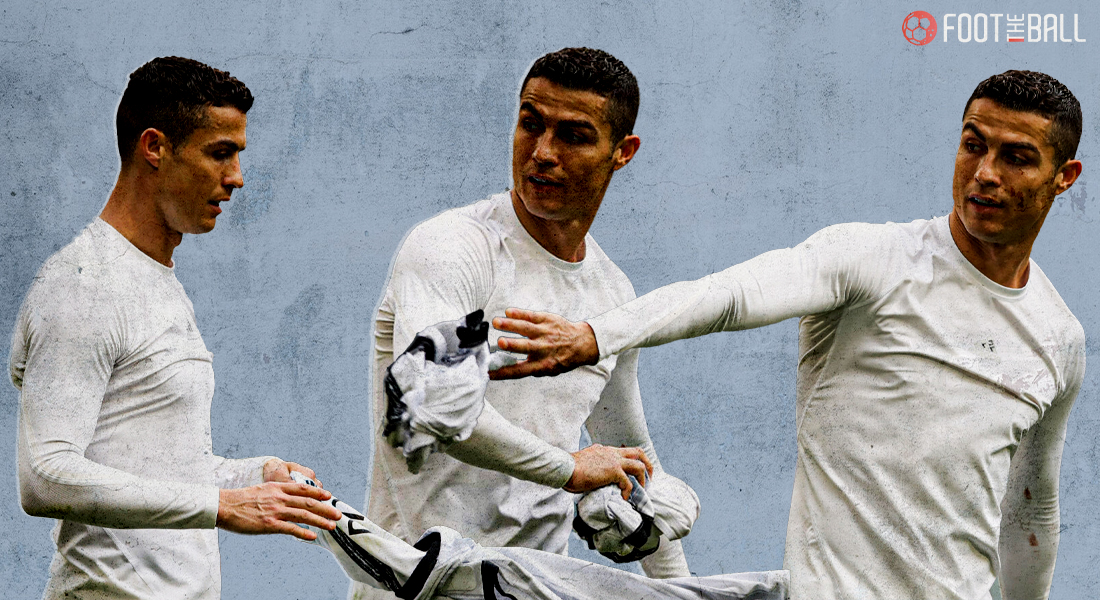 Ronaldo allegedly threw his shirt away in frustration after the win against Genoa in Turin. The 3-1 win that was backed by a splendid performance by the Bianconeri did not feature a goal from the legendary Portuguese forward.

The Captain’s Armband and now his Shirt

A similar act of frustration for Portugal was witnessed when their talisman threw away his Captains armband and stormed the tunnel after a late goal was disallowed in the match against Serbia. The Dutch referee who officiated the World Cup qualifying match later apologized for his error to the National team. The strike from Ronaldo was clear to have bypassed the goal line, yet it was disallowed. The absence of VAR and goal-line technology did not help either. A crucial game for Portugal ended in a stalemate due to an unfair decision.

“I always give and will give everything for my country, that will never change”, he said on Instagram after the match.

Pirlo to the rescue

The antiques that Ronaldo displayed for his national team seemed to have carried onto the match against Genoa when their star man was seen throwing away his shirt. Although many considered this an act of frustration for his incapacity to find the foal, coach Andrea Pirlo saw no fault in the 36-year-olds actions. Pirlo even said that it was normal to see Ronaldo frustrated as he is a top player who always looks to improve and better his records.

“If you always want to improve, it’s normal to be annoyed. There won’t be any fines or anything of the sort. The game was over and it’s normal to be agitated. It can happen to everyone”, were the words of the Juventus coach when asked about the situation.

A gift for the ball boy

‼🗣 Romeo Agresti :
Cristiano Ronaldo didn’t throw any shirt on the ground at the end of the match. A ball boy asked him for his shirt, he took it off and threw it to him. pic.twitter.com/l6YVhVsIae

Later reports suggest that the initial assumptions may not be the case. The Juventus number seven was throwing the shirt as a gift to the ball boy on the field. The footages post-match confirms the situation. Ronaldo was frustrated after the match as the performance displayed was not at par with his usual standards. Missing a clear chance, that deflected off the post to fall kindly for Morata.

Despite not making the scoresheet, Ronaldo did manage to influence the game. He took on more shots than any other player and was threatening the defence with his presence in the attacking third. It can only be said that the former Los Blancos forward does not approve of his performance. Ronaldo was also rumoured to have vented his anger in the dressing room as well, punching a wall several times and returning home after a shower without speaking to anyone.