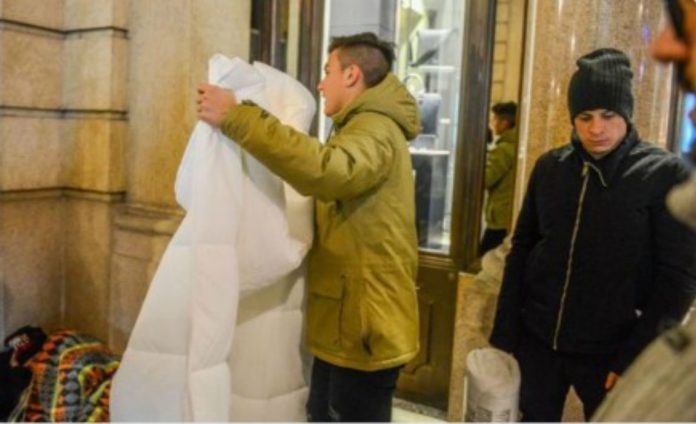 Juventus’ attacking midfielder Paulo Dybala and new Torino man Juan Iturbe forgot their rivalry on Friday night to help the poor and homeless people on the streets of Turin.

They might be Derby della Mole rivals on the footballing pitch, but this time around Dybala and Iturbe were in the same team as they distributed blankets, hot dogs to the homeless people in the icy cold winter on the streets of Torino.

The Argentine pair became part of businessman Luca La Mesa’s movement after he started promoting the initiative on social media and snapped himself buying blankets for the poor and underprivileged and later donating those to the Red Cross. 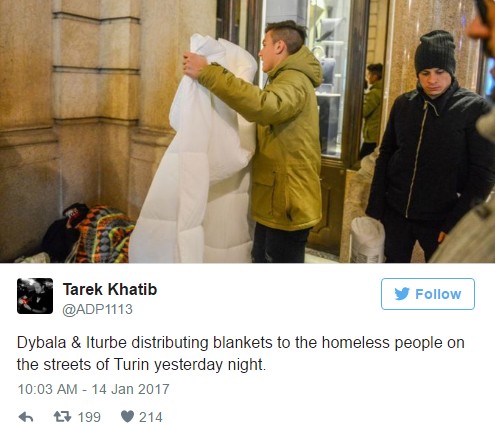 The Community of Sant’Egidio in Turin have helped the homeless for the last ten years and Dybala and Iturbe were out on the streets on Tuesday to help the volunteers of the organisation.