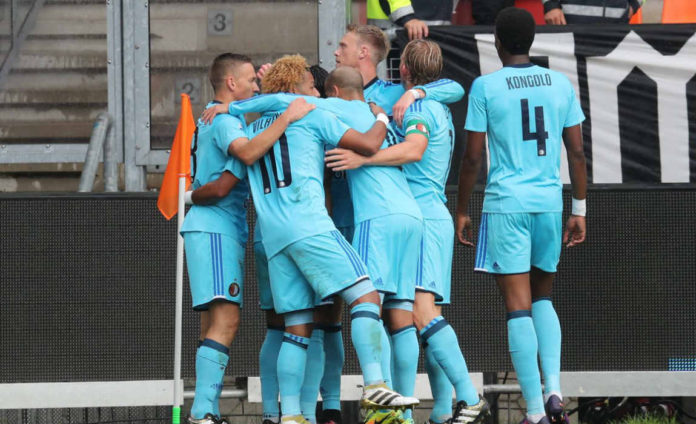 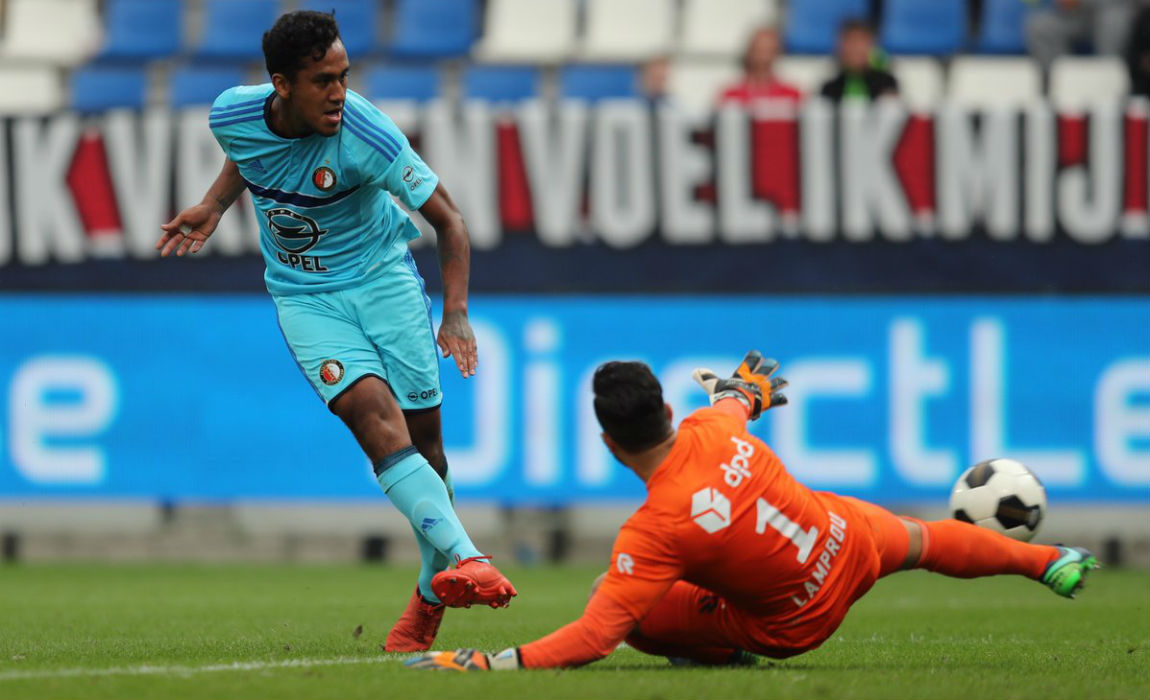 Nicolai Jorgensen opened the scoring with a back heel and substitute Renato Tapia made it 2-0 one quarter from time. Feyenoord recorded their 8th consecutive win since the start of the season.

Also on Sunday Ajax defeated FC Utrecht 3-2 in Amsterdam. After Kevin Conboy headed in the opening goal for Utrecht, an own goal by Ramon Leeuwin, a penalty by Lasse Schone and a shot by Hakim Ziyech earned Ajax the 3-1 lead. Utrecht’ s goal by Mark van der Maarel in the 90th minute came too late to change the result.

On Saturday PSV dropped points at sc Heerenveen (1-1). The reigning champions dominated the match for 70 minutes, but then Arber Zeneli put the home team in front. Due to an own goal by Jerry St. Juste PSV secured only one point. PSV lost Andres Guardado with a hamstring injury.