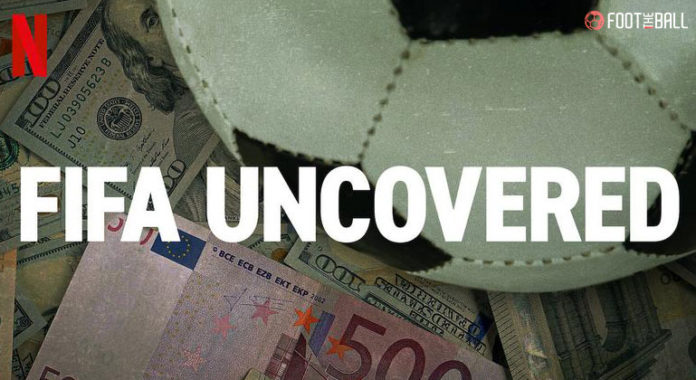 Sepp Blatter’s demise as the president of FIFA gripped the entire world, not just the world of football, with the Swiss man still banned from football for his involvement in fraudulent payments between himself and UEFA boss. Michel Platini was also banned from the sport.

Such an interesting case that played out in the public eye has finally got the Netlfix treatment, with the major streaming service releasing a documentary about the corruption and scandals around the organisation and in particular, Blatter.

The documentary will look at, among other things, the damaging allegations of corruption levelled against the federation. This year’s World Cup in Qatar was marred by controversy as soon as the Middle East country was declared the host nation.

All this is covered in the latest ‘FIFA Uncovered’ documentary and all the revelations from football’s biggest organization.

For decades, FIFA united the globe through football. But behind the game, craftier schemes were at play. This documentary series traces the organisation's legacy, exploring the pageantry, power struggles and politics of hosting the World Cup.

What is FIFA Uncovered?

The payments to Platini came into question following the corruption case of 2015 which saw 14 people indicted in connection to an investigation by the American FBI, with the investigations looking at wire fraud, racketeering and money laundering.

When it came to the plea, 12 people pled guilty, whilst the same can be said for Traffic Sports International and Traffic Sports USA. At the time, seven current FIFA officials were arrested in a hotel bar in Zurich as they were making their way to the vote for the next president of the organisation, it’s unsurprising that this all brought an end to Blatter’s reign.

The much-anticipated documentary will be released on the 9th of November, 2022.

In the documentary, former FIFA President Sepp Blatter admitted that it was a mistake to award this year’s showpiece to Qatar. Blatter has been in the corridors of justice alongside former UEFA boss Michel Platini on corruption charges. The duo were finally cleared of any wrongdoing this year.

Where to watch FIFA Uncovered

For UK and Ireland residents, the documentary will be available to stream on Netflix from November 9 and looks like it will include interviews from Blatter himself which will surely make for fascinating viewing.

Netflix has released the trailer for its upcoming documentary “FIFA Uncovered,” which is set for a November 9 release on the streaming platform.

That date is just 11 days before the kickoff of the 2022 World Cup in Qatar, which will be one of the biggest subjects for the limited series. The trailer promises to explore some of FIFA’s most unseemly moments in the past decade-plus, including a bidding process for the 2018 and 2022 World Cups that has been irrevocably tainted by corruption.

El Clasico is back