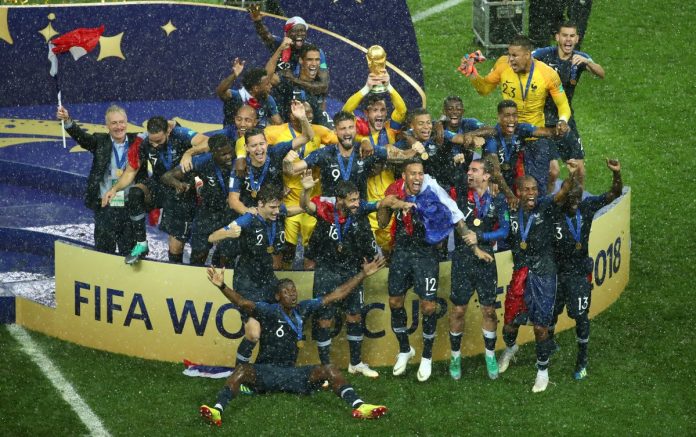 France won the 2018 World Cup after defeating Croatia 4-2 in the final played in the Luzhniki Stadium in Moscow on Sunday thanks to an own goal from Mario Mandzukic, a penalty from Antoine Griezmann and second half strikes from Paul Pogba and Kylian Mbappe, while Ivan Perisic and Mandzukic scored for the Croatians.

Mandzukic was unlucky to flick a free kick from man of the match Griezmann into his own net after 18 minutes, although Perisic’s 29th minute left foot shot gave Croatia hope before Griezmann scored a 38th minute penalty after the referee used the VAR to determine Perisic had committed handball.

France never looked completely in control against a brave Croatia side, but Mbappe was vital for the French on the break, helping set up Pogba for the third goal and then scoring the fourth from outside of the area. Mandzukic’s fortunate goal gave Croatia late hope, but with Samuel Umtiti outstanding in defense France held on for their second World Cup title.

The Man of the Match of this World Cup final was given to Antoine Griezmann.

Here are some interesting and key stats of World Cup 2018 final: