MILAN’S NOT SO FASHIONABLE WINDOW 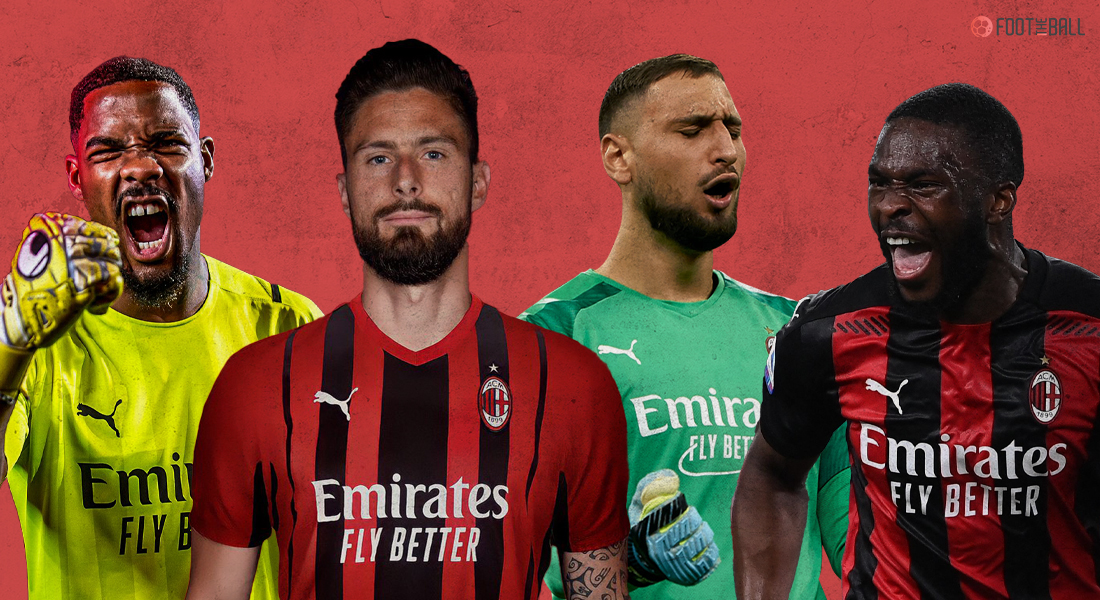 AC Milan have been on the up in the last two seasons. Buoyed by the return of Zlatan Ibrahimovic, the Milan giants have returned to Europe and after seven years reached the Champions League. It looks like the sleeping giants have woken up and are ready to return to their promised land. Milan have been dormant in the transfer window and have only acted when it was absolutely necessary.

Milan have been affected by the pandemic like all the other Serie-A clubs and showed restraint in the transfer window. There have been very few departures from the first team and there were sufficient replacements. But a title-chasing squad needs more options everywhere across the pitch.

Gianluigi Donnarumma is a maverick departure from the side that finished 4th last season. The best player from the Euros decided not to renew his contract with his childhood side and left in search of trophies. Mike Maignan was brought in from Lille to replace him.

I'm Coming for You pic.twitter.com/TVbdELGxZc

Milan have also signed Olivier Giroud from Chelsea in order to lead the line in the absence of Zlatan Ibrahimovic. The Swedish star missed parts of the previous season due to injury and is out of action since April.

The club have also sold fringe players in an effort to raise funds and cut their wage bills. The club have plans for San Siro renovation jointly with Inter and might not spend more in the upcoming transfer windows. We can only expect restricted spending from the club in the near future.

FootTheBall takes an in-depth look at AC Milan and its activity in the transfer window. Can the Rossoneri replace Donnarumma in goal efficiently? Can Stefano Pioli continue their resurgence and lead them to a stunning Scudetto?

Zlatan Ibrahimovic returned to Milan early in 2020 to fulfil his legacy. The flamboyant striker was in sublime form as he scored goals for fun. He also inspired his fellow players to raise their game and attain European football. Zlatan started the previous season like a man on a mission and took Milan to the top of the table. His injury railed them apart as the youngsters Ante Rebic and Rafael Leao lacked direction. They signed Mario Mandzukic in January for his experience and they laboured to a fourth-place finish.

They needed a striker to play up front and guide his fellow strikers. The Frenchman was a fringe player at Chelsea and wanted to be a first-teamer in the latter stages of his career. He was pried away from London for a meagre £2 million. Giroud hit the ground running in Milano with a debut goal. He can be the main man till Zlatan comes back from injury.

In the goal, Donnarumma left a huge void after his move to PSG. Mike Maignan was in superb form for Lille as they stormed to the Ligue 1 title pipping PSG. The French man was deemed as the perfect option in the goal to replace the Italian. They have also Ballo Toure as a backup to left-back Theo Hernandez and Allesandro Florenzi was signed on loan as the right-back.

Further loan signings of youngsters like Pellegrini and Messias were done. Bakayako also returned to San Siro continuing his Chelsea exile. Brahim Diaz was brought back on loan from Real Madrid. Also, the loan deals of the hugely impressive Sandro Tonali and Fikoyo Tomori were made permanent. Yacine Adli, a highly rated youngster was signed from Bordeaux and was immediately loaned back to them.

There have been two key departures from the first team. To Milan’s dismay, they weren’t able to raise a single dime from those departures as they were both free transfers. Their homegrown player and captain Donnarumma’s deal ran out this summer. The Italian eyed a massive wage upgrade on his current one and also a realistic chance to win some silverware. PSG’s resources and pull proved a key factor in deciding his future. A supreme Euro 2020 performance only added to his value and made the PSG move inevitable.

Meanwhile, Hakan Calhanoglu has excelled under Pioli as a trequartista. He was dictating play from the centre of the pitch and created chances wonderfully. He was also a dead ball specialist. The Turkish international too decided not to renew his current deal this summer. To the utter rage of Milan faithful, he left to city rivals and defending champions Inter.

Milan have sold only a handful of players like Jens Peter Hauge and Diego Laxalt to fill their coffers. They also sent youngsters like Colombo and Adli on loan to gain exposure. They were unable to sign Dalot on a permanent deal as Manchester United refused to budge. Mario Mandzukic decided to hang up his boots after half a season in Milan.

Stefano Pioli has a young squad on his hands. In the form of Ibrahimovic and Giroud, he has experienced strikers up top. They replaced Donnarumma well and are confident that Brahim Diaz can replace Calhanoglu’s creativity. The midfield is solid with the ever-improving Franck Kessie and Tonali.

However, the squad depth is a matter of concern for them as a majority of their first-teamers are injury-prone. With Champions League football in mind, they could’ve done with a bigger squad and quality on the bench. Their success depends on the ability to keeping their players fit and rotate them well enough.