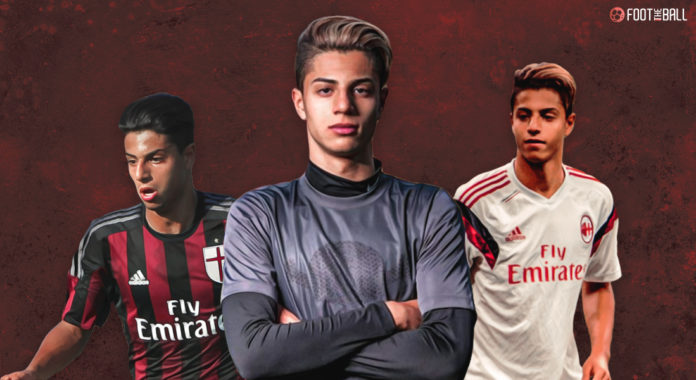 Before Gianluigi Donnaruma there was Hachim Mastour. AC Milan have recovered from the decade-long dark phase by winning the 2021-22 Seria A title. However, in 2015, the club was not the happiest place. The club had massively underperformed in the 2013-14 and 2014-15 Serie A seasons finishing eighth and tenth, respectively. The only positive news was that their club academy produced some brilliant talent. However, while Gianluigi Donnarumma fulfilled his potential to become Italy’s starting goalkeeper and Euro 2020 winner, the other has failed to justify his talent.

Born in Reggio Emilia, Italy, to Moroccan parents, Hachim Mastour came into the limelight in the 2013-14 season. In the last Serie A game of the season against Sassuolo. Coach Clarence Seedorf named him on the bench. He did not make his debut, but there were high hopes for him in the future.,

Six years later, Mastour was a free agent with no clubs willing to sign him. This is a story that has been repeated often in football. A highly talented player marked for greatness fails to live up to the hype like Marko Marin. The player joined Renaissance Club Athletic Zemamra who play in Morocco’s second division on Tuesday (June 28) where he will be hoping he can rebuild his career. So, how did AC Milan’s wunderkind, who once drew parallel to Neymar, go from hero to zero.

What happened to Hachim Mastour?

A dream in Milan

The rise of Hachim Mastour was in itself a unique moment in football. The teenager’s rise in fame was less due to his actual on-field appearances and more to his skills that spread like wildfire on social media. He was one of the first footballers who got everyone’s attention through swanky YoutTube videos, which were a compilation of his skills.

It had such an impact that Red Bull put him in a video where he featured in a freestyle football battle with Neymar. The video was posted four months before Seedorf put him in the AC Milan lineup, showing how popular he had become on social media.

The youngster joined his hometown club AC Reggiana to start his football journey. His first significant moment was with Inter Milan in a youth tournament. As he began to perform well, top Italian clubs expressed their interest.

Ultimately, it was AC Milan who won the race for the youngsters. It was a dream move for any Italian youth player. His skills earned him the called ‘fantasista’, also known as the Trequartista, a term used to describe a creative, technical, advanced playmaker

However, Mastour joined the club when they were going through a financial downturn.

Just in the 2013-14 season, they had three managers in a season. After the season, Seedorf was replaced by Filippo Inzaghi, who was not sure that Mastour was ready for proper first-team football. So, for the 2014-15 season, he played for Milan’s youth team in the Campionato Primavera 2. And a season later, he was sent on loan to Spain.

As Gareth Bale joins MLS, here are the ten biggest stars who moved to the US league

Before his move to Malaga, Mastour had already made his international debut. Despite representing Italy until the under-16s, he declared he would play for Morocco. And he made his debut on June 12, 2015, in an AFCON Qualifying match against Libya.

However, this would be the high point of his career. At Malaga, Mastour struggled to play against in the top Spanish league. As a result, he played only once in La Liga. He needed to be played in a less competitive league.

Even after a disastrous season, Milan had hope and thought a season in a less competitive league will give him the confidence. His next destination was Eredivisie club PEC Zwolle.

“Let’s start a new experience with PEC Zwolle,” Mastour had tweeted when joining the club.

However, even this proved difficult as he only made six appearances.

By this time, Mastour had not even scored a single goal in his senior career.

SPEAKING OF TALENTED YOUNGSTERS, Rennes’ young forward Loum Tchaouna is slowly becoming one of the best forwards in Ligue 1

A Greek tragedy and return to Italy

His next stop was the Greek club PAS Lamia 1964. Again, Mastour would be able to come into the limelight but not for the right reasons. According to media reports, Mastour had gone missing from the club at the start of the winter transfer season.

However, his father would deny the claims. According to him, Mastour had sustained an injury while playing for the club. However, he was still forced to play other matches with the club, even refusing to pay for his medical.

After this episode, his stay at the club was bound to end. And Mastour decided to return to Italy, where it all began for him.

He joined Reggina in 2019. The club were in Serie C then and had renamed themselves Reggina 1914 S.r.l to signal a new start.

They did have a fresh start as the club won promotion to Serie B. However, Mastour’s performance didn’t inspire any confidence. He was still without a goal in his senior career.

After another season, Reggina sent him on loan to Carpi, who were in Serie C. He spent one season at the club, where he would actually get his first professional goal against Sambenedettese. After returning to his parent club Reggina he was not offered a new contract.

So, the wunderkind of AC Milan, the ‘fantasista‘, the YouTube sensation Hachim Mastour spent the 2021-22 season without a club. It was a steep fall from the highs of his early days, and it looks doubtful he will ever fulfil his potential. However, he will be hoping that he atleast gets proper matches at his new club.