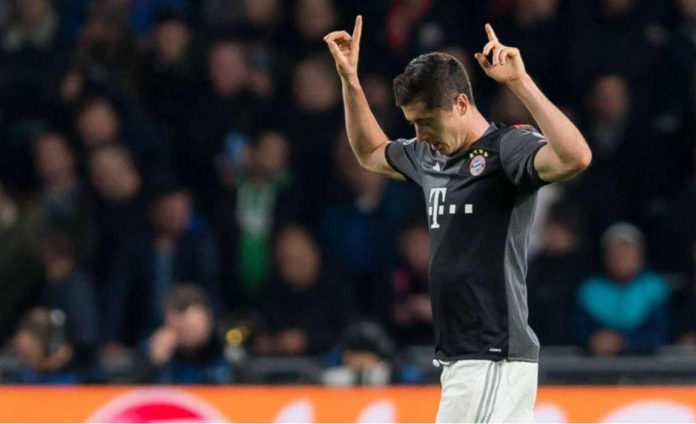 Bayern Munich booked a place in the knockout phase of the Champions League after beating PSV 2-1 in Eindhoven on Tuesday, thanks to two goals by Polish striker Robert Lewandowski.

PSV was lucky to get the lead in the 14th minute. Santiago Arias was offside when he headed in the opening goal after a header by Davy Propper was stopped by Bayern goalkeeper Manuel Neuer. 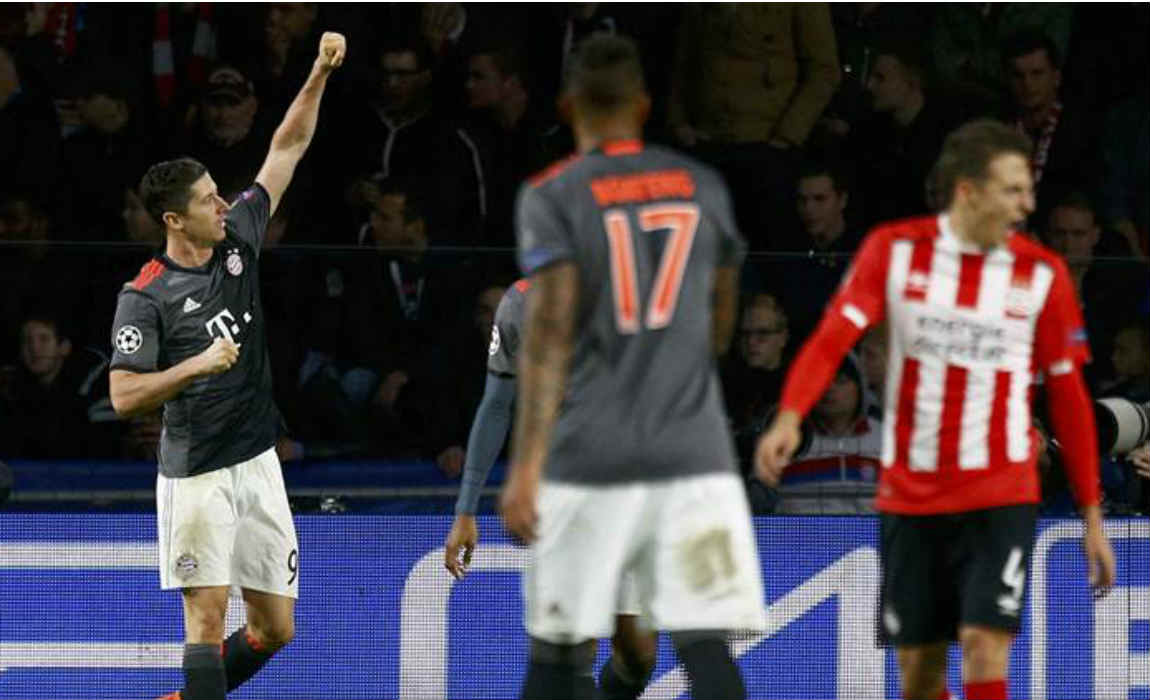 Lewandowski had hit the post and the crossbar with two headers, before Bayern received a penalty from referee Gianluca Rocchi after a handball by Andres Guardado. Lewandowski converted the penalty.

Bayern, with ex PSV player Arjen Robben in the starting line-up, created the most opportunities and also in the second half coach Carlo Ancelotti’ s side kept up the pressure. 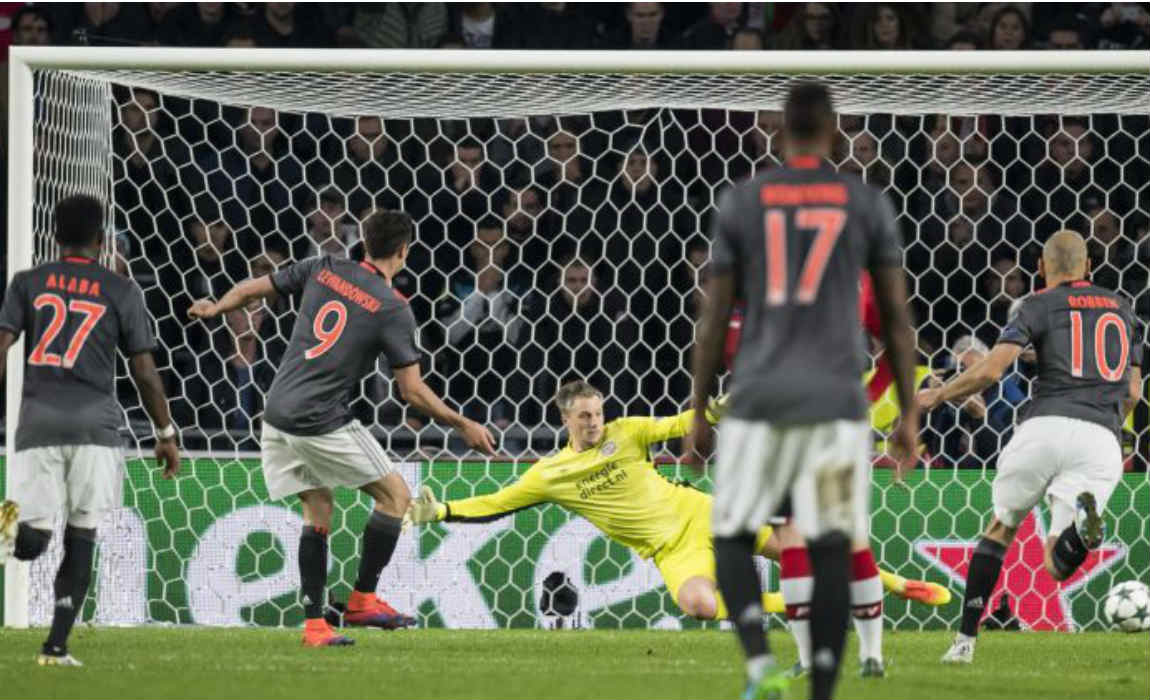 On a cross by David Alaba, Lewandowski tipped in the match winning goal in the 73rd minute. The Polish striker also came close to a third goal after he chipped the ball passed PSV defender Daniel Schwaab and hit the crossbar and the post again.

With Atletico Madrid beating FC Rostov 2-1 in Madrid on Tuesday both Bayern and Atletico secured a berth in the next round. PSV and Rostov have no chance of reaching the next round anymore. 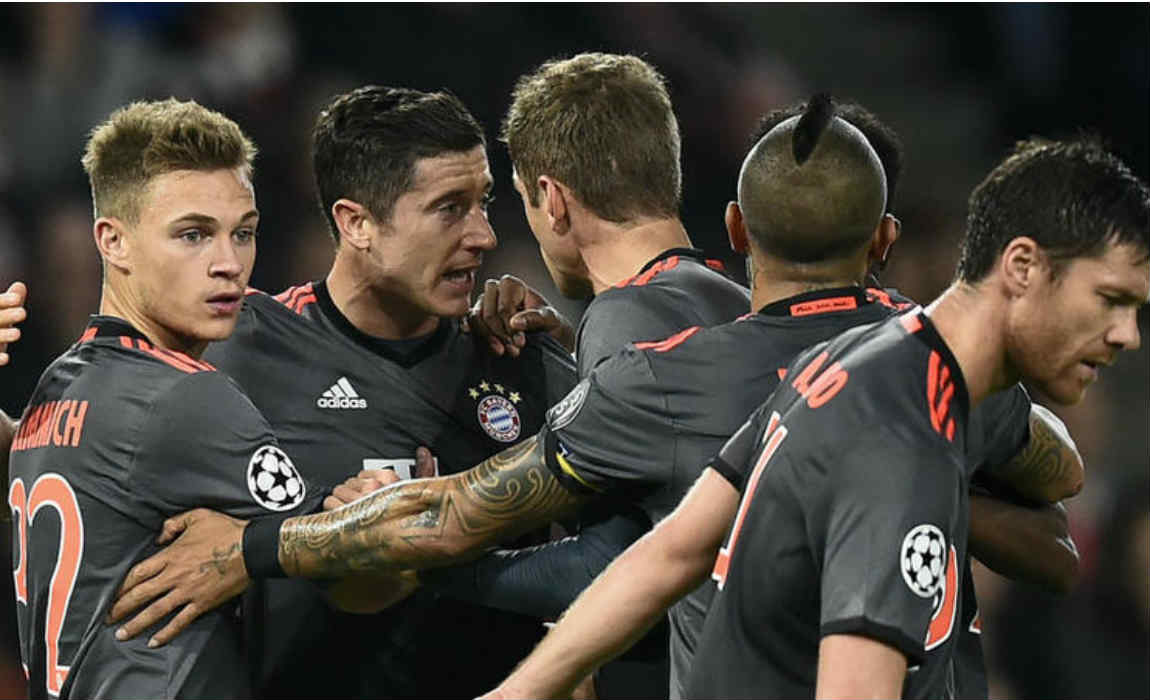 Atletico are on 10 points after 4 matches, Bayern on 9 and both PSV and FC Rostov will battle for one Europa League spot with only 1 point.