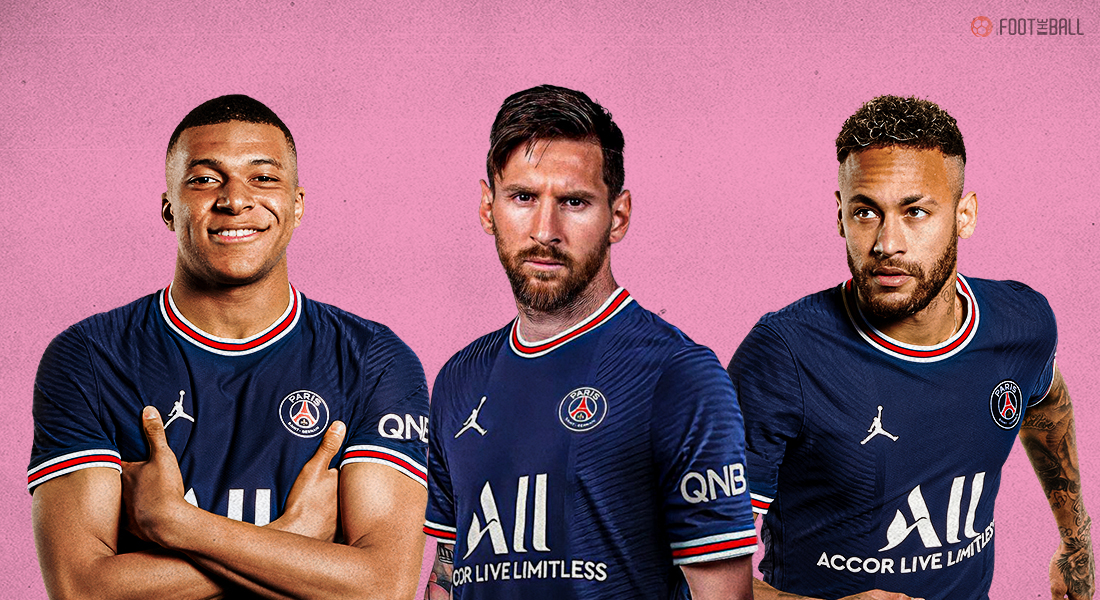 When the new edition of the famous game FIFA comes out, players would be attracted to choose PSG even if they support any other outfit. Mauricio Pochettino and company have done a commendable job this summer adding the perfect players to their star-studded roster. With Argentine striker Lionel Messi being the latest addition it’s crucial to see what role will he be given once he takes the field for PSG and dons the Parisians’ jersey.

Messi’s former team, FC Barcelona were in an immense financial struggle because of the legacy Bartomeu and the company had left before leaving the club. And new president Joan Laporta couldn’t, unfortunately, renew the Argentine’s contract owing to La Liga’s financial rules. And as the teary-eyed Lionel Messi concluded his press conference, a move to PSG looked almost inevitable. With Lionel Messi finally putting pen-to-paper at Parc des Prince, the world questioned what role will Messi have at PSG especially after the attacking quality the Parisians already possess.

From ‘MSN’ to ‘MNM’, Lionel Messi, Neymar Jr, and Kylian Mbappe could partner together to fabricate one of world football’s most destructive partnerships. If Pochettino uses the three players the way Luis Enrique used the ‘MSN’, no defence in the world could stop them from thundering goals week in and week out for the Parisians. If Messi is given the perfect role by PSG, their European silverware drought will surely come to an end.

A few months ago when Neymar was delaying his contract renewal with the Parisians, the world had predicted it could be to reunite with Lionel Messi and Barcelona. The South American kings had formed one of world football’s most formidable attacking partnerships with Luis Suarez completing the world-famous ‘MSN’ trio. Although Messi could operate his magic with Neymar once again, this time it will be the city of Paris witnessing the wizardry.

The second change would be that PSG’s goal-scoring machine Kylian Mbappe could be leading the lines when Messi dons the famous dark blue jersey. Mauricio Pochettino could prefer a 4-3-3 formation with Kylian Mbappe leading the lines and Neymar and Messi operating on either flank. The world is aware of what the two South Americans could do when fielded together, while Mbappe’s goal-scoring ability is undoubtedly one of the best across Europe.

It seems logical not to dramatically alter a PSG attacking trio that has progressed in Europe, and Messi is quite capable of playing on the right flank. Although the 4-3-3 formation could put Argentine winger Angel Di Maria on the bench.

If putting Messi out wide is too much of a sacrifice, Pochettino may attempt to replicate the success that Pep Guardiola possessed by using Messi as a false nine.

With PSG’s attacking stars Kylian Mbappe and Neymar, the Albiceleste legend could play a withdrawn striker role to establish a dynamic front three that, if they work together, could inflict peak Barcelona-style devastation in the penalty area during important matches.

Messi could perfectly fit the role of a false nine and could cause havoc in France. In recent times, Messi has shown that he could drop deep to dictate possession for Barcelona while also being at the right place at the right time. Wijnaldum’s and Paredes’ defensive capabilities will give the Argentine more freedom with Veratti being there in the midfield if Messi is short on options.

As an advanced midfielder who could create a boatload of opportunities while also being the most dangerous goal-scorer across Europe, La Pulga could satisfy PSG’s silverware thirst if Pochettino plays him as a false-nine.

A BACK THREE WITH MESSI AS THE PLAYMAKER

When PSG captured Sergio Ramos’ signature, pundits across the world believed that the Parisians could field a back three. French centre-back Presnel Kimpembe has gone from strength to strength in recent years while Marquinhos is ageing like a fine wine. While the focus is on the club’s attacking trio, the three-man defensive structure isn’t a bad option for Pochettino.

Given Hakimi’s attacking credentials and the abundance of resources that the Parisians now have at centre-back, converting to a defensive trio is not out of the question. Bernat could be seen darting from the left-flank, with Veratti and Wijnadlum sitting behind PSG’s midfield giving them the support and disrupting counter-attacks.

When Barcelona opted for a 3-5-2, Messi and company turned from losers to title challenges within the blink of an eye. While Messi started as a striker alongside Griezmann, he often tracked behind to provide the likes of Pedri and De Jong with options.

There’s no arguing that Messi has evolved into a facilitator in previous seasons, so Pochettino might use the 34-year-old as PSG’s primary creative mind just behind their attacking players. Alongside his staggering goal-tally, the Argentine has ensured that he bags at least 9 assists each summer. Even though the Catalan forwards had shambolic outings, the Argentine was busy creating a string of opportunities for them to pounce on. And now when the attacking quality and flair increase, the assist tally would surely rocket sky high.

ALL-OUT-ATTACK WITH MBAPPE AND MESSI UPFRONT

Formation players would pick on FIFA rather than Mauricio Pochettino picking in real life, a formation when PSG go all guns blazing is what the world expects out of them.

This is an openly rebellious system that Pochettino would be reluctant to use, but one that we’d adore to see when PSG compete in domestic tournaments against the unequal competition in the hopes of massive victories.

If Messi transfers to France, Angel Di Maria is going to be one of the fallen men, so envision a situation in which he teams up with Neymar, Mbappe, and his countrymen in a case of Pochettino totally taking the handbrakes off as PSG run riot over their domestic competition.

This all-out attack formation will surely demolish defence in France and across Europe. If PSG is thrown into a situation where they want to restore a lead in the second-leg or need goals to garnish their goal difference, Pochettino could opt for a line-up where Messi plays alongside Mbappe with Neymar and Di Maria galloping from either wing.