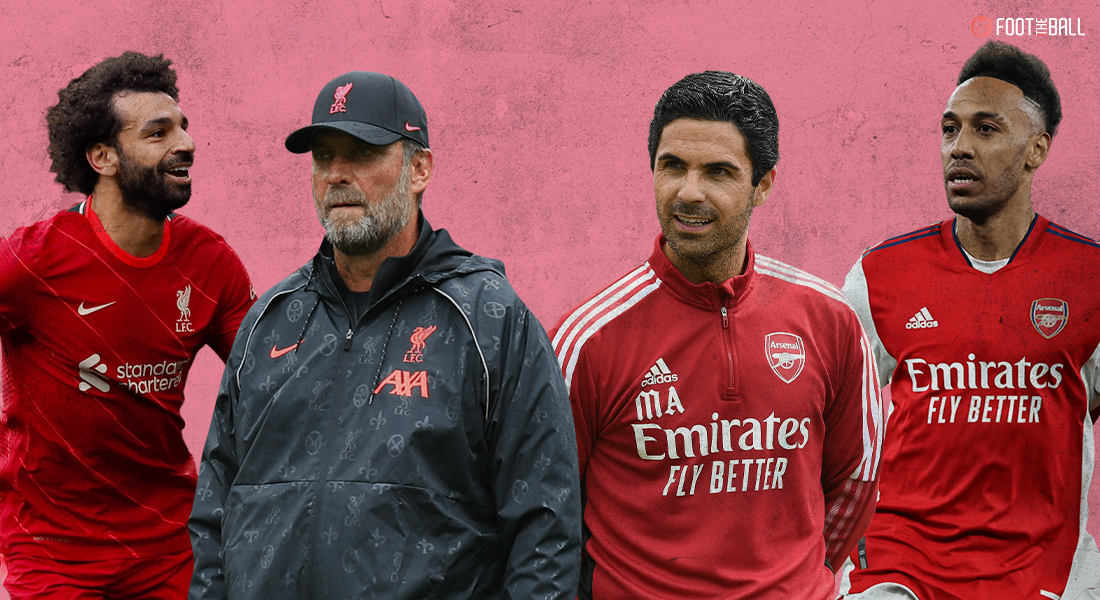 Mikel Arteta’s Arsenal travel to Merseyside on Saturday (November 20) as they take on Liverpool for the fourth spot in the league standings. While both teams are in contention for a top-four finish, their forms are contrasting.

Arsenal’s start to the season was nothing short of horrendous as they lost their opening four games.

A more glaring stat was that they failed to find the back of the net on each of the four occasions.

Mikel Arteta has lost more Premier League home games in 20 months than Wenger did in his last 6 years as Arsenal manager. 😲 pic.twitter.com/FDQI35H8HA

However, Arteta has managed to turn around fortunes at the club with the team on a 10-match unbeaten streak and looking very much like a top tier PL side.

On the other hand, Liverpool have lost some of their steam after taking just eight points in their last five games.

Jurgen Klopp’s men have shown that at their best they can take the opposition to the cleaners with the 5-0 away victories at Watford and Manchester United proof.

However, they have followed it up with underwhelming displays too especially their last two matches against Brighton and West Ham respectively.

Their match against West Ham was a prime example as they were bullied off the ball by the tall and muscular opposition players.

And these two results have shown that teams can exploit Liverpool’s defensive block with right strategies and personnel.

First opportunity I've had the time to do this for a while – I had a look at two set pieces from West Ham vs Liverpool last weekend.

Both are good examples of how simple blocks can make a world of space when executed correctly.

A win for Arsenal will help them pip Liverpool to fourth place while a win for Klopp’s men will ensure they keep close to league leaders Chelsea, Manchester City and West Ham United.

For Jurgen Klopp men it has injuries, injuries and injuries. Earlier reports suggested that the team could be without seven players for the match against Arsenal.

However, Henderson, Mane and Milner took part in training for Liverpool on Tuesday which may alleviate some concern for Klopp.

Meanwhile, the Gunners are set to be without left-back Sead Kolasinac and midfielder Granit Xhaka while Thomas Partey may be a touch and go decision.

If any player can claim to be a game-changer in this match it has got to be Mohammad Salah. The Egyptian has been on fire this season and has already racked up 10 goals, the highest in the league and seven assists again the top in the league.

His pace and brilliant footwork will no doubt be the main cause of concern for the Arsenal backline.

And Salah has not only been scoring goals he is also setting them up. His precise passing and positioning also help. Another trait that makes him dangerous is that he can draw a defender or two with him thus creating space for his teammates to profit.

9 – With five goals and four assists, Mo Salah registered nine @premierleague goal involvements this October; the last player to record more in a single calendar month in the competition was Mo Salah himself in December 2018 (10). Only. pic.twitter.com/jWUa7GTZoV

In addition, Jota and Mane are in fine form and can shoulder the scoring responsibilities with Salah.

Elsewhere, Trent Alexander Arnold is also in fine form and will be a headache for Arsenal on their left side.

On the other hand, Arsenal have started to become a better side and the two men primarily responsible are goalkeeper Aaron Ramsdale and Emile Smith Rowe.

Ramsdale has been in fine form with his peak performance coming at Leicester City.

Meanwhile, Emile Smith Rowe has been on target for the past two matches.

4 – Emile Smith Rowe is only the fourth player to score in three consecutive Premier League appearances when aged 21 or younger for Arsenal, after Nicolas Anelka, José Antonio Reyes and Cesc Fàbregas. Talent. pic.twitter.com/jKcLmLozIy

A month back the result would have heavily tipped in favour of Liverpool. However, the recent form of both teams combined with the injury list at Anfield will ensure that the Gunners have one of the best chances to come away with a draw or win at Anfield.

However, Liverpool are still one of the top teams in Europe and on their day can easily destroy any team at Anfield.

Foottheball predicts a 3-1 win for Liverpool.