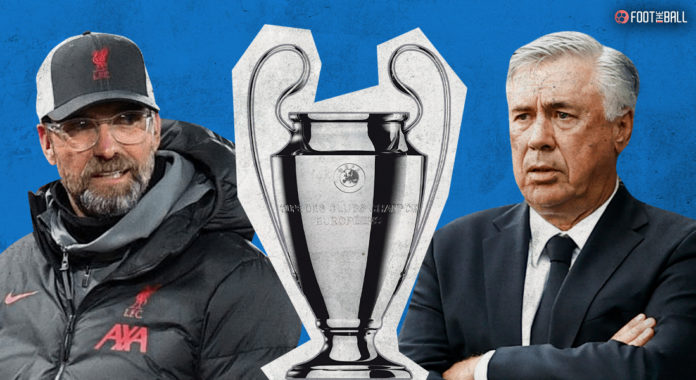 The Champions League final is set up to be an all-time classic. Liverpool will come up against Real Madrid in a rematch of 2018 final. That match is most remembered for Gareth Bale’s wonder goal and Loris Karius’ poor outing. Therefore, there is no doubt as to why this year’s event will not match, or surpass the spectacle of three years back.

The two teams have been in an unrelenting mood this season. Liverpool have already claimed the Carabao Cup, meet Chelsea in the FA Cup final, and are three points behind Manchester City for the league title.

On the other hand, Real Madrid have already won La Liga and have had a campaign of comebacks in Europe. Both teams will not back down in their pursuit of the ultimate glory. Given the fact that this will be the final match of the European league season, millions will be watching worldwide.

The two teams have had wildly different paths to reach this position. Liverpool had comfortable aggregate victories over Benfica and Villarreal. Meanwhile, Real Madrid had to rely on late game heroics in all of their matches.

Karim Benzema has been the star turn for Los Blancos who have seemingly been imperious from losing positions. There are a lot of new faces this time around than in 2018, not least Carlo Ancelotti himself. The former Everton boss will also have a personal itch to defeat his former Merseyside rivals.

FootTheBall brings you everything you need to know regarding the mega event.

When is the Champions League final?

Where is the Champions League final being played?

The final is happening at the Stade de France. The original venue was the St. Petersburg Stadium, Russia. However, the ongoing war in Ukraine has meant the suspension of Russian clubs, players, and the federation. Therefore, Stade de France was called in as the emergency replacement. It can hold 81,000 spectators and has hosted the final on two previous occasions- 2000 (Real Madrid won against Valencia) and 2006 (Barcelona defeated Arsenal).

How many supporters can attend the final?

Though the official capacity is 81,000, all the tickets will not go to fans of the two sides. Each side will get 20,000 apiece. 12,000 will be put up for sale for fans through a lottery mode. Moreover, both teams will have to give 10,000 tickets allocated to each for free to their lifelong supporters. The remaining tickets will be shared amongst UEFA, national associations, other federations, sponsors, and officials.

📣 Clément Turpin will be in charge of the @ChampionsLeague final between @realmadriden and @LFC at the Stade de France.#APorLa14 | #UCL pic.twitter.com/04Iums8Lt5

The tickets that UEFA will put on sale through their website will be allocated through a ballot. There will be four different levels of pricing with the lowest being €70 and the highest being €690. Jurgen Klopp has lambasted the distribution process as being greedy and detrimental to fans’ support. However, UEFA President Aleksandr Ceferin has defended the allocation, stating that most of the revenue from the tournament goes to the teams themselves.

The whole process is convoluted, to say the least, and UEFA has not done its image any favours. The new format has caused quite a stir, given that they seek to award two places on past performances and an increased number of matches. Therefore, UEFA do need some good winds blowing their way.

How to watch the final?

Fans in the UK will be able to watch the match on BT Sport. On TV, it will be available on BT Sport 1 and Ultimate. Viewers can also stream it on the BT Sport app. In the USA, CBS has broadcasting rights for English and Univision for Spanish.

Moreover, for streaming, there is Paramount+. In India, fans can catch all the action on SONY TEN 1, SONY TEN HD, SONY TEN 2 and Voot for streaming. BeIN Sports has the rights in the Middle East.