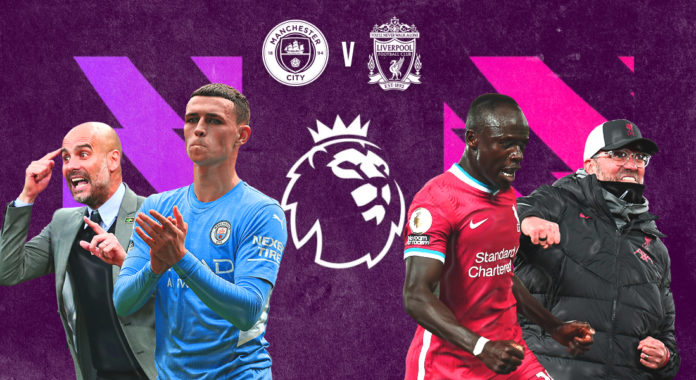 The potential Premier League title race decider is all set to take centre stage. Manchester City host Liverpool with the two sides separated by just one point. Whoever comes out on top will have the advantage for the rest of the season.

The Cityzens are their usual self as always, winning six of their last eight games across all competitions. The last-minute loss to Spurs in February was damaging. So was the draw last month against Crystal Palace.

Pep Guardiola’s side have a stringent defence with only 18 goals allowed so far. However, they will be without one of their centrepieces in Ruben Dias. Phil Foden and Kevin De Bruyne will be two of their brightest hopes in the scoring department.

Bernardo Silva’s goal contributions have dropped a bit in recent times but he remains important. City know that any result other than a win will hand Liverpool the initiative. Guardiola will be desperate to get the three points and widen the gap.

Also read: Why Raphinha can be the next big thing for Liverpool

Liverpool have a juggernaut themselves, winning 10 consecutive league games since the draw at Stamford Bridge. Jurgen Klopp has been relentless in not letting City get off the hook.

The addition of Luis Diaz has helped spark the already superb offence to even newer heights. Diogo Jota has continued scoring important goals while Sadio Mane and Mo Salah remain world-class. Moreover, the levels of Trent Alexander-Arnold have gone up several notches from an attacking perspective.

Klopp has mostly a settled lineup with Thiago also becoming a regular in the lineup. The Reds won a record-breaking title in 2020, and the title race has always been close between these two. Therefore, the recent form of Liverpool sends a message that they will not back down.

City will be missing Dias who is suffering from a hamstring injury. Phil Foden should return to the eleven in place of Raheem Sterling. Kyle Walker will also be back.

Klopp has no injury issues to deal with so will be able to field his strongest team. Alexander-Arnold should be healthy enough to start.

Foden’s assist in the Champions League tie against Atletico Madrid was a thing of beauty. The 21-year-old is a literal gamechanger with his energy, desire and drive to attack at every opportunity.

Foden down the left or through the middle is a scary proposition for any team. He will not be able to match up physically with Liverpool’s centre-backs but his craftiness is strong.

Foden can run with the ball quickly and supply dangerous crosses. Moreover, he can shoot on sight and one of his favourite options is to rifle across the goalkeeper. Given how high up Alexander-Arnold loves playing, Foden will find spaces behind the backline. City have excellent ballplayers who are excellent at finding their players.

Jota has a knack for getting goals and he has shown it excellently in recent times. 14 goals in the league are only second to Mo Salah. Jota’s knack for being in the right place at the right time always works in his favour. His headed ability has been another vital weapon in his arsenal.

Klopp has been favouring Jota over Firmino in a lot of important games and has been handsomely rewarded. Moreover, Jota can play across the frontline and he can facilitate attacks well.

With Diaz and Salah and Thiago being a provider of brilliant passes, Jota can finish expertly when presented with chances. Jota is also great with both feet so City will have to be extremely wary of leaving him free in dangerous areas.

The teams are very evenly matched in almost all departments. How much of a difference Dias’ absence makes will have to be seen. Liverpool will give it their all to overtake Manchester City . Whoever wins can certainly have one hand on the title. FootTheBall predicts a 2-1 win for Liverpool.