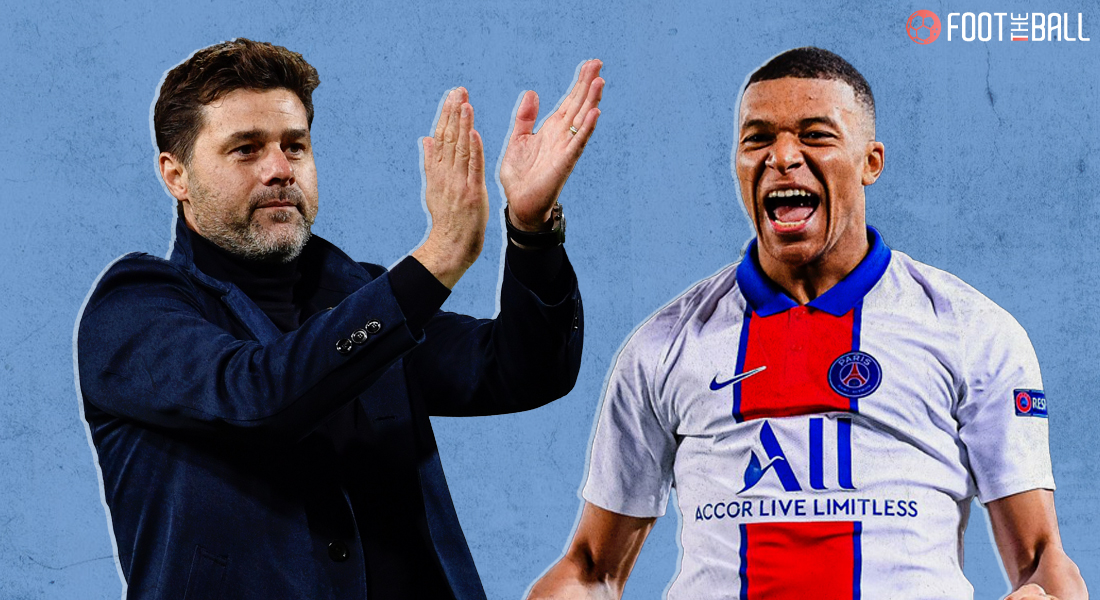 Kylian Mbappe showed his clinical nature and the decisive influence his capabilities can have on a match. Bayern Munich slumped to a 3-2 loss to Paris Saint Germain at home in the first leg of Champions League quarter finals.

Beaten at home. We'll need a big performance in Paris.

The game that commenced  under the snow was a brilliant watch from the get go. Bayern Munich pressed relentlessly. PSG kept getting caught on the ball in midfield but they had a clear game plan too.

Pochettino’s PSG looked to use Neymar’s skill and pace to launch counters with Mbappe always looking to exploit the space behind Munich’s defensive highline.

🔴🔵 Kylian Mbappé becomes the 1st player to score a total of FIVE away goals in the round of 16 & quarter-finals in the same season ⚽️⚽️⚽️⚽️⚽️#UCL pic.twitter.com/4AK2f475qd

Mbappe scored PSG’s first in the 3rd after exploiting space behind Bayern Munich’s highline. Marquinhos scored a second in the 28th minute after beating Bayern Munich’s offside trap from a delivery by Neymar despite all the relentless Munich pressure who were kept out by an excellent Keylor Navas in goal for PSG.

Despite dominating possession Munich looked to half PSG’s advantage as certain tactical changes by Hansi Flick, saw Alphonso Davies come on and Alba slotted into midfield alongside Mueller and Kimmich.

Soon after Bayern’s pressure became even more relentless and finally they were able to Navas, as Eric Choupo-Moting headed in Pavard’s delivery in the 37th minute to take something to build on for the second half.

Bayern Munich made a few more tactical changes at half time as PSG tried to adjust by making a few of their own.

Bayern came out  for the second half looking for blood. They soon did so as Kimmich delivered a peach for Mueller to head in Bayern’s equalizer.

Kimmich was pulling the strings in the midfield now .But Mbappe,Neymar and Di Maria attacked the space behind the Bayern highline well constantly and it paid dividends again as Di Maria played in Mbappe for his second in the 68th minute and PSG’s 3rd. The game ended as Bayern Munich players were getting weary.

Let’s take a look at the five major takeaways from the game between Bayern Munich and PSG:

MBAPPE ON FIRE, NEYMAR THE SPARK

Mbappe constantly exploited the space behind the Bayern defence and Neymar who was dropping deep to launch counters was always looking for the French speedster.

Both of them combined well for the first goal and Neymar’s assist for PSG’s second goal was sublime. Mbappe scored a brace to take his tally to 8 goals in 8 Champions League games this season. The French Superstar is surely on his way to becoming the greatest player in the world and his partnership with Neymar will surely be remembered for ages to come.

Bayern Munich and PSG played each other in last year’s Champions League final, and honestly it was a boring match. The pragmatism of Tuchel made it a dull affair.

But Pochettino’s game plan worked brilliantly as he looked to exploit Bayern Munich’s weaknesses. It was clear what they wanted to do and executed it with ease. Pochettino’s way of utilising his best two players in Neymar and Mbappe was a simple yet well thought out plan.

An obvious observation probably everyone made was that Bayern Munich despite all of their shots, possession and relentless pressure were missing their edge. Their sharpest tool, they were missing Lewandowski!

Robert Lewandowski has suffered sprained ligaments in his right knee. The striker will be out for around four weeks. pic.twitter.com/aK7lPgso3g

Without the Polish striker all of Munich’s half chances were not completely utilized as Navas was able to deal with the shots that did not really possess any major threat.  It was made evident how Lewandowski’s presence as the focal point of this Bayern attack is peerless.

The second leg between Bayern Munich and PSG is  poised for a promising but delicate affair. PSG will be mighty happy though with the goal advantage and the 3 away goals.

We hope the second leg is the same and we get to see both these teams going at each other.