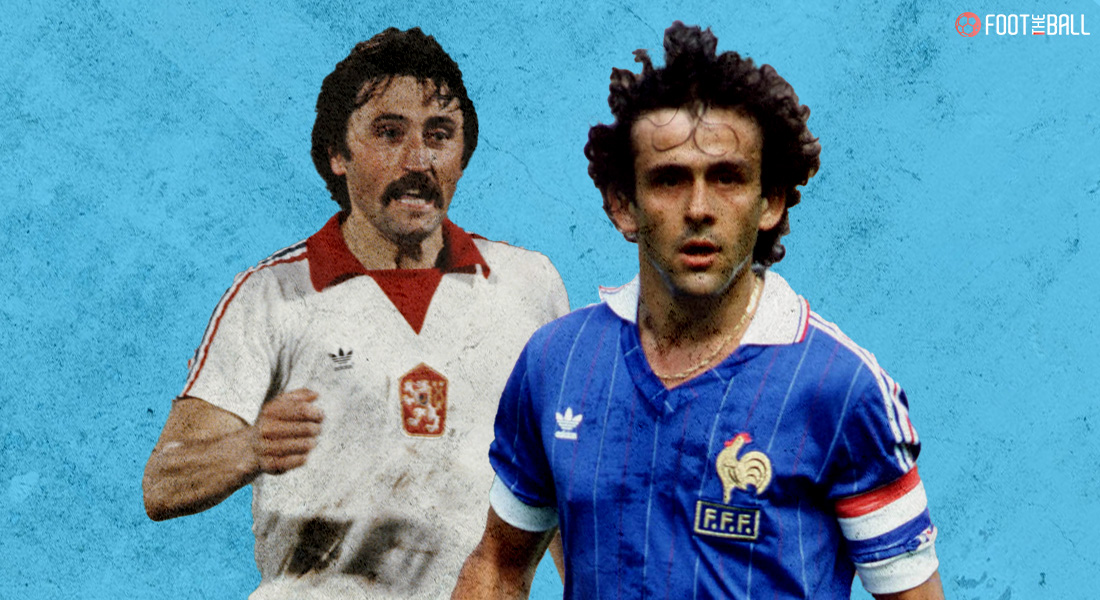 Euro 2020, well had a nice ring to it. But in the words of Ernesto Valverde, “it is what it is” Corona happened and here we are in 2021 with Euro 2020 now as Euro 2021. The gala of football celebrating its 61st anniversary will be held across 12 cities of Europe starting from June 11th at Rome to the grand finale at the Meccah of football Wembley on July 11th.
As we approach the tournament we will take you through the top 20 moments in the history of the European Championships. Be prepared for a walk through the history.

An ode to the first-ever European Championships held in 1960 without which we wouldn’t have been here. The Soviet Union was a really powerful force back then and it truly showed on the pitch as they won the final 2-1 against Yugoslavia and were crowned the kings of Europe for the first time.

Those penalty saves of Casillas from Di Natale and De Rossi in the quarterfinals of the 2008 tournament were truly monumental as they propelled the La Roja to an unprecedented run in international football winning 3 major trophies.

🎙| Iker: “Also the penalties I saved vs Italy in 2008, the one vs De Rossi and Di Natale. If we had lost that day on penalties, other successes that came later wouldn’t have happened.” #rmalive

Well, this is the type of victory that can send shockwaves across the world. Iceland beat England 2-1 in the Ro16 of the 2016 European Championships to dash the hopes of the three lions and have stopped the trophy from going home again.

What’s more the Viking Clap by the Nordic team truly caught everyone’s eye at the tournament.

A remarkable come from behind victory for Wales over Belgium in the Quarters made waves in the 2016 tournament. The dark horses Belgium who had a solid run were ruthlessly dispatched by the Welsh who had gone on to lose to the eventual champions Portugal in the semis.

The current English manager has had his moment to forget in the semis of the ’96 edition as he missed his spot-kick against Germany in the crucial semifinal.
What’s worse was his decision to use it in a pizza advert and get bashed for it.

A team that hasn’t made it to the tournament initially in 1992 and had to depend on a wildcard for entry go all the way and lift the cup beating mighty Germany. Are you kidding me?

That’s what has happened. Denmark did the unthinkable in the 1992 European Championship. A true zero to hero story and one for the bookmakers to forget if you were a Danish and backed your team.

Before Zinedine Zidane made it cool the world knew his co-countryman Manuel Amoros as the “bad boy”. In the opening match of the 1984 European Championships, the French captain had a brain fade moment as headbutted the Danish goalkeeper Jesper Olsen and was sent off.


Les Bleus however won the game and had a legendary run in the tournament as well thanks to Platini.

Well, when you handle and concede a penalty in the all-important semifinal and your side gets knocked out you feel distraught. Abel Xavier of Portugal underwent the same feelings as he handled against France in the semis of 2000 European Championships and protested so hard that he got banned for six months. Handled well by the officials eh?

Nerves of steel are what it takes to do what Antonin Panenka did to give birth to the Panenka penalty. As the final of the 1976 European Championship was all square after extra time at 2-2 and the game went to pens.

Uli Hoeness was the first to miss making it 4-3 to Czech and give Panenka the chance to win it what he did next was history. He had a short runup with a little feint to the left and finally dinked the ball calmly over the keeper to seal the cup. Even today Panenka penalty is one of the best methods to score from 12 yards.

A story of what could’ve been. Mario Balotelli was a sensation in the 2012 edition and after he scored a brace against Germany in the semis he channeled his inner hulk to celebrate, an iconic celebration indeed which inspired thousands of memes.

Is Balotelli’s ‘Hulk’ celebration in #FIFA13? Watch and find out! http://t.co/0SFyGkEM

Sadly Super Mario could not live up to that hype.

In the semifinals of the 1968European Championships, a coin toss was used to determine who would be crowned the kings of Europe after 120 mins of footballing action failed to do so between Italy and the Soviet Union. Italy had a tinge of good luck and went through.

Another rule that didn’t last long but produced historic results was the Golden Goal. For the first time that rule was used in the ‘96edition and Germany’s Oliver Bierhoff scored the world’s first-ever golden goal against Czech to give his side the trophy.

Michael Platini was the standout performer at the ’84 tournament and he came clutch against Portugal in the semis as the game was tied at 2-2 after 120 mins. His goal in the stoppage time sparked wild celebrations in the French camp and broke Portuguese hearts.

Zlatan Ibrahimovic has produced few exquisite moments throughout his career and the one from the 2004 edition stands out. In a game against Italy with his back to goal and the ‘keeper rushing out Zlatan produced a magical backheel volley that looped into the net.

This has to go down as one of the best skill moves by an individual in the history of the sport. Zinedine Zidan “Zizou” against Portugal in the semis of 2000 European Championship was a beast. He was gliding the entire night with his silky footwork and magical touches. One word MAESTRO

🇫🇷 Zinedine Zidane and a legendary performance against Spain at Euro 2000.

Includes a sumptuous 25 yard free kick and getting the better of a certain Pep Guardiola 👀 pic.twitter.com/vEAxqCUTyU

Only a few possess the flamboyance as Paul Gascoigne the GAZZA. At the ’96 edition he scored a lovely goal past Scotland and followed it with an even better celebration with a water bottle and his teammates and sent the English fans into a frenzy.

What a summer that was #euro96 #Gazza #threelions #Wembley

Not even an injury in the 25th minute and an attack of moths when he was being treated on the pitch prevented Cristiano Ronaldo from winning an international trophy.

At the final of the 2016 European Championship after being injured by a horrible challenge from Dimitri Payet, Ronaldo coached his side to victory as Eder scored the winner in the 109th minute against the favorites France to give Ronaldo his first major international trophy.

This has got to be one of the biggest shocks in sporting history. A team as small as Greek came saw and conquered the biggest stage of Europe in 2004.

15 years ago today, our Modern Day Gods united Greeks around the world when they became the #Euro2004 Champions! Happy Anniversary 🇬🇷 pic.twitter.com/Sr62L5icqj

They beat Portugal in their first game of the tournament and waltzed their way through thereafter. In the finals, they beat their old foes Portugal again going on to create history. A lesson definitely for those looking to punch above their weight.

The era starting from the 2008 European Championship to the 2012 European Championship could be called the reign of Spain. Such was their dominance. Winning 3 major international trophies(2010 World cup included) and in the process getting their status as one of the best international teams to ever play is no mean feat. It truly was a legendary team with players such as David Villa, Iker Casillas, Iniesta, Xavi, Pique, Ramos and headed by Luis Aragones and the legendary Vicente del Bosque.

On this day in 2012, we reached the heights of success with the national team once again. Unforgettable memories and we continue to dream…#Euro2012 🇪🇸 https://t.co/6GZu7qWhT9

That sums up our top 20 moments list in the history of the European Championships. Let’s hope that this edition is worth the wait and brings us more memorable moments and we’ll see who lifts the holy grail come July 11th at Wembley.