The G.O.A.T. Debate: Never-Ending Rivalry Between Messi and Ronaldo 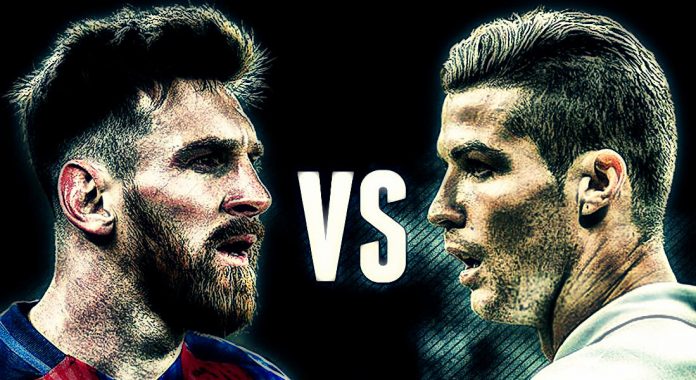 It seems that the fans of Messi and Ronaldo can never come to a definite conclusion about which player is better. Watching them playing on the field, an average football fan could say that they are pretty much equally skilled.

However, if we dig deeper and start paying more attention to the stats, we will see some interesting numbers emerging. This is exactly what Betting Sites did, and they decided to put all of these numbers in a well-organized infographic which you can now see on our website.

One of the things in the infographic that caught our eye are the honors that the two players earned during their rich careers. When it comes to team honors, Messi can boast with 21, whereas Ronaldo managed to earn “only” 15.

Messi also leads in Individual honors with 15 in total, compared to Ronaldo’s 13. Finally, as far as world records go, the situation is pretty much the same — Messi holds 15 world records while Ronaldo is close behind with 13 records.

Since penalties can often determine the outcome of the game and sometimes even the outcome of the whole championship, they should be an important stat. It shows us which player has more mental fortitude. Interestingly, Ronaldo wins this battle. He scored 109 goals and missed 23, whereas Messi scored just 81 and missed 24.

Some other areas where Cristiano Ronaldo leads against Messi is the average headings, average shooting accuracy, and the number of hat-tricks. On the other hand, statistics show that Messi is a better dribbler.

Moreover, it seems that Messi is much more relaxed on the field and cherishes the beauty of the game more. We can see that by considering the fact that Messi has earned just one red card, compared to Ronaldo’s 10. Moreover, Messi earned 53 yellow cards in his career, while Ronaldo got 101.

As you can see, the numbers are pretty mixed. Sometimes they favor one player, other times the other. To come to a definite conclusion, read the rest of the infographic.