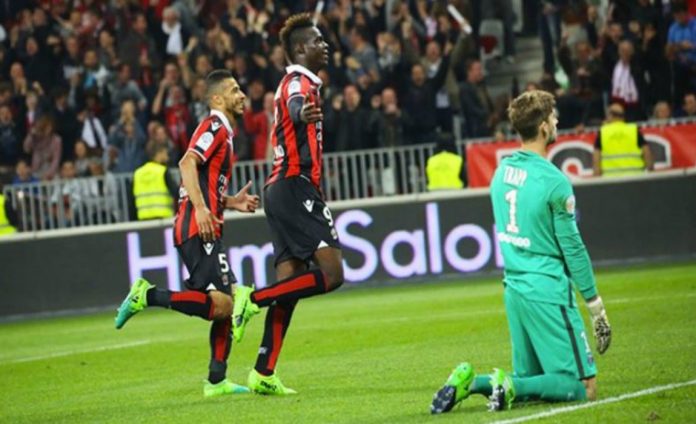 Third-placed Nice won 3-1 at home to move within three points of Paris Saint-Germain in a possibly decisive matchup for the Ligue 1 title here on Sunday. 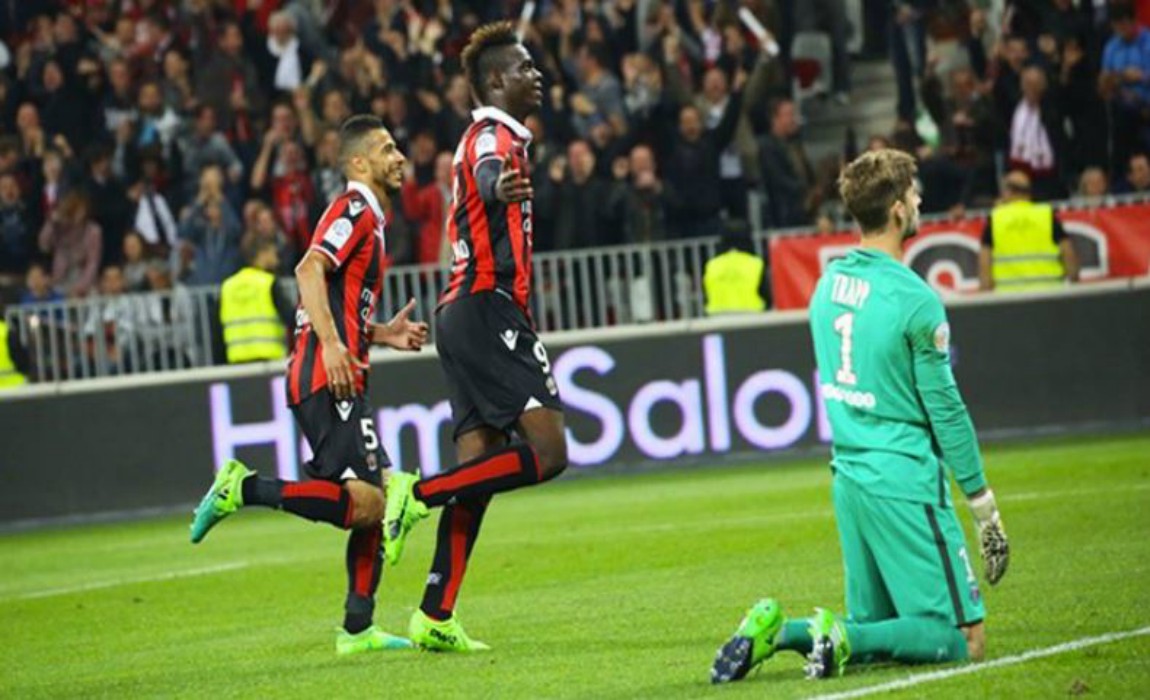 PSG trailed leaders Monaco by three points, and Nice were down six points  before the clash at the Allianz Riviera Stadium.

The visitors could not convert their 60%-plus possession in the first half to break the deadlock, only to see Edinson Cavani’s 17th-minute header intercepted by Jean Seri in front of the line.

Mario Balotelli, who has struggled with his form recently, got Nice up on 26 minutes, as he latched on to Ricardo Pereira’s pass and his high level left-footed shot beat PSG goalkeeper Kevin Trapp, notching his 14th league goal of the season.

Nice went on for another goal shortly after the restart, when Pereira cut inside the box to curl home in the 46th minute.

Cavani, PSG’s top scorer who was restrained by Nice’s defenders throughout the game, was almost involved in a clash with Balotelli.

PSG center back Marquinhos then pulled one back with a powerful header from a corner kick in the 64th minute.

PSG were reduced to 10 men due to Thiago Motta’s red card late in the game, and were handed another blow by substitute Anastasios Donis, who scored a header from a right-flank cross.

The defending champions had to go with nine players after Angel Di Maria was also shown a direct red card for a hard foul before the final whistle.

“The coach told us defenders to stay calm and concentrated in stress, and not to follow the opponents’ rhythm. That was the key for our win tonight,” said Nice defender Dante.

“The win gave us more confidence. Three more games to go, we will try to get every point as we can,” he added.

“We had a tough win in this match. My philosophy is always to take the game one by one. After a brief celebration, we will prepare for our next game against Marseille,” commented Nice manager Lucien Favre.

After Sunday’s duel, PSG remain three points adrift Monaco, who have a game in hand on second place. Nice could expect a UEFA Champions League group phase spot next season with three points down from PSG.

Elsewhere, Florian Thauvin’s hat-trick earned Marseille a 5-1 road victory over Caen, moving just one point short of fifth-ranked Bordeaux, who were held to a goalless draw by releagtion-threatened Dijon.