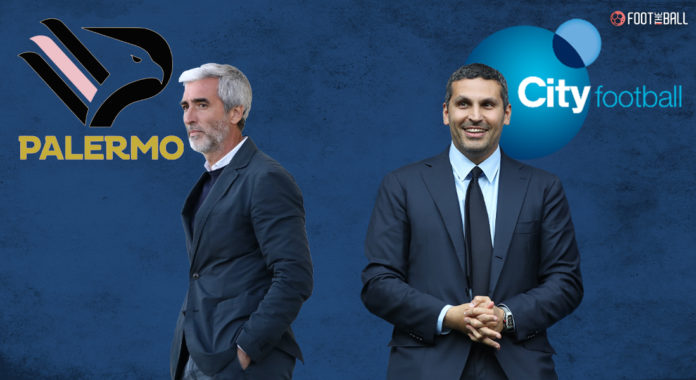 The good times are a-rolling in Palermo and its football club. Just days after being promoted to Serie B, Palermo FC have new owners now. City Football Group (CFG), the holding group behind Manchester City, have completed the takeover of the club.

CFG also have controlling stakes in New York City FC, Girona FC, and Troyes, among others.

For Palermo, it marks an incredible turn in fortune from the lows of 2019. CFG have purchased their first club in Italy, and show no signs of slowing down. This deal between Palermo and City Football Group could be extremely beneficial for both parties.

Few clubs have had to suffer the fate that befell Palermo in 2019. FIGC, the governing body of football in Italy, demoted Le Aguile to last place in Serie B.

This came after the FIGC discovered financial irregularities in how the club was being run. Palermo appealed the ruling and were successful, meaning their punishment was changed to a reduction of 20 points.

While Palermo are flourishing, Italy will miss a second consecutive FIFA World Cup. Here’s how Italy lined up the last time they played at a World Cup

That was still fine, but worse was to come. While prepping for the 2019-20 season, Palermo were found to have no valid insurance policy. This was a big no-no in Italy, and the FIGC promptly excluded Palermo from all professional football.

A phoenix club was formed in July 2019, that would take part in Serie D. However, it would only be in 2020 that the club were formally renamed Palermo FC.

They earned promotion to the Serie C in their first campaign, before going up to to Serie B through the playoffs in 2021-22. Therefore, it is certainly the time to celebrate, and more good news is already on the way.

City Football Group is one of the richest holding companies in sport, having a net worth of more than £1,530 million. They are majorly owned by Abu Dhabi United Group (78%), with Khaldoon Al Mubarak as chairman. Therefore, the impending ownership change is cause for great news at Palermo FC.

Erling Haaland is now a Manchester City player. Here is how he will fit in with Pep Guardiola and the club

The deal between City Football Group and Palermo is valued at around €10-12m. Current owner Hera Hora S.r.l. and its chairman Dario Mirri had previously commented positively on the outcome of the deal.

This ownership change will be music for the fans as they seek a return to Serie A. CFG has become a global powerhouse in football through its farm clubs. They have won a combined a 17 league title in the top-two divisions of men’s and women’s professional football.

Which team will repeat in 2022? 🔥 pic.twitter.com/Wa5jzKjxz5

The acumen of progress and winning is certainly there. Moreover, Palermo will now have access to substantial financial resources and scouting networks. There is a heavy line of production and loaning system present across all the clubs under CFG.

Therefore, Palermo will aim to strengthen their squad in the offseason as they prepare for life in Serie B. The ambitions of both parties match up well and a return to the top-flight is on the horizon.

The market in Italy

In the last few years, there have a spike in Italian clubs being purchased by American and English owners. Genoa were purchased by 777 Capital, while Venezia have former New York Stock exchange head Duncan Niederauer as chairman. City Football Group have made it a habit of turning clubs which are down on their luck into fighters.

New York City FC won the MLS Cup in 2021, just nine years after their founding. The same has been the case with Troyes and Yokohama F. Marinos, with silverware coming on the heels of CFG.

Therefore, it is no surprise that Palermo and City Football Group are excited about this deal. The former has great potential while the latter has the resources. A hungry club with right guidance and financial backing will do wonders for the portfolio of CFG.