Pogba To Snub Manchester United? Dad Claims Move To Real Madrid Will be ‘Interesting’, As Reds Near Mkhitaryan Deal After Zlatan

Jose Mourinho is all business ever since taking over charge at Manchester United, as the Portuguese coach has been working vigorously on new deals to complete an overhaul at his new club.

Mourinho and Ibrahimovic: together again.

And just a day after securing the services of one of the worlds best player, Manchester United are looking the favorites to acquire the services of another world-class talent.

United have been made favorites to sign Juventus superstar Paul Pogba after the club made a bid in excess of £80 million.

Earlier it was reported that Real Madrid had reached a deal to sign the midfielder but their bid of £60 million did not go down well with Juventus’s hierarchy as the fell through, United’s crosstown rivals Manchester City were also very interested to secure the services of the 24 year old but they were also left empty-handed by Juve’s firm stance of not letting the player for anything under £80 million.

Reports also suggest that United are prepared to pay significantly more than their initial mammoth bid, leaving the club with a ‘clear run’ at signing Pogba.

Manchester United’s Chief executive Ed Woodward could land in Turin as early as next week to make final talks with Juve executives. 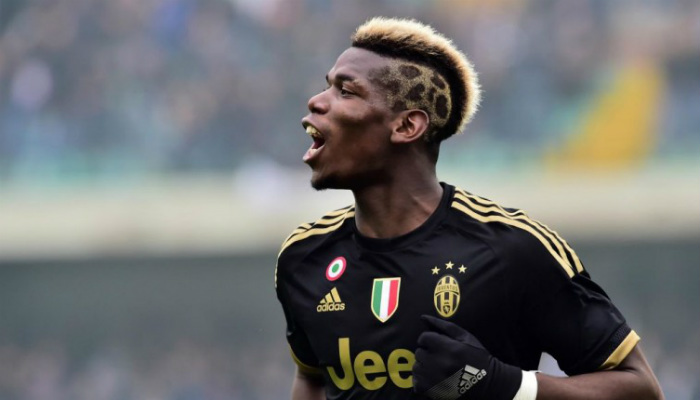 Though Pogba is said to ‘happy’ staying at Juventus and it was also reported that the play-maker preferred a move to Real Madrid over United but given the mammoth bid, Pogba might just have a last minute ‘change of heart’.

Though Pogba’s arrival will mean dooms-day for a number of current first-team players at United.

United are also pursuing Borussia Dortmund’s Henrikh Mkhitaryan, and it is reported that Mourinho has finally managed to break BVB’s resistance as a deal worth £26 million is reported to have been agreed.

Dortmund had set an asking price of £40 million for the midfielder, but United’s persistence finally seems to be paying off.

If Jose Mourinho does succeed in signing the two majestic midfielder’s, it will send their Premier League rivals in a panic mode.