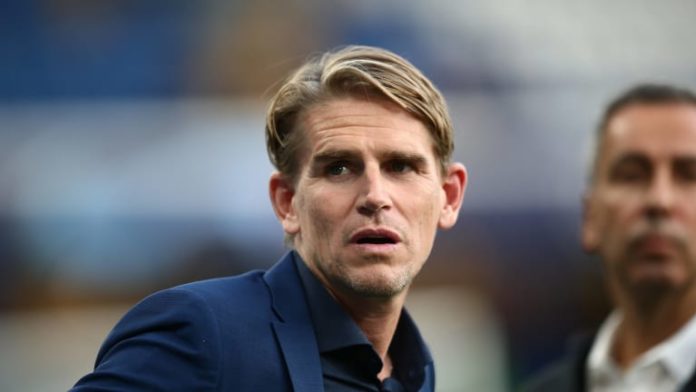 After a much disappointing start to the 2022/23 Premier League campaign and the sacking of Champions League-winning head coach Thomas Tuchel, Chelsea appointed Graham Potter to bring The Blues back to winning ways. With Potter still not getting his break as the new Chelsea manager in the Premier League, he has settled in quickly and has managed to act appropriately. Graham Potter is a brilliant manager and seems very clear with who he wants at the club alongside him. Things are moving seamlessly in the back rooms at the club since his arrival.

He brought in a wave at Brighton, with consistency and all departments working as they should. This included an extraordinary backroom staff, responsible for scouting and making reports on up-and-coming young talents.

Chelsea have spent the most money than any other team in entire Europe this season, signing Fofana, Sterling, Koulibaly and Cucurella. But, they do require a proper functioning system to bring in talents who may prove essential in the future. To achieve this, Chelsea have appointed Christoph Freund from Red Bull Salzburg as their new sporting director to support Graham Potter. Let’s take a look at who Christoph Freund is, his career and what he can offer to this Chelsea team.

📊 More than €500m profit with player trading with RB Salzburg;

🤝 Meeting with Boehly for Šesko: how it started…

Who is Christoph Freund?

Christoph Freund is a former footballer who currently works as a sporting director for Red Bull Salzburg. He was responsible for unearthing Erling Haaland after spotting him in action as a teenager for Molde. Chelsea were said to be on the lookout for a new director for a long time to lead the club’s transfer strategy following the appointment of Graham Potter as their new manager last week. This week, they identified their long-term target and brought in Freund.

He started his career at FC Pinzgau Saalfelden in 1989 before joining SV Austria Salzburg. He finally ended up at RB Salzburg, where he retired in 2013. Freund’s seven-year stint at Salzburg was highlighted by his knack for discovering talented players throughout his seven-year spell at Salzburg. Chelsea’s owner Todd Boehly is a big fan of the Salzburg model. The Blues are said to have admired Freud’s work from a distance for some time. They entered negotiations with Salzburg over the possibility of bringing him to Stamford Bridge soon as the opportunity arrived.

Chelsea are in advanced talks with RB Salzburg's sporting director Christoph Freund. Todd Boehly is a big fan of the Red Bull model. He's currently ahead of AS Monaco's Paul Mitchell, who really wants the job too. [@JacobsBen]#TheGoalpostNews #Chelsea #CFC #ChelseaFC #Salzburg pic.twitter.com/78BN3A8yqe

One of Christoph Freund’s best attributes is him identifying the right players for the manager’s playstyle. He has overseen the development of many players from the very beginning to become superstars. The likes of Naby Keita, Erling Haaland, Sadio Mane and Adeyemi are just a few to have come from the famous RB line.

Noah Okafor is the name on everyone’s lips in Austria, where he is now beginning to showcase his star quality after netting 23 times in 58 outings for Salzburg. At just 22, the forward – who can play as both a striker and winger – has already received international recognition with Switzerland after winning eight caps.

Nicolas Seiwald is already making waves in Austria having previously flourished with Salzburg’s feeder side Liefering. The 21-year-old is Salzburg’s joint most-valuable player at £18m.

Luka Sucic is another midfielder that looks like the real deal. Sucic has already won three caps for Croatia at the international level and given the quality their national side possesses in the midfield. The 6ft 1′ starlet has goals in him too having already scored nine times in 49 competitive outings for Salzburg.

THE REST IS HISTORY !!! 🤯
1/8 final we are coming 🌟 @RedBullSalzburg pic.twitter.com/K3aeOXhz9T

What’s next with Christoph Freund at Chelsea?

Every successful club needs to have a proper functioning structure off the pitch. Chelsea appointing someone like Christoph Freund as Sporting Director is massive. Freund can collaborate with Potter to map out a long-term vision for the club and target players accordingly. They need to be quick, yet composed and efficient, something which someone like Freund can bring to the table.

Potter is very invested in statistics and details. He assesses every player for their strengths and weaknesses, and someone like Freund can find the right player based on his assessments.   This is why Potter and Freund can be a match made in heaven, one deals with performances on the pitch while the other deals with business or scouting off it. This is a positive new beginning and it may bring something the club has been searching for a long time.