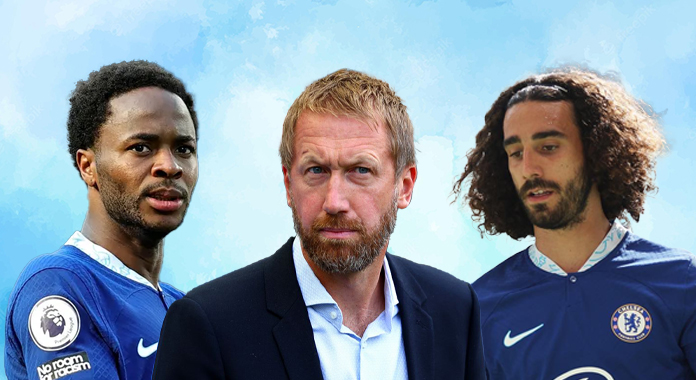 New Owners, new board, but the same old strategy of sacking managers. After Chelsea’s abrupt sacking of manager Thomas Tuchel, the football world didn’t know how to react. He recently won the greatest title in club football with the club, the UEFA Champions League. Tuchel brought a brand new ideology with him to the club. A fresh new system of three at-the-back in a 3-4-2-1 set-up where he utilised the wing-backs and the wingers to supply to a single striker, while, defending through the centre with two holding midfielders and three central defenders.

He brought in hope and excitement. Being a coach with very high standards, he gave the fans some entertaining football to watch. He led a Chelsea side which was easy to counter and one which wasn’t getting the most out of its players, to Champion League glory. People could see Chelsea challenge for the title and their expectations sky-rocketed to something people should expect from an elite club like Chelsea. The fans had their club back.

Earlier this year, Todd Boehly became Chelsea’s new owner, succeeding Roman Abramovich. Boehly wasted no time to establish that he means business and backed the manager. He understood what the team was and what it was lacking. This summer transfer window, Chelsea spent more money than any other club in Europe and brought many big additions to their roster. The signings of Raheem Sterling, Kalidou Koulibaly, Marc Cucurella, Wesley Fofana and Pierre-Emerick Aubameyang joined the club this season.

He is the most expensive defender in Chelsea’s history. How good a fit is Wesley Fofana for the Blues?

Chelsea lost 1-0 to Dinamo Zagreb in the Champions League. After a disappointing start to the new Premier League campaign, the players not playing well and the manager not being able to do much to change it, Thomas Tuchel was sacked. It seemed like an odd decision, for his record at The Blues is very impressive. However, since the end of last season, this Chelsea team has lacked spirit.

Tuchel kept 31 clean sheets in his first 50 games, but managed just 18 in his next 50. The decision to sack a manager with over 60 wins in his first 100 games sounds a lot worse when we see the sacking is very early in the season when it could have easily been turned around. The board backed the manager and delivered a number of players who the manager knew suited his playstyle. Chelsea had to look elsewhere to appoint a new coach and the new summer signings can very well seem useless if the new manager decides to not play them. They had to be very careful with who they appointed.

100 – Thomas Tuchel took charge of exactly 100 games during his time as Chelsea boss; in his first 50 the Blues kept 31 clean sheets, but his second 50 saw them keep just 18. Diminished. pic.twitter.com/8CfvZBh7pu

The Chelsea board saw Brighton’s Graham Potter as an immediate replacement. Brighton have done exceptionally well this season and have never had a better start. It is a fair assessment that Graham Potter is the one who can change it around at Chelsea. He is one of this generation’s best English managers. Brighton gave the green light to Chelsea to advance talks requiring adequate compensation. Just like that, within just a day, Chelsea have appointed Graham Potter as their new head coach. A look at five things regarding what Graham Potter should do as he arrives and settles at the club.

1. Implement his own playstyle

Graham Potter is one of the most exciting and brightest managers in the Premier League. He should not feel the pressure to fill Thomas Tuchel’s shoes and show authority by implementing his own playstyle. Potter has one of the best win rate percentages in the league and heavily relies on intense runners. He wants one thing and that is fluidity. He has usually built his team around powerhouses, not necessarily superstar players, but very good players.

Brighton under him have just gone on to show that you don’t need to spend millions of dollars on elite players, but you have to be smart in the transfer market. He is very content with using players available to him. Brighton were fantastic last season and have, so far, overachieved this season and all credit goes to former manager Potter. The Seagulls hired Potter in 2019. He had a lot of confidence in his management and it paid off. The way he turned this team around, his style of play and clever transfer strategies is all hard work and his genius.

His team’s build-ups are very entertaining to watch, as sets his troops to transition from a fluid 3-4-3 or 3-5-2 formation in attack to a 5-2-3 formation when they don’t have the ball. He plays the possession game and likes to build up attacks from the back. He likes to employ smart players. He has a system but it isn’t rigid at all. He gives his players room to play however they feel like it. He is a statistics enthusiast.

Being a true perfectionist, he looks at every little detail and points them out to his players. One of his main motives is to improve his player’s decision-making process which helps them play smart during the match. He doesn’t want his players to be clueless or read the game poorly. He likes his players to be active, collectively smarter and perform cohesively as a unit. He is definitely one of the best managers Chelsea could have appointed.

How much has Brighton's style of play changed since Graham Potter took over as manager?

Here's their playing style in the Premier League across the four seasons between 2018-19 & 2021-22 – the last season with Chris Hughton in charge, and the three since with Potter as boss. pic.twitter.com/WwIrXrQloy

2. Identify the right players for his system

Graham Potter is a very adaptable manager and knows how to work with what he has got. One of his main challenges at Chelsea would be working with elite footballers. He has not previously managed a top-six team and it would be a brand new experience for him. He is very open to changing his tactics, as he has previously done at Swansea and Brighton. It surely takes a lot of time to adjust in a new, competitive environment, but for someone like Graham Potter, with lots of English Premier League experience, it shouldn’t be that hard.

He is very open to giving all options a chance and no matter how competitive the club is, he will take his time to finally decide what formation best suits his team. He did the same thing while he was at Swansea by changing their formation multiple times but it paid off. That season, Swansea ended up having the most passes per 90 in the Championship.

His job at Chelsea would be to discipline the players and explain his ideology. He has to work and study the playstyles of the players at the club. The Chelsea players haven’t been playing to their very best and it would be Potter’s job to establish their roles. There are a lot of big names on the roster and we will have to wait and see how he lines up for his first match as manager for the club. Top players like Thiago Silva, Raheem Sterling, Pierre-Emerick Aubameyang, Mason Mount and Kai Havertz need to step up.

Tuchel's replacement confirmed within a day in the form of Graham Potter 😵#CFC #ChelseaFC pic.twitter.com/e09A20dyrf

Just like Thomas Tuchel, Graham Potter also loves using his wing-backs. This is absolutely perfect because this is an important similarity between the two managers. It would be easy for the Chelsea players to understand Potter’s style of play when it comes to attacking with the full-backs.

The wing-backs play a very important part in both attack and defence. They align along with the central defenders, defending in a 5-2-3 formation, when they don’t have the ball. This makes it difficult for the opposition to pass through and provides stability at the back. As soon as they get the ball, the central defenders go wider and the wing-backs race forward to provide attacking runs and for crossing opportunities.

Chelsea have some of the best wing-backs in the world with Reece James, Marc Cucurella and Ben Chilwell. He would be looking forward to working with Marc Cucurella once again, who left Brighton this transfer window.

Something important which would need to be done immediately is discussing the transfer strategy with the backroom staff, the board and the owners. Potter really revolutionised Brighton with the players he and his staff identified. He is not used to very expensive signings and such elite players in his squad. Brighton always sold some of their important players every year, yet, they always managed to replace them and didn’t lose momentum and earned extra money as well.

He needs to get back to the backroom staff and sit with them, identifying players they should already be on the watch for the next transfer window. They need to be quick, yet composed and efficient.

All this just comes back to Potter being so invested in statistics and details. He assesses every player for their strengths and weaknesses, followed by assigning them their role in the side. He gives opportunities and does whatever he can so his players can improve. This is a positive mentality and he needs to bring this to The Blues’ dressing room.

5. Backing from the board

At last, he needs to be backed by the board for much longer and he needs to make them realise that he needs time. Chelsea parting company with Thomas Tuchel didn’t seem necessary and was rushed. Something similar doesn’t need to happen again. Potter needs to make his philosophy clear and has to be straight on this new project in this new chapter for him.

This is something which will take time to build. From Brighton and Hove in Sussex to Champions League nights and heavy competition at Stamford Bridge in London, it is a big change and quite overwhelming. Graham Potter has a massive job, building the club back, brick by brick with the owners and players by his side.