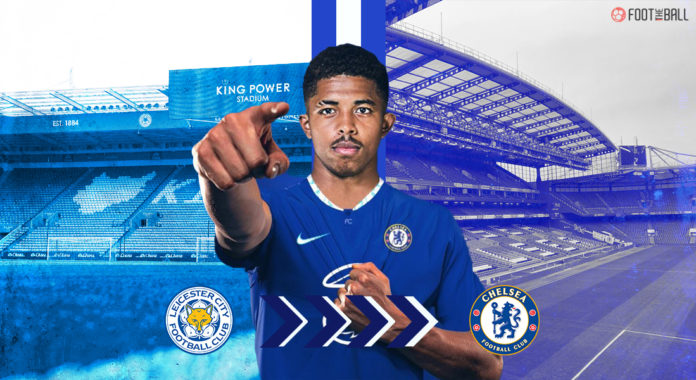 There’s undoubtedly a perception the transfer market has reached a new level of farce this year given some of the deals struck and others that were even touted in the first place. Chelsea have rarely been far from the news, whether they’ve missed out on players (of which there have been many) or perhaps overpaid.

The £62million deal that brought Marc Cucurella to Stamford Bridge was one that especially courted bemusement, with fans, pundits and reporters alike surprised by the transfer fee. Even Manchester City walked away from talks with Brighton and Hove Albion when they couldn’t sign the versatile left-back for £40m.

While heed should be taken from how Fofana proved the sceptics wrong two years ago, it is not unfair to ask whether he is really worth such an eye-watering sum. £80million for a player yet to represent his country at senior level is unheard of and Fofana has still only made 81 career appearances at club level.

Not that Fofana was necessarily their first choice. Chelsea missed out on Matthijs de Ligt and Jules Kounde in pre-season, with the inability to land the latter proving frustrating for the Blues given their attempts to sign him last year as well.

Stylistically, however, Fofana could arguably be better suited than those two players because he is blessed with similar key attributes to Kounde but is already accustomed to playing in a back three like De Ligt, and yet he is quicker than the Dutchman.

Both Chelsea and Leicester have enjoyed a healthy relationship in the transfer market in recent years. Chelsea have signed Ben Chilwell, N’Golo Kante and Danny Drinkwater from Leicester City over the years – but only time will tell if Wesley Fofana is worth the money Chelsea have just splashed on him.

One significant advantage Chelsea have in signing Fofana this summer is that he is a proven Premier League defender. Since joining Leicester City from French club Saint-Etienne in the summer of 2020, Fofana has gone on to make over 50 appearances for the Foxes across all competitions.

Because his first Premier League campaign was so impressive, it’s easy to forget how inexperienced Fofana actually is. He only played 20 Ligue 1 games for Saint-Etienne prior to joining Leicester for the 2020-21 season, and although he went on to feature 28 times in the Premier League that campaign, he hardly appeared at all last term.

A broken leg and medial ligament damage sustained during a pre-season friendly against Valencia in August 2021 ruled Fofana out until April, robbing him of several crucial months in his development. He played seven times between April and the end of the last Premier League season, and those outings seemingly did enough to convince Chelsea he remains a credible option.

Although many eyebrows were raised when Leicester City spent a staggering £32 million to bring in Wesley Fofana, there’s no doubting it’s been money well spent.

With pressure high to translate his sterling form for Saint-Etienne in Ligue 1 into the Premier League, the 21-year-old adapted seamlessly to arguably the most demanding league in world football. Instantly slotting into the Foxes’ backline, he’s been nigh on flawless, with him oozing confidence, assuredness and authority.

Playing with a maturity that belies his tender years, it’s been impressive to see him not just holding his own but starring in his debut season in the Premier League in the 2020/21 season.

Defending with conviction and intelligence, the Frenchman undertakes his responsibilities extremely effectively. Attentive and remaining concentrated, he shrewdly picks up opponents’ movements and acts accordingly. Be it tracking runners in behind, into the channel, into the box or when they drop deep with their back to goal, he’s rarely been caught out. So quick to react to triggers like a pass to feet, a slowly hit pass, if his man is receiving back to goal or in an open posture and when he sees the ball holder preparing to strike the ball, his alertness has certainly been a highlight.

Fofana certainly shouldn’t be accused of being a poor passer. After all, during the 2020-21 season, he had a pass completion of 86.4 per cent and averaged 20.9 forward passes per 90 minutes. However, it was in ball progression and carrying where Fofana stood out, hence why he appears to be a fine alternative to Kounde, whose key strength was similar.

Again, going back to the 2020-21 season due to Fofana’s lack of minutes last term, the France Under-21 international ranked only behind Ruben Dias (824), Harry Maguire (685) and Adam Webster (596) among centre-backs with his 585 carries.

Ball progression is seen as a major responsibility for the modern centre-back, particularly in possession-based systems, and Fofana carried possession 3,591.8m up the pitch in his debut season, the fourth-most among central defenders in the Premier League.

In terms of clearances per game – this means gathering the ball from attackers and relieving the team of pressure with a pass or wild hit – ‘Little Wes’ has amassed 3.5 per game in a positive and possession-based system.

Interceptions per game is where Fofana really shines for the Foxes. Alongside Wilfred Ndidi, Caglar Soyuncu, Ricardo Pereira, and Youri Tielemans, Fofana takes up the role of intercepting attempted passes and breaking up play: accumulating 2.2 at least per game. Tackling is not a measure of success, though it indicates the aggressiveness of a defender. Fofana has an insane 1.9 per game.

The 21-year-old is currently one of the top-rated young defenders in Europe and will possibly fit into a long-term project at Stamford Bridge. Also, considering the current age of most first-team defenders at Chelsea, signing Fofana could inject youthfulness into the team.

In a forward-thinking team like Chelsea, Fofana’s ability to progress play up the pitch quickly with the ball at his feet should be an asset to the Blues.

Whether he represents great value at £70m or £80m is another matter and can only be conclusively answered in hindsight. But given his dynamic skillset, it’s difficult to argue against him being the archetypal modern centre-back, and his age means he could conceivably be a fixture in the team for over a decade. That would certainly constitute value for money.

The likes of Koulibaly, Azpilicueta and Thiago Silva are all over 30 years old. As such, there could be a need to reduce the average age for defenders at Stamford Bridge. Also considering Fofana’s age, the defender could have a decent resale value should the Blues decide to cash in on him in the future.

From a financial point of view, the fee could be considered too high for a player of the calibre of Fofana. While it’s also a risk worth taking, paying such a fee for one player could affect the Blues’ transfer budget.

Blessed with good pace and acceleration, this helps him keep up with runners so he can recover his position, support a colleague and when he steps out to apply an intervention.

Meanwhile, his offensive exploits have been very important. To start with his dribbling, and his ability to carry the ball upfield when possible has seen Leicester bypass the first line of pressure and add another number into their attacks to manufacture numerical superiorities in their offensive half. In the process, he lures out one or more pressers, which means a colleague can venture into the vacated space.

Of course, Fofana doesn’t quite have the same level of experience as the rest of Chelsea’s defence, but with the likes of Cesar Azpilicueta, Kalidou Koulibaly and Thiago Silva already at Chelsea, a bit more youthful exuberance shouldn’t be an issue.